OUT OF MIND » THE INSANITY OF REALITY » POISON PLANET » Is 5G a Sterilization and Eugenics Program?

Is 5G a Sterilization and Eugenics Program? 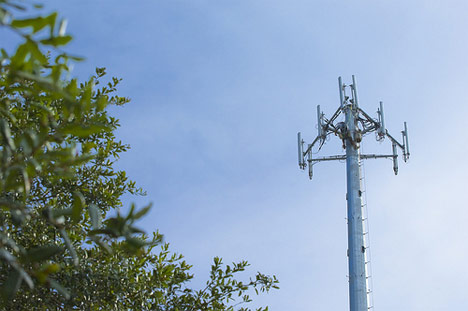 I don’t personally know that Agenda 21 is what Deborah Tavares and many others claim but I will faithfully transmit their message. For years, Tavares has been working to spread the word about what she believes to be various campaigns of stealth genocide associated with the implementation of the UN’s Agenda 21.
Agenda 21 is a non-binding action agenda to foster “sustainable development” through combating poverty in the Third World, changing consumption patterns, population control, nature conservation, pollution control (including “atmospheric protection”) and strengthening the role of NGOs that would promote all of the above.
Originally proposed at the 1992 Earth Summit (UN Conference on Environment and Development) held in Rio de Janeiro, Brazil, Agenda 21 has been elaborated upon substantially since then. It has the support of most European and African nations and Australia. George W Bush and Nancy Pelosi were among the 178 US officials who signed Agenda 21, which in the US is mainly promoted through local government bodies, including 528 US cities.
With regard to the population control aspect of Agenda 21, it was recently reported that in 2015, the US fertility dropped by 600,000, it’s lowest ever. Tavares is adamant in her message here that the new 5G technology – which may already be operative in your wireless router – is a “sterilization technology that is part of a eugenics program”. She says it is an electromagnetic weapons system that operates at the speed of light, “that can kill and torture – and does – and enslave,” and from which there’s no escape.
Barrie Trower, a former member of the British Royal Navy and microwave weapons expert has points out the widely acknowledged fact that there have been no safety tests conducted on these frequencies, whatsoever. Trower says, “It’s not just the general public who don’t really understand it, the scientists who have produced it have absolutely no idea of the mathematics of the waveform that it’s going to produce or that it is producing…
“Leading scientists in 40 countries have warned that the waveforms from 5G can be particularly harmful not just to humans but to all living species.” In 2016, Obama’s FCC Chairman, Tom Wheeler even made rather intimidating statements about why the US would not be held back in its deployment of 5G by safety testing.
The SGTReport’s Sean Kerrigan discusses the laws, including Executive Order 13821 which are aggressively expediting the roll-out of 5G and he shows us the new “Artemis” routers that we’ll soon be seeing everywhere. In December of 2017, California’s Department of Health issued an advisory against cell phones and in 2016, the US National Toxicology Program released a report on its $25M study, concluding that wireless radiation increases cancer.

OUT OF MIND » THE INSANITY OF REALITY » POISON PLANET » Is 5G a Sterilization and Eugenics Program?