OUT OF MIND » THE INSANITY OF REALITY » POISON PLANET » Do Electromagnetic Fields Affect the Pineal Gland, Limiting Human Consciousness?

Do Electromagnetic Fields Affect the Pineal Gland, Limiting Human Consciousness? Fri May 11, 2018 9:33 am 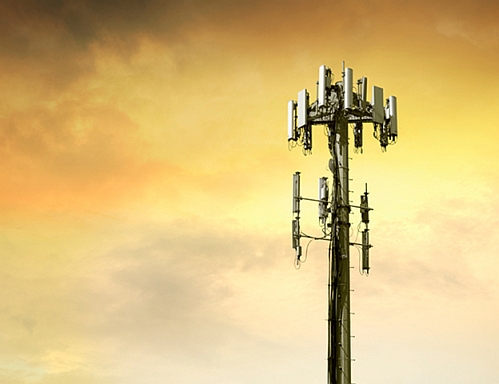 “…the results show the significance of disruption of melatonin due to exposure to weak EMFs, which may possibly lead to long-term health effects in humans.” – Malka N. Halgamuge (Oxford Journals)

As humanity continues into the new millennium, technology and communication continue to play an increasingly important role in human life. Today, most people in developed countries are completely connected through cell phones, tablets and computers. Today’s households have an increasing array of electrical devices, from wireless modems to intelligent appliances to smart meters. Where 50 years ago, 1 electrical outlet per room was sufficient, today, homes have at least 1 outlet per wall on every wall of the house. People are always connected, and figuratively, the world is getting smaller each day.


As the Information Age unfolds, so does information about our exposure to artificial electromagnetic fields(EMF) that many believe can be quite harmful to the human body. Even if you don’t believe that heavy usage of devices such as cell phones can cause cancer and brain tumors, one must acknowledge the documented proof that electronic devices can disrupt or alter brain function. “The International Agency for Research on Cancer (IARC) classifies electromagnetic fields (EMFs) as ‘possibly carcinogenic’ to humans that might transform normal cells into cancer cells.” (source)
One example of research into the effects of EMF includes a study conducted by Bary W. Wilson et al. With their findings published in the Journal of Pineal Research,Wilson et al. examined the possible effects of 60-Hz electromagnetic-field exposure on pineal gland function in humans. In the study, the researchers measured excretion of urinary 6-hydroxymelatonin sulfate (6-OHMS), a stable urinary metabolite of the pineal hormone melatonin, in 42 individuals who used conventional and continuous polymer wire (CPW) electric blankets for the duration of 8 weeks. The researchers reported:

Volunteers using conventional electric blankets showed no variations in 6-OHMS excretion as either a group or individuals during the study period. Serving as their own controls, 7 of 28 volunteers using the CPW blankets showed statistically significant changes in their mean nighttime 6-OHMS excretion. The CPW blankets switched on and off approximately twice as often when in service and produced magnetic fields that were 50% stronger than those from the conventional electric blankets. On the basis of these findings, we hypothesize that periodic exposure to pulsed DC or extremely low frequency electric or magnetic fields of sufficient intensity and duration can affect pineal gland function in certain individuals. – Wilson et al. (Journal of Pineal Research)

Another study was at the University of Berne in Switzerland on the effects of 16.7 Hz magnetic fields on 6-OHMS excretion. This study was based on comparing 6-OHMS levels of 108 male railway workers between leisure periods and days following the start of service on electrically powered engines or working beneath transmission lines. The findings were similar:

Most recently, Malka N. Halgamuge of the University of Melbourne in Australia further examined the effect of man-made EMF on the pineal gland. Halgamuge states in his research that the pineal gland likely recognizes EMF as light, which consequently would result in reduced melatonin production.

“…the results show the significance of disruption of melatonin due to exposure to weak EMFs, which may possibly lead to long-term health effects in humans.” – Malka N. Halgamuge (Oxford Journals)

The pineal gland is a small part of the body’s endocrine system and is located between the brain’s two hemispheres.  This particular gland secretes melatonin, which is believed to contribute to our effects of well-being and happiness and regulates our sleep/wake cycle. Melatonin is also believed to fight free radicals that can damage neurons.


It is documented that the pineal gland is sensitive to all types of magnetic fields, including geomagnetic fields of the Sun’s solar storms, and also extremely sensitive to tissue calcification, especially when exposed to Fluoride, which is also magnetically attracted to the pineal gland, causing a number of mental disorders.
Ancient cultures and modern and modern spiritualists believe that the pineal gland is the location of the “Third Eye” – the seat of the human soul, as deducted by the French philosopher [url=http://www.amazon.com/gp/search/ref=as_li_qf_sp_sr_il_tl?ie=UTF8&camp=1789&creative=9325&index=aps&keywords=Rene Descartes]Rene Descartes[/url], and that it regulates our conscious awareness. Brain scans reveal that pineal gland activity increases with meditation, and many people also believe that the pineal gland can be tuned into certain frequencies which can result in a sense of euphoria and connection with ‘universal oneness.’
For those who have had modern spiritual experiences, especially after cleansing the pineal gland or when practicing pineal activation exercises, you already know that the body can indeed be tuned to receive certain wavelengths of energy, positive or negative, and that anything that agitates the optimal function of the human body also disrupts the individual’s potential to give and receive positive energy.

If human consciousness is indeed affected by the performance of the pineal gland, and the pineal gland is adversely affected by environmental electro-magnetic radiation, then are we damaging our consciousness with over-exposure to electro-magnetic radiation?
In this light, it would appear that setting up massive public infrastructure that inundates the body and the pineal gland with a chaotic blend of powerful frequencies may be another one of mankind’s great blunders.
Sources:
http://efile.mpsc.state.mi.us/efile/docs/13934/0073.pdf
http://brainworldmagazine.com/the-pineal-gland-a-link-to-our-third-eye/
http://www.ncbi.nlm.nih.gov/pubmed/8912234
http://www.newscientist.com/article/dn13769-does-the-earths-magnetic-field-cause-suicides.html
http://rpd.oxfordjournals.org/content/early/2012/10/09/rpd.ncs255.abstract?sid=8937c9cc-2217-4cc5-bf0a-608af5173118
http://www.newscientist.com/article/mg19626344.900-is-the-seat-of-the-soul-in-the-brain.html
Written by Dylan Charles of www.wakingtimes.com

OUT OF MIND » THE INSANITY OF REALITY » POISON PLANET » Do Electromagnetic Fields Affect the Pineal Gland, Limiting Human Consciousness?