OUT OF MIND » THE INSANITY OF REALITY » FINANCIAL COLLAPSE » ITALY: OF COALITIONS AND CURRENCIES

ITALY: OF COALITIONS AND CURRENCIES 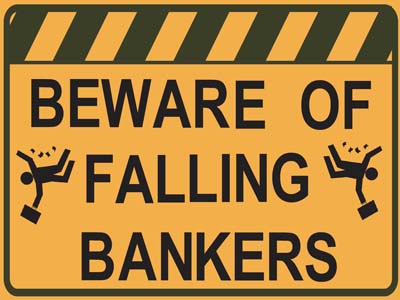 ITALY: OF COALITIONS AND CURRENCIES

This week has been such a good week both for geopolitical articles that people have shared, and for articles on developments in technology and "strange stuff", that I wanted to start out the week with an explicit thank you to all of you who send articles. Though I cannot respond to you all individually any more as I used to do due to the increase of volume, I do want to assure you that I do scan through all the articles I receive during the week, selecting and sorting until the difficult day that I have to make "final cuts" to schedule the coming week's blogs. It's a bit like a smorgasbord of fine food; you want to try out all of it, overfill your plate, and end up not eating all of it.
Well, today's that "difficult day" of sorting through all those articles, and I have to start with this one. For some years, going all the way back to interviews with George Ann Hughes on the Byte Show, I've been saying to "watch Italy", because developments there would affect the course of Europe. It's relatively easy to see why: Italy is the Germany of Southern Europe, that is to say, it sits squarely in the middle of southern Europe, and is thus a bridge between east and west. I also sits squarely astride the central Mediterranean, and thus has had ties to north Africa dating from the Visigoths to Qaddafi. And of course, Italy's influence on the development of our culture, from the arts, letters, music, philosophy and jurisprudence has been enormous.  Think for a moment of the span of time "from Rome to the Renaissance" and you get the idea.
Not surprisingly, then, Italy -which has been on one of the blunt ends of Ms. Merkel's and Mr. Juncker's disastrous immigration/refugee policy - has, like Austria, Hungary, the Netherlands, France, and Germany (well, just about the whole of Europe if you stop and think about it) has had it. The attitude isn't simply cultural; it has become an economic burden when many young native Italians are jobless, in an economy where like elsewhere in southern Europe, there is massive unemployment, particularly among the youth. Additionally, the influx is straining the "social democracies" so carefully constructed after World War II.
And like elsewhere, the recent Italian elections served notice that many Italians have had it with the attempt to create a common cultural basis on the foundations of mere currency. The coalition, however, has been a long time forming:
Italy’s 5-Star, League Reach Deal Clearing Way For "Anti-establishment" Government
Italy, A Parallel Currency, And Immigration – Merkel's Worst Nightmare
Italy, like Austria, Hungary, and Germany, moved to the political right in its last elections, but in Italy, there is one huge difference: in Italy that coalition, as the articles make clear, could not only form, but actually take power.
This is where it gets interesting, for as the second article makes clear, the two things that are driving the coalition's formation are the possibility of forming a parallel currency - can you say crypto-currency? - without formally leaving the Euro or EU, and secondly a revision to Italian and European immigration policy. This, whether one wishes to admit it or not, is a game-changer, for Italy, unlike Hungary, or Austria, is not one of the minor powers of Europe.
With this in mind, what caught my eye for high octane speculation was this; first, the usual "austerity" program coming out of Germany:

Creating an internal domestic currency to run the country on while settling cross-border payments in euros is the means by which to prove to the people what the euro has done to them.  And, any opposition to this plan from Brussels will be seen as yet another way to subjugate Italians a la immigration.
Build the opposition to the euro over time while capitalizing on the anger at the EU now.
Two birds, one stone.
By having this in their back pocket Salvini and Di Maio can present a stronger front to the EU over debt relief and gaining some much-needed fiscal wiggle room. The flat income tax proposal is a brilliant move.  If done right will lower taxes, cut bureaucracy and introduce new efficiencies to the Italian economy currently stifled by what I like to call “German Austerity.”
Austerity is what we Austrian economists preach: lower taxes, less government spending, fewer regulations.  Also, hold monetary policy as neutral as possible and let the currency do what it’s going to do to balance the government’s books.
German Austerity is higher taxes to balance the budget, lowered spending and a strong euro. The latter benefits Germany, under-pricing German labor and over-pricing the vassal state’s.  This keeps that country trapped through high debt servicing costs, never paying off its bills.

Now, if you've really been paying attention to my books and interviews, this parallel currency was the brainchild of - you guessed it - Hjalmar Schacht. Why? Because under the hyper-inflation of the 1920s, the Reichsmark had no stability; once the currency was finally stabilized (via typical Schachtian sleight of hand that we don't have time to go into here, but suffice it to say he was dealing with lots of Soros-like characters, and in handy Hjalmar fashion, put an utter end to it), a parallel currency was introduced (actually two parallel currencies) inside of Nazi Germany, which utterly ended the speculation, and jump-started the economy; these were the so-called Feder notes, or "labor treasury certificates", and the Rentenmark. It is this fact which, when I read the Zero Hedge article, made me laugh, for there is no mention of this Schachtian connection. Indeed, it's a rather obscure, and fine point, but nonetheless it's there. While the Zero Hedge people might or might not be familiar with this little-known but highly important aspect of recent financial history, I strongly suspect that the brain trusts behind these Italian parties do know about it, and that this is one of the most powerful messages being sent to the central banking cabals and currency speculators since... well, since Hjalmar Schacht. After all, the opposition to the immigration and financial policies of Ms. Merkel is coming primarily from northern Italy, places like Venice, Florence, Genoa... you know... where the Italians invented modern banking.  Hmmm...
Now, if you managed to get through that tangled diction, and while we're still in high octane speculation mode, then there's something else I strongly suspect is going on. Consider this very penetrating analysis from Zero Hedge, from the second article:

Immigration and economic opportunity are two sides of the same coin, politically.  This link gets stronger the worse the economic conditions are.  When you have a sclerotic democratic socialist system like in most of Europe and then add a technocratic bureaucracy on top of it you have a powder keg of political revolt.
When the foreign bureaucracy demands enforced immigration to lower labor costs and destroy your culture on the altar of Marxism and globalism, it creates the perfect vehicle for the newly-elected rebel parties to gain tremendous political capital with its people by saying no more.
Just look at places like Hungary, Austria, the Czech Republic and Russia.  Viktor Orban and Vladimir Putin have provided the blueprint for how to consolidate power in response to irresponsible immigration policy.
Now look at Italy.  The League and M5S can form a lasting partnership if they present a fully-united front to Brussels on this issue.  And by being opposed on certain issues it presents an honest face to the people that Italy comes first and from there we can sort out the other problems. (Bold, and bold-italics, in the original; italics alone have been added for emphasis.)

This drives me to my ultimate high octane speculation of the day: Mr. Putin not only consolidated power in part as a response to irresponsible imigration, but also in response to irresponsible economic policy, the "rape of Russia" under the guise of "austerity." Mr. Orban has done much the same. With the entanglement of financial policy and cultural policy, Mr. Putin and Mr. Orban have charted a different political course.
Italy, if if plays its cards carefully, could indeed chart a new course for Europe, and bring some sanity to Berlin and Brussels. More importantly, there's a deeper lesson for western politicians: study carefully what is going on in Poland, Hungary, and so on, for they're textbook cases in national resistance of Mr. Globaloney's anti-national, anti-western culture agenda. "Would you like sauce de Schacht with your parallel local currency, Monsieur Juncker?"
See you on the flip side...

OUT OF MIND » THE INSANITY OF REALITY » FINANCIAL COLLAPSE » ITALY: OF COALITIONS AND CURRENCIES