OUT OF MIND » CHANGING ENVIRONMENT & NATURE » NATURE & ENVIRONMENT » Science news: Octopuses came to Earth from space as frozen eggs millions of years ago

Science news: Octopuses came to Earth from space as frozen eggs millions of years ago

Science news: Octopuses came to Earth from space as frozen eggs millions of years ago Tue May 15, 2018 5:54 pm


OCTOPUSES are “aliens” which evolved on another planet before arriving on Earth hundreds of millions of years ago as “cryopreserved” eggs via a process known as panspermia, radical new research has suggested.

The extraordinary claims were made in a report entitled Cause of Cambrian Explosion – Terrestrial or Cosmic? which was co-authored by a group of 33 scientists and published in the Progress in Biophysics and Molecular Biology journal.

The paper suggests that the explanation for the sudden flourishing of life during the Cambrian era – often referred to as the Cambrian Explosion – lies in the stars, as a result of the Earth being bombarded by clouds of organic molecules.

But the scientists go on to make an even more extraordinary claim concerning octopuses, which seem to have evolved on Earth quite rapidly something like 270 million years ago, 250 million years after the Cambrian explosion.

The paper states: “The genome of the Octopus shows a staggering level of complexity with 33,000 protein-coding genes more than is present in Homo sapiens. 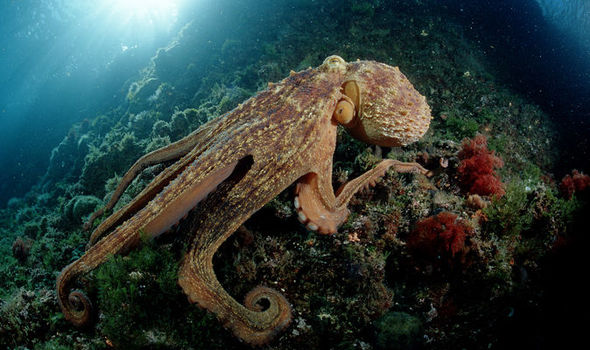 Octopuses, which evolved surprisingly rapidly, are considered the most intelligent non-vertebrates

One plausible explanation, in our view, is that the new genes are likely new extraterrestrial imports to Earth
Study authors

“Its large brain and sophisticated nervous system, camera-like eyes, flexible bodies, instantaneous camouflage via the ability to switch colour and shape are just a few of the striking features that appear suddenly on the evolutionary scene.

“The transformative genes leading from the consensus ancestral Nautilus to the common Cuttlefish to Squid to the common are not easily to be found in any pre-existing life form – it is plausible then to suggest they seem to be borrowed from a far distant “future” in terms of terrestrial evolution, or more realistically from the cosmos at large.

“One plausible explanation, in our view, is that the new genes are likely new extraterrestrial imports to Earth - most plausibly as an already coherent group of functioning genes within (say) cryopreserved and matrix protected fertilized Octopus eggs.

“Thus the possibility that cryopreserved Squid and/or Octopus eggs, arrived in icy bolides several hundred million years ago should not be discounted as that would be a parsimonious cosmic explanation for the Octopus' sudden emergence on Earth circa 270 million years ago.” 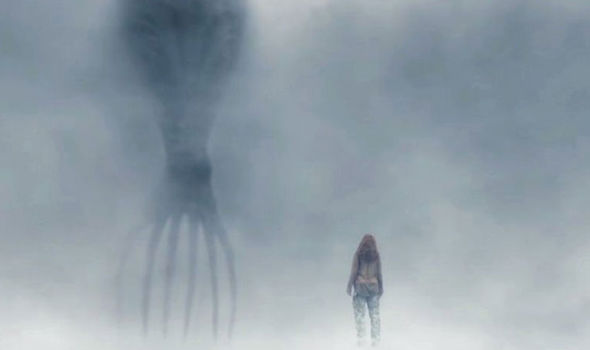 Paramount
The 2016 film arrival features the first contact between people and a race of alien octopuses
The suggestion is all the more interesting because octopuses have frequently been touted as a possible model for extraterrestrial beings.

In his 1898 sci-fi classic Martians in War of The Worlds, HG Wells conceived his Martians as octopus-like creatures with massive brains.

Cephalopods, especially octopuses are regarded as the most intelligent of all non-vertebrates, with the highest brain-to-body ratio. 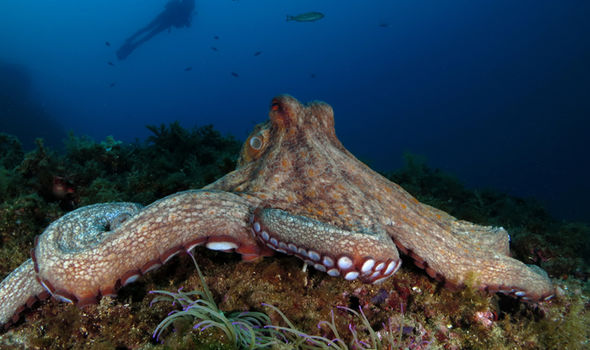 GETTY
Octopuses appear to have evolved surprising rapidly, say scientists
One study has suggested they are capable of observational learning, ie by observing others.

They have even been spotted assembling discarded coconut shells and using them to construct a shelter.

In his book Other Minds: The Octopus, the Sea and the Deep Origins of Consciousness, author Peter Godfrey-Smith wrote: “If we can make contact with cephalopods as sentient beings, it is not because of a shared history, not because of kinship, but because evolution built minds twice over.

“This is probably the closest we will come to meeting an intelligent alien.”

OUT OF MIND » CHANGING ENVIRONMENT & NATURE » NATURE & ENVIRONMENT » Science news: Octopuses came to Earth from space as frozen eggs millions of years ago

» NIBIRU News ~ NIBIRU FROZEN IN SPACE, NO THREAT TO EARTH plus MORE
» Humans have been on Earth for millions of years: Ancient Technologies that shouldn't exist
» NIBIRU News ~ Rocket Launched To Confirm “Nibiru Frozen In Space” and MORE
» A Missile Fired At Earth By The International Space Station? Absoloutely Not!!! (Space News)
» Niagara Falls comes to a halt AGAIN: Millions of gallons of cascading water is frozen in bitter temperatures