OUT OF MIND » TRUTH IN CONSPIRACY THEORIES? » HISTORIES MYSTERIES » Another Ancient "Lady of Elche" Found In Utah?

Another Ancient "Lady of Elche" Found In Utah? 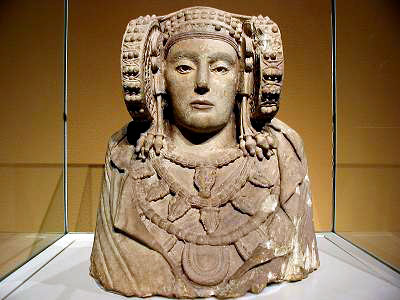 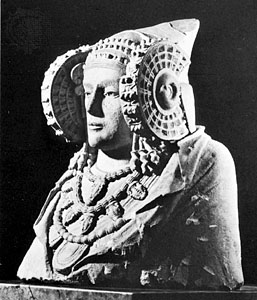 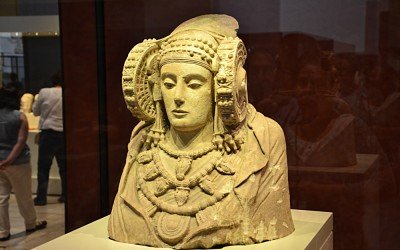 
Patreon: https://www.patreon.com/MysteryHistory Facebook: https://www.facebook.com/MysteryHisto... Twitter: https://twitter.com/Mysterytweetery Steemit: https://steemit.com/@mysteryhistory Narration By Don Moffit: www.DonMoffit.com We previously covered what is undoubtedly one of the most peculiar ancient statues, ever unearthed… Now known as the lady of Elche, she mysteriously turned up in 1897, on a private estate two kilometres south of Elche, Spain. Her unusual headdress is obviously her most baffling characteristic, and a subject of heated debate to this day. Some claim that it is nothing but a mere fashion item, although their links to other ancient examples are reaching at best… Other theories pertain to them depicting some form of ancient advanced headphones, an antenna, or even that she was actually an ancient alien. An additional enigma surrounding the lady of Elche, is the cavity within her back, empty when discovered, the question is, why was the statue made in such a way? What was once placed within the statue? The information known about her, is understandably, extremely limited. She was long thought to be a one of a kind, and as such, easily dismissed by academics as a mere one off… However, it seems the lady wasn’t actually unique. Additionally, she may have actually been a rather well-known figure, to a civilisation, we are possibly yet to understand. Although the statue was found in Spain, in 1969, in Richfield, Utah, another as yet, unexplained object was found. Discovered at a depth of six feet, within soil that contained no other evidence of past disturbance, what some now think was once a buckle, adorned with what is clearly an image of the lady of Elche. The question is, who was the lady of Elche? Why is an ancient, medallion, presumed belt buckle, found within an empty field in Utah adorned with her image. Furthermore, upon the obverse of the buckle, along with the bust of the lady of Elche, is perhaps the most compelling clue pertaining to her identity discovered yet. Many people suspected that due to the lady of Elche’s unusual existence, and the claimed location of the discovery of the buckle. It was claimed that the Utah Lady, was in fact a fake. However, after extensive research, the inscription upon the obverse was found to actually be authentic ancient Assyrian. Translated as, "The Assyrian." Was this the original name for the lady of Elche? Who were these peculiar looking “Assyrians?” Was she a member of the civilisation, modern academia have permitted such extensive study of? If so, why are we not aware of such an clearly famous, yet visually unique character? Were the Assyrians actually another lost, advanced ancient civilisation? Perhaps the inspiration for the name of the Assyrian culture, we are so aware of? Are the real Assyrians being obscured by a claimed, more recent impostor, by academia? Or were they merely a weird fashion item. For now, her identity is still up for debate. However, such finds undoubtedly strengthen some highly compelling possibilities. http://www.thelivingmoon.com/43ancien... http://www.euromarina.com/blog/archae...

OUT OF MIND » TRUTH IN CONSPIRACY THEORIES? » HISTORIES MYSTERIES » Another Ancient "Lady of Elche" Found In Utah?

» Utah Artifacts Links Lady of Elche As An Anunnaki Queen
» Lady of Elche was Alive Once
» Mystery Metal Monolith Found By a Flight Crew In The Utah Wilderness
» Utah Man Knows Where Local Giants Are Buried
» ~ The Ascended Masters Saint Germain & Lady Portia and El Morya & Lady Miriam How Can I Ascend? Part 2 ~~ August, 2012