A genealogical investigation has revealed that Prince Harry and his American fiance Meghan Markle are in fact distant cousins, related through a late 15th Century ancestor of the Queen Mother.

MyHeritage.com is a genealogy service that looked into Markle’s family tree following the news of the royal engagement to Harry. The results indicated that Markle is related to William Shakespeare and Winston Churchill. More importantly, according to MyHeritage, the engaged couple are descendants of Ralph Bowes, a 15th century British high sheriff whose bloodline traces through to the Queen Mother, Harry’s great-grandmother.
“When we heard the wonderful news about Harry and Meghan’s engagement, we wanted to help Meghan discover some English roots of her own. I’m sure she will be delighted to know that she comes from such prestigious British stock. We are not sure if Ms Markle is aware of her connection to such eminent Britons, however, it seems that she was always destined to be a Brit,” a spokesperson for MyHeritage said.
Prince Harry and Meghan Markle’s ancestral connection may come as a surprise to some, but  there is evidence to suggest that the elite have been breeding among themselves for years. 12-year-old BridgeAnne d’Avignon took it upon herself to trace back both female and male bloodlines of world leaders and found that all 42 US presidents (except one) are related to one British King. Watch the video below: 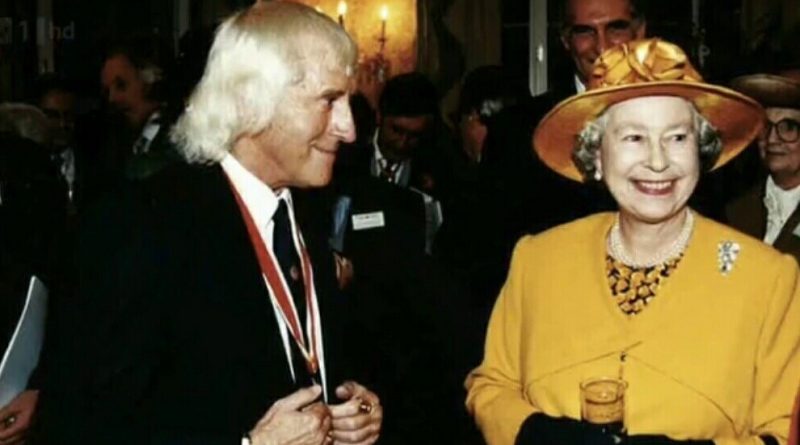 May 20, 2018 renegade
By Arjun Walia
[…] The idea of taking another against their will and subjecting them to such things goes against the moral code we are all born with, as do many other things. This stuff can be scary to even think about, so many of us turn a blind eye but the fact remains, silence does absolutely nothing, and it’s time we ask ourselves, who are we really accepting and electing as our ‘leaders’? As our governors? Decision makers? The ones that seem to create the future, our interests, our wants and needs, the ones we have chosen to depend on for our food, health and water? Can we really trust them? What’s really going on in the upper echelons of the deep state?
It’s no different from the Royal Family, and wedding celebrations that are televised to billions across the globe. So much attention is given to these events it’s embarrassing, and makes you realize how little we know of our own history. If you really look into the history of the Royal Family, and Royal Family bloodlines, things aren’t as they’ve always been presented to us. Why is it on the attention of so many? Because that’s the way they do things, it’s pure manufactured attention, literal brainwashing, simply because this aristocratic family, one of multiple, completely controls mainstream media. This is quite clear if you simply follow the money, and all of the corporate and government influence that is put into mainstream media, and the history of royalty as well as the relationship between the church and state for centuries.
These people are portrayed as ‘good’ people, and perhaps many of them are, but the fact remains, it’s just down right weird how they are made to be worshipped and idolized, just like many presidents, politicians and entertainers, almost as if they’re being used as distractions. It seems that ‘they’ can paint anybody they’d like in whatever light they please, as well as manufacture information for the masses to consume.
Meanwhile, there are lawsuits and multiple accusations in these fields, among the rich, famous and aristocratic, that really make one wonder what’s going on? And what could our world ‘leaders’ really be involved in?
The Vatican is a great example, they’ve paid nearly $4 billion already to settle child molestation lawsuits.
Pedophilia is a big problem, and has been for a while. For decades, and more recently with the Harvey Weinstein case, Corey Feldman’s revelations and more, people in positions of great power have been implicated in this type of activity, but it doesn’t stop in Hollywood. Pedophilia and child trafficking has plagued the world of politics as well as the military industrial complex for a long time.
The recent Pizzagate scandal involving long time high ranking politician John Podesta, forced many people to look into this theory more. Jeffrey Epstein is another classic example, or the fact that a recent NBC news report claimed that Hillary Clinton, while acting as secretary of state, shut down an investigation into an elite pedophile ring in State Department ranks in order to avoid scandal and protect the careers of high ranking officials and an ambassador. James Grazioplene, a high ranking retired army general who worked in the Pentagon and as the Vice President of DynCorp, is currently facing six rape charges of underaged persons. As far back as 2005, U.S. congresswoman Cynthia Mckinney grilled Donald Rumself on private military contractor’s (DynCorp) child trafficking business of selling women and children.
The crazy thing is that sometimes it seems to be normalized. Even the UK government & the Catholic Church have sated that children can consent to such things… 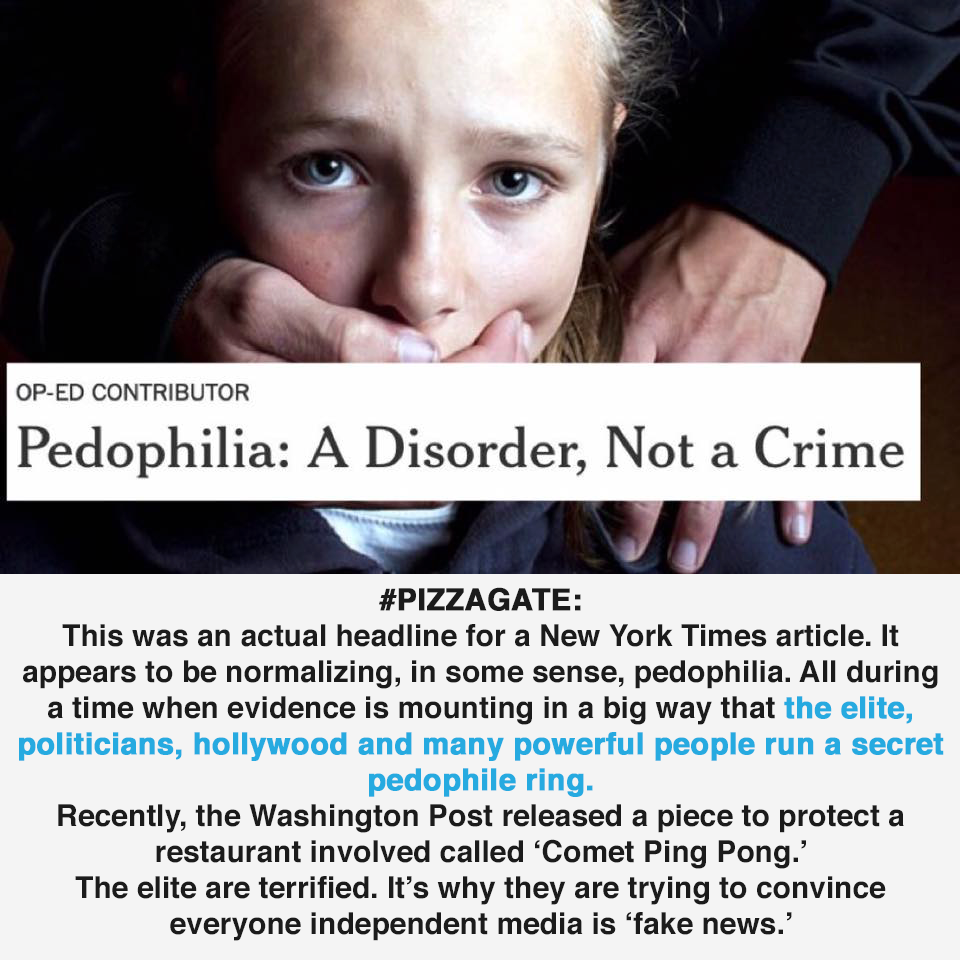 The royal family is no exception, Jeffrey Epstein (linked above) can be seen pictured with multiple Royals by a simple google search. Britain has been rocked with pedophile scandals since Royal Family friend, Jimmy Savile, was involved in widespread child sex abuse.
A picture speaks a thousands words, but it’s not that Prince Charles has many memories with him and is seen photographed with him all the time, it’s the actual evidence and connections that are briefly touched upon below. 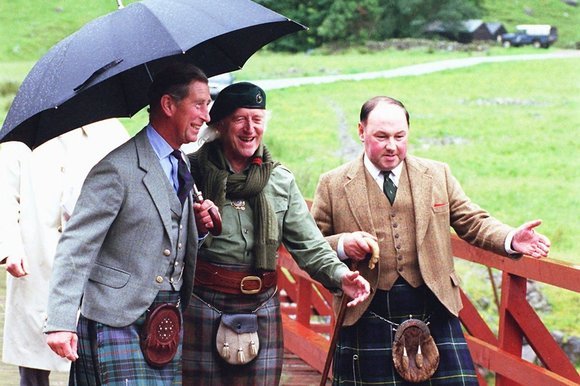 Documents show that the Director General of MI5 from 1985 to 1988, Anthony Duff, told Thatcher’s Cabinet Secretary that an unnamed MP had a “a penchant for small boys”. Duff’s 1986 letter to the Cabinet Secretary reveals that he accepted the MP’s denial of any wrongdoing largely on the basis that: “At the present stage… the risks of political embarrassment to the government is rather greater than the security danger.” You can read more about that here.
Even employees of the British Royal Family have been implicated.
The encouraging thing is that all of this information seems to be quite mainstream, and it seems that almost everybody knows about it. But then why does it appear that so much of the publics attention goes into watching these events? If you look at what is trending, Royal Family events are huge.
A member of the Royal family was claimed to be part of a suspected paedophile ring under investigation by police in the late 1980s, a former Metropolitan Police officer said he was told by a detective sergeant that the investigation into the ring, which was also claimed to include an MP, was shut down for national security reasons. You can read more about that here.
This has happened many times, and it really goes to show you where the power lies… there are connections everywhere.
Something New Has To Be Created
It can be hard to accept that the global elite, the ones who have such influence and power in this world could be doing such things, but is it really all that surprising? Personally, after looking at what’s happened overseas in Iraq, what’s happening in Syria, what happened in Libya and the slew of false flag terrorism, these are lies that have been dished out from these mouths for decades. They are nothing but puppets representing a greater power with an agenda, an agenda that the world is now waking up to.
The thing is, we are all co-creators of our reality here. The collective consciousness includes everyone, so while those powerful group of people try and create one experience, the masses waking up to, acknowledging it, and deciding that the information does not resonate, can actually create something else.
Things are in a constant state of change, and the question as to when big events, revelations, and changes will occur is basically the decision of all of us, and it’s continually speeding up and the disclosure of a wealth of information that seems unbelievable will continue to happen.
The fact that our global elite doesn’t really have the best interests of humanity in mind, and that they do not make decisions for the betterment of humanity, planet Earth, and all life upon it means it’s time for a chance. It’s time to do away with this system, and create something new. We cannot keep doing the same thing, playing the same game, and simply expect things to change.
One thing is quite certain, those whom we hand over our own power to make decisions, are in no place to do so. […]

This article originally appeared on Collective Evolution. It has been edited down here.