OUT OF MIND » THE INSANITY OF REALITY » #QTARD DRAMA THEATER ARCHIVES » QAnon Gets Exposed Once and For All | Lt. Col Potter

QAnon Gets Exposed Once and For All | Lt. Col Potter 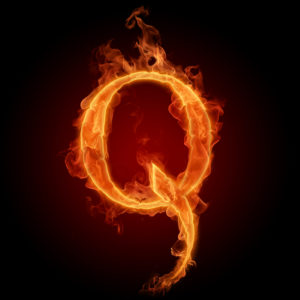 Wow. Q just went down in flames, ironically enough. The dark always screws up eventually.
This is the END of this conversation. Finally! QAnon has been exposed for what they are, and what I said they are, and what Betsy and Thomas at AIM4Truth and Cicada 3301 said they are. They exposed themselves with thousands watching.
Pamphlet Anon (whoever the hell that is) logged in with Q’s identity—ooops!—and then tried to cover it up—and there’s much more and plenty of proof.
I did the research after AIM4Truth and Defango told us the back story and told my readers at the end of March that the first QAnon was created by Cicada 3301, comprised of genius patriots, including remote viewers who could see the future. We have had no accurate predictions (unless they were the kind I could have predicted myself) since the deep state hijacked the original Q late in 2017. They lied and cheated and people ate it up because they wanted to believe. They wanted to believe the “guns are safe” and that high level patriots are saving America, even though hi-level patriots don’t to this kind of thing.
I have listened to some admirable videos from Col. Potter—and this one took me hours to get through because it kept stopping— but it was so good I had to get to the end. Bravo, Roy!
The colonel took so many words out of my mouth that I was about to publish tomorrow. I went through all my YouTube subscriptions in the past few days and while many channels had been deleted, it was surprising how many talked about nothing besides Q. (Funny they didn’t get removed.)  I unsubscribed to those.
There is so much more going on than the fake Q “predictions”—and Roy and Montagraph get into how they make it look like Q is holding pinkies with President Trump.
Montagraph called Roy on the phone around the 1 hr. 23 minute mark of the video and spilled the beans on a number of aspects of the QAnon psyop that you can research for yourself.
The hijackers even attacked Isaac Green on Twitter when he realized it was a psyop and spoke out about it. They said he is “deep state”. Isaac? Deep state? Give me a break.
We tried to tell you. It’s time people got wise and stopped spending their time and money supporting this nonsense.  ~ BP

OUT OF MIND » THE INSANITY OF REALITY » #QTARD DRAMA THEATER ARCHIVES » QAnon Gets Exposed Once and For All | Lt. Col Potter