Enough is Enough: Why The U.S. Clearly Needs An Independent Vaccine Safety Organization

Enough is Enough: Why The U.S. Clearly Needs An Independent Vaccine Safety Organization Thu May 24, 2018 3:22 pm 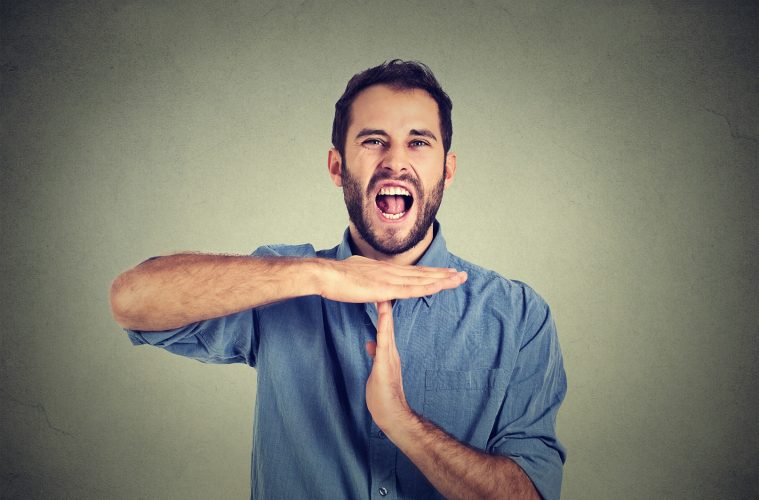 By the World Mercury Project Team

Most Americans are oblivious to the huge annual burden of chronic illness, injuries and deaths linked to vaccines. Some of the blame for the public’s ignorance belongs to a complicit media that “pretends that vaccine-related injuries do not occur.” However, the lion’s share of culpability for the buried story likely rests with the two federal agencies charged with vaccine oversight—the Food and Drug Administration (FDA) and the Centers for Disease Control and Prevention (CDC)—both of which regularly engage in various forms of deception to uphold their bland narrative that vaccines are unambiguously safe.
The two agencies claim that they only license vaccines and allow them to remain on the market if the vaccines’ benefits outweigh their potential risks. Yet credible accusations have surfaced for years—aired by legislators, researchers, watchdog groups and many others—that both the FDA and CDC lack the impartiality required to make accurate judgments about vaccine safety. How can they, when the CDC’s dual mandate is both to monitor vaccine safety and promote vaccines?
Recognizing that this represents an “enormous” and “inherent” conflict of interest, a few gutsy legislators periodically have attempted to establish an “objective and non-conflicted office,” the sole purpose of which would be “to address, investigate, and head off potential vaccine safety problems.” Thus far, these efforts have gone nowhere, but even a cursory look at the agencies’ capture by industry confirms that it is time to stop allowing the fox to guard the hen house.
The congressional committee noted that FDA and CDC advisory committee members and chairpersons own stock in the vaccine companies under consideration as well as owning vaccine patents.

There are many reasons why the public needs and deserves an independent vaccine safety organization. One of the most significant criticisms has to do with the FDA’s and CDC’s business-as-usual reliance on external experts with financial ties to the pharmaceutical companies and/or products that they are evaluating. Little has changed since a congressional Committee on Government Reform outlined this problem nearly two decades ago. The Reform Committee examined the doings of the FDA’s Vaccine and Related Biological Products Advisory Committee (VRBPAC), which determines whether new vaccines should be licensed, and the CDC’s Advisory Committee on Immunization Practices (ACIP), which recommends vaccines for inclusion in the childhood vaccine schedule.
The congressional committee noted that FDA and CDC advisory committee members and chairpersons own stock in the vaccine companies under consideration as well as owning vaccine patents. The CDC “grants conflict of interest waivers to every member of their advisory committee a year at a time and allows full participation in the discussions leading up to a vote by every member,” even if a member has a financial stake in the decision.

The Reform Committee also discussed the example of the FDA’s vote to approve the ill-fated rotavirus vaccine. Ten of the fifteen VRBPAC members were either absent or were excluded from the vote, whereas five “temporary” members parachuted in to join the remaining five in voting to license the vaccine. Moreover, “three out of the five [permanent] members…who voted for the rotavirus vaccine had conflicts of interest that were waived.”
Overall, the congressional review sketched a portrait of an “old boys network” of experts and advisors who “rotate between the CDC and FDA, at times serving simultaneously.” In one case, after finding that an expert had served continuously for 16 years, the chairman asked, “With over 700,000 physicians in this country, how can one person be so indispensable that they stay on a committee for 16 years?”
A 2009 report…determined that CDC continued to display “a systemic lack of [ethics] oversight.”

Despite stern rebukes, CDC and FDA don’t fix the problems

Unfortunately, there is no grounds for assuming that the two agencies have fixed these rampant conflict-of-interest problems. A 2009 report by the Office of the Inspector General (OIG) at the Department of Health and Human Services determined that CDC continued to display “a systemic lack of [ethics] oversight.” Virtually all (97%) of the individuals sitting on CDC advisory committees, including ACIP, omitted relevant financial disclosure information from their required ethics form, and CDC rarely complied with the requirement to “identify and resolve all conflicts of interest…before permitting [those individuals] to participate in committee meetings.” Although the OIG sternly rebuked the CDC to do its job in obtaining complete financial disclosures, the CDC balked at “fully implementing” the recommendation, describing it as “impractical.”
In 2014, a Drexel University researcher examined 15 years’ worth of conflicts of interest at the FDA, framing them as a significant “health policy problem” driven by both financial ties and “selection” mechanisms (that is, committee members who are “predisposed to favor pharmaceutical companies”). A 2015 article in the British Medical Journal (BMJ)illustrates the ongoing magnitude of the problem, showing how drug and device companies paid roughly $3.7 billion to U.S. physicians and teaching hospitals over just one half-year period; as the BMJ incisively states, “financial conflicts of interest in medicine are not beneficial, despite strained attempts to justify them and to make a virtue of self-interest.”

Although the FDA and CDC claim to take vaccine safety seriously, another favorite tactic is to downplay actual and potential vaccine risks. This is particularly apparent when the two agencies denigrate the very surveillance system that they co-administer. The Vaccine Adverse Event Reporting System (VAERS) carries out spontaneous surveillance, meaning that “no active effort is made to search for, identify and collect information, but rather information is passively received from those who choose to voluntarily report their experience.” Because of these features, FDA and CDC authors readily admit that their system has “inherent limitations,” and Harvard researchers agree, noting that VAERS is subject to “incomplete recognition of potential adverse events, administrative barriers to reporting, and incomplete case documentation.” The VAERS capture rate of as little as one percent of actual vaccine-related adverse events “preclude[s] or delay[s] the identification of ‘problem’ vaccines”—“potentially endangering the health of the public.”
Even with the massive underreporting, VAERS receives approximately 30,000 reports annually, up to 4,500 of which the CDC characterizes as serious—meaning that “the adverse event resulted in permanent disability, hospitalization, life-threatening illness, or death.” Lest the public worry about these thousands of reported injuries, the CDC has a ready answer. The agency asserts (without the slightest hint of irony) that “while these problems happen after vaccination, they are rarely caused by the vaccine.” Both the CDC and FDA shore up this oddly unconcerned attitude by regularly publishing boilerplate agency-authored VAERS analyses that declare “no new or unexpected [adverse events] patterns.”

“Cozy corporate alliances” and an emphasis on public-private partnerships tilt the CDC’s and FDA’s actions in favor of industry in numerous ways. For example, the CDC and vaccine manufacturers co-fund a variety of “sock-puppet mouthpieces” disguised as independent non-profits; these front groups make it possible for the CDC to circumvent lobbying restrictions and support a compulsory vaccination agenda. World Mercury Project has described numerous other examples of bias and wrong-doing at both agencies. The CDC, for example, has:

Meanwhile, the FDA has:

With the FDA and CDC having repeatedly demonstrated their prioritization of industry profits over public safety, the time is past due for creating an independent agency that takes vaccine safety seriously.

Two to four million individuals suffer “serious, disabling, or fatal injury” associated with prescription drugs each year (including an estimated 128,000 deaths), but these incidents tend to remain outside the public eye. Even with the opioid epidemic, it took over a decade for the media to begin reporting the story and even longer (until 2017) for the government to declare the epidemic a national health emergency.
It is unconscionable that vaccines with doubtful safety data continue to be rushed onto the market while the ensuing injuries and deaths remain in the shadows. With the FDA and CDC having repeatedly demonstrated their prioritization of industry profits over public safety, the time is past due for creating an independent agency that takes vaccine safety seriously. A former program director at the National Institutes of Health wrote a couple of years ago about the role of vaccines in creating a powerful medical establishment—supported by drug-profit-hungry businessmen and philanthropists. In that author’s words, “improved public health is possible only by switching the current corruptive and abusive culture of ‘who you know’ to a culture of ‘what you know.”
Sign up for free news and updates from Robert F. Kennedy, Jr. and the World Mercury Project. Your donation will help to support us in our efforts.