OUT OF MIND » CHANGING ENVIRONMENT & NATURE » NATURE & ENVIRONMENT » A Blue Whale Has Been Spotted in The Red Sea For The First Time, And Scientists Can't Explain It

A Blue Whale Has Been Spotted in The Red Sea For The First Time, And Scientists Can't Explain It

A Blue Whale Has Been Spotted in The Red Sea For The First Time, And Scientists Can't Explain It
We need to pay attention.
DAVID NIELD
1 JUN 2018
A rare and endangered blue whale has been spotted in the Gulf of Aqaba in the Red Sea, the Egyptian Ministry of Environment has reported, the first time that the largest of all the animals has been seen in these waters.
Blue whales are spread throughout most of the world's oceans, but typically steer clear of shallower seas and seas largely enclosed by land, like the Mediterranean Sea and – up until now – the Red Sea. Seeing a whale in this location is completely unexpected.
While the Egyptian authorities say they are carefully monitoring the whale, it's not clear exactly why it's veered so far away from home.
The waters of the Red Sea are not only far away from where these whales usually hang out, they're also warmer than the spots the mammals would normally be at this time of year. 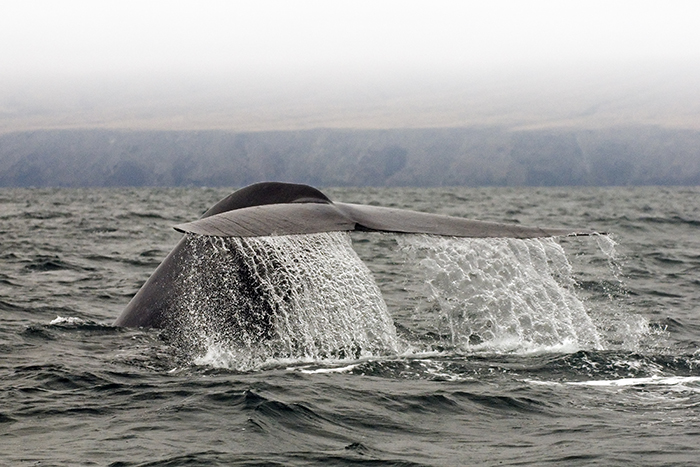 A blue whale off the Channel Islands. (roclwyr/iStock)
Whatever the story behind this blue whale veering off course, it's an impressive sight. These creatures can grow up to 30 metres (or 98 feet) long, and can weigh in at around 200 tons. Their tongues alone often weigh as much as an elephant.
Blue whales usually have a finely honed migration routine, which makes the Red Sea sighting all the more strange. They head towards the cooler water of the poles in summer, to feed, then head back to warmer climes in winter to breed.
The fact that this whale is alone isn't too out of the ordinary though – whales often travel alone or in small groups of two or three, though they have been spotted in bigger groups, often around feeding season.
This particular whale, a pygmy blue whale, was spotted around 300 metres (985 feet) from shore, reports Egypt Today, though it poses no threat to tourists or divers. One hypothesis is that the whale has simply lost its way during the migration season.
After relentless hunting, these amazing creatures almost went extinct before gaining worldwide protection status in 1967. Today there are thought to be a maximum of 25,000 blue whales in the world's oceans.
The populations of blue whales across the globe remain in a fragile state, and the animals are currently threatened by chemical and sound pollution, loss of habitat, overfishing, and of course direct strikes with ships, or encounters with fishing nets.
Climate change is worrying for blue whales too – not only could warming temperatures push their feeding grounds further south and make them more difficult to reach, they could also reduce the numbers of krill that blue whales rely on for food.
All of which means we need to keep a very close eye on these gigantic beasts for the foreseeable future – especially when they venture into new places.

OUT OF MIND » CHANGING ENVIRONMENT & NATURE » NATURE & ENVIRONMENT » A Blue Whale Has Been Spotted in The Red Sea For The First Time, And Scientists Can't Explain It