OUT OF MIND » THE INSANITY OF REALITY » GOVERNMENTS & THE NEW WORLD ORDER » Shocking Actions of UK Parliament with Google Executives re: Tommy Robinson 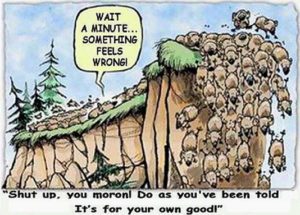 It’s not about the UK. It’s not about Canada. It’s not about America. When people begin singing in the key of “we” rather than “me”—change will happen. It will take all of us to make the changes necessary to stop the runaway train on the way to hell and eventual extinction—if the controllers have their way.
This video begins by showing us the views of several protestors in Toronto, Canada this past weekend who realize what happened in Leeds, UK when Tommy Robinson was illegally arrested for doing what other independent journalists have done: reporting on violent rape gangs. I was suitably impressed with the footage.
Not all the demonstrators interviewed were 100% woke, but they knew a significant amount and it was impressive. It made my Canadian heart swell with pride. We are sick of being told we are racist when we speak out about the activities of various groups who may not be white.
Ontario residents are encouraged to think twice about voting at all tomorrow. Some feel that to vote is to validate the “system”. To vote is to move voluntarily down the cattle chute into the corral, soon to be shuttled off to market—and slaughter. That’s all we are to the New World Order. Cattle. Chattel. Theirs to dispose of as they wish. (they believe)

Why vote on June 7 in Ontario?

Read more at the link below.
BEFORE you vote in Ontario listen to fellow Ontarian @ Virginia Beach Chemtrail Conference

Be sure to stick with the video below until the clip (ca. 26 min.) of the UK parliament grilling the Google executive and demanding why they haven’t shut down Tommy Robinson’s YouTube page. Shocking? Not really—if you’re fully awake. The writing has been on the wall for a long time, my friends. The poor “Google guy” is sitting there all alone defending his company.
The anti-human establishment intentionally “imported” Muslim men into multiple Western countries purposely to destroy our societies, prey on women, and create violence and suffering. It’s not about race, but they MAKE everything about race to shut us up. To shame us. They threaten to throw us in jail for making “racial” comments.
Canada has welcomed immigrants with open arms since the 70’s when Pierre Trudeau opened our borders so leniently. Most of us globally don’t indiscriminately hate people, but we have a problem with violence, and if it’s specific groups who repeatedly execute violent acts against the populace of our countries, we WILL speak of it. We WILL expose it, and we will see to it that those who don’t support us in this will be removed. It’s a process, and it starts here. With us. Each one of us, and there’s no time to lose.
Don’t procrastinate. We barely took action in time. It really was almost too late. We are on the edge of that cliff in the image above and now we have a big job ahead of us. It’s time to speak up and take action!  ~ BP

OUT OF MIND » THE INSANITY OF REALITY » GOVERNMENTS & THE NEW WORLD ORDER » Shocking Actions of UK Parliament with Google Executives re: Tommy Robinson