Pope Francis to Be Arrested on Child Trafficking 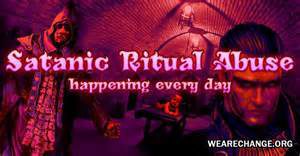 Pedophilia, human trafficking and Satanic ritual abuse are quickly coming to the forefront of the news and we aim to keep the coverage coming because it’s imperative that the general public realize how rampant and all-pervasive this parasitic, inhuman behaviour is on our planet. Human sacrifice—and worse—are far more common than most realize and covered up at the highest levels. Those we would least expect to participate in these satanic activities are the ones involved, as David reveals.
David’s videos have not been removed from YouTube to my knowledge, and I believe that is because he shares headlines that have been published by others, for the most part. They are generally in the alternative news via other independent publishers, or via Kevin Annett at the ITCCS (International Tribunal for Crimes of Church and State).
Read the May 30 update regarding the Poop at ITCCS at the link.  ~ BP

David Zublick Channel
Published on Jun 5, 2018
An arrest warrant has been issued for Pope Francis on charges of crimes against humanity, including child trafficking and murder. Is the pontiff who just apologized for the sins of pedophile priests a predator himself? Will the pope’s arrest be the downfall of the Roman Catholic church, bringing millions of believers to their knees?
David Zublick unseals the horrible truth in this special report!