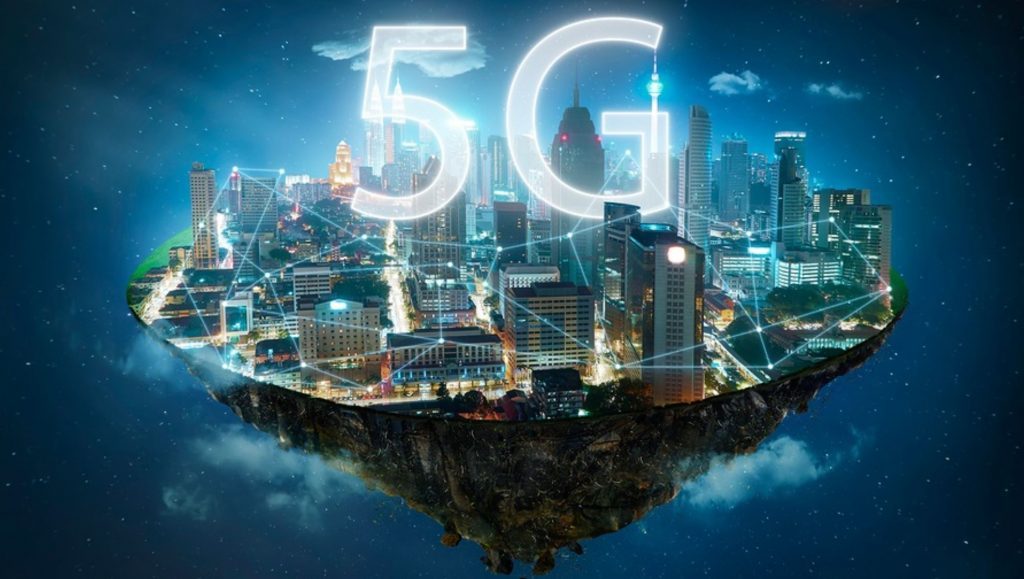 
Microwave technology seems to have been around ‘forever’, so that’s probably why very few tech consumers question its safety. However, consumers should know the latest and most ‘coveted’ update to technology is the Internet of Things, which will become “Big Brother Personified.”
Not only will the IoT report back (i.e., spy?) to high-speed computer data centers consumers EVERY activity, IoT will super-saturate your physical body and brain with extremely rapid oscillation Gigahertz (GHz) frequencies needed to implement IoT, which probably will become physically uncomfortable, as being reported by current research studies.
The U.S. military has pressed hard for each generation of microwave updates to the point where 5G is their “war weapon” that will be pressed in to civilian use for higher speed Wi-Fi.

[https://en.wikipedia.org/wiki/Watt ]
“EMF exposure can change gene and/or protein expression in certain types of cells, even at intensities lower than ICNIRP recommended values.” [CJF emphasis]
Source: BioInitiative 2012*, Table 1-1 BioInitiative Report Overall Conclusions, Section 5 Genotoxicity Pg. 2 of 16
***
Dr. Henry Lai, PhD, Professor Emeritus of Bioengineering, University of Washington, discovered in 1995 damage to rat brains at Radiofrequency radiation levels deemed as ‘safe’ by the FCC.
Research scientist George Carlo’s independent research established wireless radiation RAISED the risk of brain cancer, which led the cellular communications industry to discredit Carlo’s work.
The National Toxicology Program (NTP) cell phone radiation study data released in March of 2018 provided evidence that cell phone microwave radiation caused cancers in rats, e.g., rare schwannoma heart tumors and brain tumors.
“The study looked at only 2G and 3G frequencies, which are still commonly used for phone calls. It does not apply to 4G or 5G, which use different frequencies and modulation, he [John Bucher, a senior scientist with NTP] said.” [CJF emphasis]
Source: Reuters
***
Based upon current research findings, the FCC’s 1996 recommended RF limits/safety standard of 0.6mW/cm2 for 30 minutes of exposure time is seriously flawed and must be corrected to reflect dangers inherent from non-ionizing RF radiation.
Proof of the above statement are 27 citations of scientific studies reporting adverse health effects at levels less than 0.00063 m/W/cm2. These studies can be found enumerated at http://www.bioinitiative.org/conclusions/. There are too many to list here, but it is important to list:
DEFINING A NEW ‘EFFECT LEVEL’ FOR RFR
On a precautionary public health basis, a reduction from the BioInitiative 2007 recommendation of 0.1 uW/cm2 (or one-tenth of a microwatt per square centimeter) for cumulative outdoor RFR down to something three orders of magnitude lower (in the low nanowatt per square centimeter range) is justified.
A scientific benchmark of 0.003 uW/cm2 or three nanowatts per centimeter squared for ‘lowest observed effect level’ for RFR is based on mobile phone base station-level studies. Applying a ten-fold reduction to compensate for the lack of long-term exposure (to provide a safety buffer for chronic exposure, if needed) or for children as a sensitive subpopulation yields a 300 to 600 picowatts per square centimeter precautionary action level. This equates to a 0.3 nanowatts to 0.6 nanowatts per square centimeter as a reasonable, precautionary action level for chronic exposure to pulsed RFR.
These levels may need to change in the future, as new and better studies are completed. We leave room for future studies that may lower or raise today’s observed ‘effects levels’ and should be prepared to accept new information as a guide for new precautionary actions.

Source: BioInitiative 2012 “A Rationale for Biologically-based Exposure Standards for Low-Intensity Electromagnetic Radiation” Conclusions
***
However, there are several specific studies performed using various low level µW/cm2 I’d like to bring to your attention:
1 – 0.13 µW/cm2
Radiofrequency radiation from 3G cell towers decreased cognition, well-being. Zwamborn, 2003. https://www.rsm.govt.nz/projects-auctions/current-projects/preparing-for-5g-in-new-zealand/folder-potential-health-effects-of-5g-technology/attachment-3-submission-261.pdf
2 – 0.168-1.053 µW/cm2
Irreversible infertility in mice after 5 generations of exposure to Radiofrequency radiation from an ‘antenna park’. Magras & Zenos, 1997. https://www.rsm.govt.nz/projects-auctions/current-projects/preparing-for-5g-in-new-zealand/folder-potential-health-effects-of-5g-technology/attachment-3-submission-261.pdf
3 – 0.16 µW/cm2
Motor function, memory and attention span of school children affected in Latvia. Kolodynski, 1996.
Resource: Power Density: Radio frequency Non-Ionizing Radiation [14 pages with hundreds of citations] http://citeseerx.ist.psu.edu/viewdoc/download?doi=10.1.1.563.3898&rep=rep1&type=pdf
4 – 60 to 100 μW/m2
Whole human body chronic exposure to base station Radiofrequencies showed increased stress hormones; dopamine levels were substantially decreased; there were higher levels of adrenaline and nor-adrenaline; and chronic physiological stress was produced in cells after 1.5 years. Buchner, 2012.
Source: Reported Biological Effects of RF & Microwave Radiation Power Density μW/m2
http://www.stopsmartmetersbc.com/wp-content/uploads/2016/08/ReportedBiologicalRFEffectsChart.pdf
5 – Interestingly, between 2007 and mid-2012, sixty-nine (69) new ELF-EMF study papers were published regarding neurological effects from ELFs-EMFs. Of those 69 papers, 93% (64) show adverse effects, whereas only 5 (7%) show no adverse effects. Lai, 2012.
Source: https://ecfsapi.fcc.gov/file/7520939118.pdf [Pg. 10 of 17 pages]
6 – Numerous sperm studies have been replicated showing the adverse effects on sperm quality, motility and pathology in men who use and wear live cell phones on their bodies, PDA or pagers on their belts or in a pants pocket. Here’s one example:
See https://www.ncbi.nlm.nih.gov/pmc/articles/PMC4074720/
CONCLUSIONS
[a] Long–term semen exposure in the area of mobile phone RF–EMR leads to a significant decrease in the number of sperm with progressive movement and an increase in those with non–progressive movement.
Prolonged direct mobile phone exposure may bring about sperm DNA fragmentation
[c] For men readying themselves for fatherhood, especially when registered fertility problems exist, it would be better to avoid holding a mobile phone in a trouser pocket for long periods of time.
Other papers reporting sperm being affected by RFs-EMRs include: Agarwal et al, 2008; Agarwal et al, 2009; Wdowiak et al, 2007; De Iuliis et al, 2009; Feyes et al, 2005; Aitken et al, 2005; Kumar, 2012.
***
There are in excess of 4,000 scientific studies reporting biological and adverse health effects from non-thermal radiation exposure and yet the FCC and microwave trade associations deny them, plus do not factor those findings into establishing correct ELF-EMF-RFR safety guidelines.
Could be it there are no safe parameters that can be met relative to man-made microwaves non-thermal non-ionizing radiation?
The charts below give various interpretations of the Electromagnetic spectrum. Source
Hat tips and many thanks go to Richard Myers and Casper Gripenberg for their generous sharing of research and information in the preparation of this “anthology” of older and currently-suppressed research regarding microwave radiation effects.
Resource:
*BioInitiative 2012 / A Rationale for Biologically-based Exposure Standards for Low-Intensity
Electromagnetic Radiation BioInitiative Working Group 2012
http://www.smartmetereducationnetwork.com/uploads/wirelessrf101/BioInitiativeReport2012.pdf
Catherine J Frompovich (website) is a retired natural nutritionist who earned advanced degrees in Nutrition and Holistic Health Sciences, Certification in Orthomolecular Theory and Practice plus Paralegal Studies. Her work has been published in national and airline magazines since the early 1980s. Catherine authored numerous books on health issues along with co-authoring papers and monographs with physicians, nurses, and holistic healthcare professionals. She has been a consumer healthcare researcher 35 years and counting.
Catherine’s latest book, published October 4, 2013, is Vaccination Voodoo, What YOU Don’t Know About Vaccines, available on Amazon.com.
Her 2012 book A Cancer Answer, Holistic BREAST Cancer Management, A Guide to Effective & Non-Toxic Treatments, is available on Amazon.com and as a Kindle eBook.
Two of Catherine’s more recent books on Amazon.com are Our Chemical Lives And The Hijacking Of Our DNA, A Probe Into What’s Probably Making Us Sick (2009) and Lord, How Can I Make It Through Grieving My Loss, An Inspirational Guide Through the Grieving Process (2008)
Top Image Credit: Health Impact News