OUT OF MIND » THE INSANITY OF REALITY » GOVERNMENTS & THE NEW WORLD ORDER » New California Law Limits How Much Water People Can Use – Including Monitoring Toilet Flushes, Showers

New California Law Limits How Much Water People Can Use – Including Monitoring Toilet Flushes, Showers

New California Law Limits How Much Water People Can Use – Including Monitoring Toilet Flushes, Showers Thu Jun 07, 2018 10:36 am 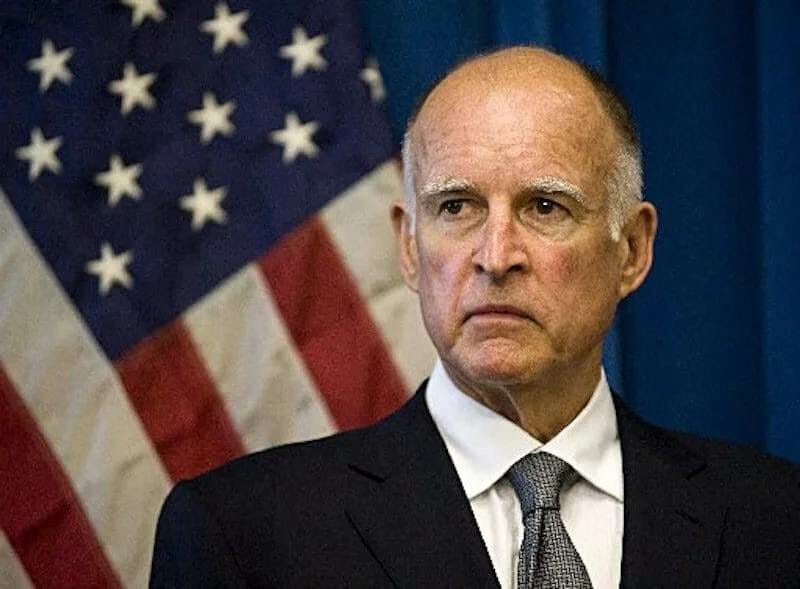 California Governor Jerry Brown signed a new law that would severely restrict the amount of water people can use inside of their homes.

The government of California will now be monitoring people’s toilet flushes, showers and laundry use.
Under the new water use limits, each person will barely have enough ‘daily water allowance’ to do one load of laundry and take an 8 minute shower.
This also covers outdoor use so no watering your lawns or gardens, peasants.
CBS Sacramento reported:

There will soon be more focus on flushes and scrutiny over showers with a new law signed in by the governor.
California is now the first state in the nation to enact tough new water-efficiency standards. The controversial rules limit how many gallons a person can use inside their home per day.
“So that everyone in California is at least integrating efficiency into our preparations for climate change,” said Felicia Marcus, Chair of the State Water Resources Control Board.
So, what are the new rules?
In 2022, the new indoor water standard will be 55 gallons per person, per day. by 2030, it will fall to 50 gallons.
Just how many gallons do household chores take?
An 8-minute shower uses about 17 gallons of water, a load of laundry up to 40, and a bathtub can hold 80 to 100 gallons of water.
Greg Bundesen with the Sacramento Suburban Water District says they already assist customers.
“We offer toilet rebates, we offer complementary showerheads, we offer complementary faucets,” he said.
The new laws also require water districts to perform stress tests of their water supply and curb loss due to leaks.
“Some people may not be aware that you’re going to use a lot more water in a bath and you wouldn’t shower and it’s our job to make sure they’re informed,” Bundesen said.
Water districts who don’t comply face fines up to $10,000 a day.
The ultimate goal is to make conservation a way of life in California. Outdoor water use is also covered by the new laws.

California is sliding into the abyss of totalitarian rule.
A bill proposed in California would make the distribution of plastic straws illegal unless requested by a patron, with up to a $1,000 fine and jail time.
Now they’re monitoring toilet flushes and showers.
What’s next? Only allowing people to use one square of toilet paper per use just as Sheryl Crow used to push?
Back in 2007, far left singer Sheryl Crow wanted to control how much toilet paper people use. “One square per restroom visit, except, of course, on those pesky occasions where two to three could be required,” said Sheryl Crow.
The left wants to bring us back to the dark ages. They will bring greater human misery to the masses claiming it is helping the environment.
Jerry Brown is more interested in monitoring how many times the people of California flush their toilets than he is monitoring the US-Mexico border where MS-13 gang members, drug cartels and illegals are spilling over into his state. Let that sink in.

OUT OF MIND » THE INSANITY OF REALITY » GOVERNMENTS & THE NEW WORLD ORDER » New California Law Limits How Much Water People Can Use – Including Monitoring Toilet Flushes, Showers