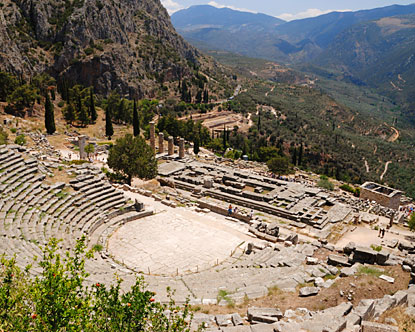 
Patreon: https://www.patreon.com/MysteryHistory Facebook: https://www.facebook.com/MysteryHisto... Twitter: https://twitter.com/Mysterytweetery Steemit: https://steemit.com/@mysteryhistory Narration By Don Moffit: www.DonMoffit.com When one begins to realise that many of the ancient sites found here upon our planet, have, throughout the years of modern study, only ever been attributed to civilisations, we have actually been able to study in detail… Rather than their true creators, a highly advanced group of individuals, once capable of constructing awe inspiring structures, using unimaginably huge blocks, fortresses perfectly built, with stones placed together as if cut to size. These stone structures come in many shapes and styles, yet undoubtedly the most impressive among the collection, is polygonal walls. Many of the most popular are located within Peru, although their fascinating existence spans much further afield. Delphi was once ancient sanctuary, famous for being the home of Pythia, an oracle who was consulted about important decisions throughout the ancient world. Interestingly, the Greeks considered Delphi “the navel of the world,” with a mysterious stone monument known as the “Omphalos of Delphi,” having once been placed there to signify this. Located on the south-western slope of Mount Parnassus, within Greece, undoubtedly the most compelling feature of the site, and the one we feel indicates the true identity, and thus its actual immense age, is its Polygonal Wall. That, according to academia, was somehow built by the Greeks from around 510-323 BC. However, the sites wall, although rarely academically mentioned, is in fact lost knowledge… Or more precisely, an advanced method of ancient construction, that we are yet to explain or unravel. We have long stated that many of the ancient sites around the world, were seemingly built prior to some form of “reset,” within human knowledge and development. Structures built with such skill, and with such enormous blocks, that these surviving remnants, may be all that is left to now indicate their once existence. Thankfully however, due to the unfathomed skill involved, these remaining fragments, are, for all intent and purposes, out of place artefacts within our own history. Was the entire site merely reoccupied and claimed as another’s creation? A claim conveniently allowing academics to avoid appearing out of their depth? Who built Delphi? When was it built? Were the ancient theatres, stadiums and statues attributed to the Romans and the Greeks, actually creations left by a people far older? With such unexplainable features at said locations, we find the evidence to suggest such, Highly compelling. https://en.wikipedia.org/wiki/Delphi

» Why Are These Found On Global Ruins?
» Largest Neolithic Ruins Found In Montana?
» "Baffling Ancient Ruins" Found In France?
»  Ruins found in Antarctica on Google Earth See For Yourself
» Ancient Ruins Found On Enormous Plateau?