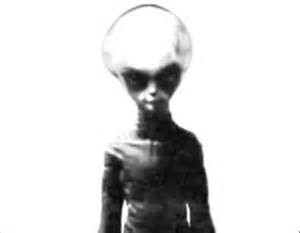 Veterans Today staff have written and published a number of articles about the ET (extraterrestrial) aspect of our issues on Earth over the years. This is the latest—and it’s a long one, with videos included.
While many people know of the presence and importance of negative off-world and/or non-human beings (there are also benevolent ones) and their interference in our societies, the real history of our planet is elusive, deeply buried and altered to the point it’s only distantly related to true events, so until such time as the books are opened and history is corrected by those who actually know what happened, I would hold off on embracing anything as a valid truth.
I don’t believe anyone would dispute, however, that the Internet changed everything, including the course of Humanity’s destiny—and we have the ETs to thank for that.
I’ve published images and videos in the past like the ones they include here but review never hurts, especially for new readers.  ~ BP 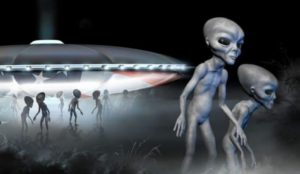 June 12, 2018
The current massive rise in populism in America is obviously an emergent byproduct of the worldwide Internet, the New Gutenberg Press and this new populism is now deeply challenging the power and control of the Ruling Cabal. But is it just another internecine war between individual Illuminati sub-groups fighting for supremacy over the rest? Or is it actually a serious challenge to displace the Illuminati itself, a secret Cosmic Space War against the Illuminati and all its sub-groups?
… by Preston James
When I was briefed on Secret Space War matters over 20 years ago by a highly connected Intel man, it was not significant to what I was involved in at the time and I was unable to see much relevance to fully integrate it. To me it was irrelevant and just another set of defense contractor rip-offs of taxpayers and the use of Black funds obtained from illegal drug trafficking and weapon sales to dictators.
At that time the Secret Space War Fleet was just being assembled to run out of the four corners area of the USA from several Beyond-Black well camouflaged secret Military bases, all linked to Deep Underground Military Bases by high speed trains in an underground tunnel networking system connecting them.
Now many years later the Secret Space War Program runs in full functional mode with capabilities far beyond normal everyday societal expectations or awareness, perhaps best described in the fantasy content of Hollywood movies about Alien ETs, US Star Fleets, and secret space wars.
So now in the last several years, as all this information has been leaking out on the Deep-Black and Secret Space War Program, it turns out everything I was briefed on 20 years ago was very accurate. If you think the Deep-Black Secret Space War Program is the deepest of the Secret Shadow Government secrets, you would be mistaken.
There is a whole other deeper category referred to as Beyond-Black and these are solely contained in special access unacknowledged programs, not even known by the Board members of the Defense Contractors they lie hidden deep within because their security clearances don’t go high enough. These programs involve time warping, quantum technologies far beyond anything most can conceive of, including time projections from the Looking Glass and psychotronic and psi-powered mind-kontrol using miniaturized technologies, remote entrainment and hiving of the human mind.
Beyond-Black involves worm holes, deep space factional battles, and off-planet bases where some from deep within the Secret Shadow Government go to live to get away from Planet Earth and live out the rest of their lives which have been extended beyond normal with high technology. Right now Beyond-Black disclosures are still forbidden.
Today, actual reality due to disclosures has now intersected with Hollywood production fantasies about Alien ETs. For the first time we now have publicly broadcast validated reports from credible witnesses who have worked in these secret Deep-Black programs and can prove it along with valid, well corroborated reports about real Alien ETs and their back engineered anti-gravity craft.
And for the first time I can see what the Secret Shadow Government has been building, how a small but powerful Deep-Black faction appears to have deployed sophisticated technology and trade craft to take on the existing Ruling Cabal either to displace it or supersede it with its own command structure.
What I don’t know is if the Deep-Black Secret Space War faction has emerged as an independent entity with its own deeply secret highly sophisticated covert agenda to rule Planet Earth, or if it has been empowered and is mind-kontrolled to serve as disposable cutouts for a very powerful group of off planet based Alien ETs.
Without the emergence of the worldwide Internet, it is doubtful that such major disclosures like that provided by Steven Greer M.D.’s Disclosure Project and many other sets of personal validated testimonies would have penetrated into the masses to the degree that they now have.

Populism vs. Globalism
It is now obvious that the emergence of the Worldwide Internet which is functioning as the New Gutenberg Press has created a direct populist based threat to the Globalists’ plan to shove their NWO into place.
This battle has two apparent sides, the City of London-EU linked Globalists with their stateside Cutouts verses the populist masses which have emerged in many western nations from the Internet, most notably inside the USA around the Internet’s Alt Media.
It is hard to know whether this is just another battle for supremacy by two Illuminati sub-factions. Sub-faction battles that which has recurred so many times in history since ancient Babylon where the Illuminati and their Black Arts emerged and empowered a small set of bloodlines who practiced them at everyone else’s expense and lives.
Everywhere the Illuminati established secret rulership, mass death always results.
One thing for certain, the world has been ruled by Evil ever since the Illuminati families emerged in ancient Babylon and began practicing the Dark Arts of Satanism also knows as Babylonian Talmudism.
The Illuminati is a Death Cult, specializing in mass human sacrifice in order to purify the human race and obtain power from Satan for sacrificing humans. This is not theory but has been repeatedly reported by those who have studied this cult in depth and those who have been deeply involved in their activities and quit.
The European Common Market Headquarters is believed to be modeled after Nimrod’s Tower of Babylon?
Mass death by war and oppression has been the trademark of this group’s rise to prominence using these black arts which requires their willingness to give up of their very souls to Lucifer for mammon, power and status.
This actual information has been provided from those involved at the periphery of the Illuminati who turned away from it because of its blatant evil and hatred of mankind. Some historians who have researched this doubt that these illuminati families are even human.
How interesting it is that the Bloodline of Cain is not even included in the Biblically recorded genealogy of Adam even though Biblical history suggests he was born from Adam’s wife Eve. Adam is believed by Conservative Christians to be the first man created by God Almighty.
Some Biblical historians believe that Cain and Able were fraternal twins, with Able being Adam’s son, and Cain being the serpent Lucifer’s son. This is a different twist to the garden of Eden most Christians are used to but a careful study of the actual original language used in Genesis supports it.
Read the rest of the article and see the videos…

»  The Secret Order of the Illuminati.....This whole thing with the Illuminati and a Shadow Government may be unreal to many people, but stay with me for a while and give it a chance
» 10 Signs The Takedown Of Paper Gold Has Unleashed An Unprecedented Global Run On Physical Gold And Silver
» The Secret Covenant of the Illuminati
» THE SECRET COVENANT of the ILLUMINATI-ANNUNAKI
» #Pizzagate, what the illuminati elites do in secret .....