Latest topics
» Navy declares ALL sailors who resist taking COVID-19 vaccine will be discharged – no exemptions, no exceptions

Retirement. A word that fills people with both excitement and fear.

On the one hand, we’re excited about the possibilities that retirement brings. The possibility to travel, to try new hobbies, to live our lives the way we want.

On the other hand, we worry about whether we’ll have enough money to survive until that unknown age at which we’ll die. And maybe not just survive but to actually thrive in our later years. 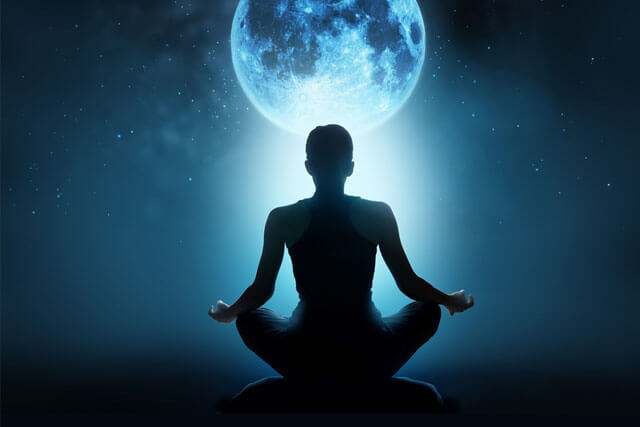 That fear, that endless worry about the future, is what keeps many people stuck in soul-sucking careers. Following the safe path in life, trying to save up money for that day in which they’ll no longer be working. Sacrificing their one precious life in exchange for a sense of security later on.

I understand those fears about the future and retirement. I recently turned forty-nine years old, which means that my retirement is only fifteen years away. Fifteen years may seem like a long time, but I know that those years will pass quickly.

I have some money saved up in retirement accounts and I will also receive a small pension. And hopefully I’ll also receive money from Social Security.

Will that be enough? And how long will have money last? I have no idea.

My retirement years could have been a lot different. Three times in my life I’ve walked away from jobs that paid me lots of money and paid generous retirement benefits. My friends who decided to stay in those jobs will likely have few worries when they retire.

So yes, I gave up a lot of money and a secure retirement. But I also saved my soul in the process. Those jobs I walked away from? They were destroying me.

I hated being stuck in a cubicle. I hated sitting in front of a computer all day long. I hated writing pointless memos. I hated going to meetings to talk about things that I didn’t care about.

My dad spent over twenty years in a job he hated because he had no choice. He had to support his wife and three kids. And I saw firsthand how staying in that job destroyed him. And I vowed a long time ago not to do to myself what he did to himself.

So I did whatever was necessary to get out of those jobs. And then I used some of my savings and took the time to do things that people say they’ll do in retirement:

And afterward I started my own business so that I could live life on my terms instead of how others wanted or expected me to live it.

In my opinion, there’s no amount of money that makes staying in a job that you hate worthwhile. Not for me, at least. Not unless I have absolutely no other choice. Life is now, not in some imagined future.

I honestly have no idea what the future holds for me and what my retirement will be like. I may not have much money when that time happens. And the money I do have for retirement may run out quickly.

Most importantly I’ve learned that the three most important things in life are connection, community, and contribution. Those are things that can’t be bought with money. And as long as I have those, everything else is negotiable.

So whatever happens in the future, I trust in myself and my ability to adapt. I know that I’ll figure something out.

And I’ll not just survive…I’ll thrive!

I leave you with this message. If you’re in a soul-sucking job, and only staying for the money, then do whatever it takes to get out as soon as you can. Your one precious life isn’t worth wasting.

Yes, you need money to survive. We all do. But there are always far, far better options than sacrificing your life for money.

So if you’re ready to stop worrying about the future and start living your life now, here are my tips for you:

Accept and trust that you’ll find a way to make things work in the future, even if you’re not sure how.

Chances are, you are more intelligent, resourceful, and adaptable than you realize. And that you will find a way to not only survive in the future but also to thrive. That’s what I found out when I started taking more risks in my life.

I also used to think that I couldn’t adapt to living in a foreign country. My first two attempts ended after three months due to homesickness. But my third attempt was successful and I’ve now lived in Bogota, Colombia for over five years. I’ve adapted to living here even though I thought I couldn’t.

Start taking a few risks and testing your limits. Just like me, you’ll learn to be more resourceful and adaptable—skills that will both help you in the future and give you more options in life.

Strike a balance between now and the future.

You need money for the future and for retirement. But you also need to live in the now. Aim to strike a balance between those two competing desires. Do everything you can to live your life now while also preparing for the future.

For example, when I go out to eat with my friends, they will often order a glass of wine, an appetizer, a main course, and dessert, spending $50 per person. I, on the other hand, only order a main course and drink water, spending $10-15 dollars. I still get to enjoy a nice meal and the company of my friends (living now) while spending a lot less money (preparing for the future).

Give up the idea that life has to look a particular way.

Lots of people follow the safe path in life because that’s what they see everyone else doing. But there’s no reason why your life has to look like everyone else’s.

By their forties, most of my friends and family had settled down, bought houses, started families, and worked the same jobs for years. On the other hand, when I was in my forties, I quit my job, sold all my possessions, and backpacked through Latin America and Eastern Europe. That’s not what most people do in their forties, but it’s what I wanted to do.

Similarly, I’m sure my retirement will look a lot different than that of my friends and family. But my life isn’t bound by what other people do and neither is yours. Live the life you want to, the life that resonates with your heart—both now and in the future!

Accept that the future is ultimately unknowable.

None of us knows what the future holds. And no matter how much you plan for the future, your future will likely turn out to be very different than you expect. I know that mine has—for example, I never expected to be living in Bogota, Colombia, nor did I expect to own my own business.

There’s nothing wrong with planning for the future, but in the end you can’t control it. So I suggest that you embrace the unknown, go with the flow, and see what unfolds in your life.

In the end, you only get one chance at life. You can wait around for the future, wait around for your retirement to finally start living the life you want. Or you can start taking steps to do that right now and let the future take care of itself when it arrives. The choice is yours.