OUT OF MIND » THE INSANITY OF REALITY » GOVERNMENTS & THE NEW WORLD ORDER » October Surprise - New World Order or the Return of The Republic?

October Surprise - New World Order or the Return of The Republic? 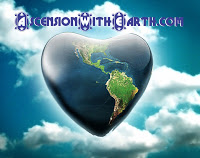 There
is a lot of talk right now, about some type of monumental change to the
political and financial structure in the United States and the global
community. Many different perspectives are presented, from the
implementation of martial law, false flag, world war 3, the collapse of
the financial system, the return of the republic for the united states
& common law, spiritual evolution of humanity, extreme ideologies of
delusional people, even suggestions that all of this is a grand hoax.
So many perspectives on many different areas of life.

Basically I see it boiling down to three general groupings which include Doom & Gloom, Utopia/Golden Age, or the Status Quo.

I gathered a list of people who are currently talking about some major
event about to unfold in the coming weeks or months. There are many
more people that I did not include as I don't have enough time at the
moment but will eventually build a complete list to help those who want
to research in more depth. For now this will have to do. Feel free to
add your list of "intel people" in the comment section below as it will
help others advance their research knowledge.

There seems to be a common understanding about an urgency of change that
is ready to manifest, even with all the convoluted stories and multiple
perspectives of those claiming "insider" knowledge. Something seems to
be happening, but what it is for sure is for you to decide.


Destry Payne - Claims to have contacts with Military Insider

Destry
is running for common law judge in Michigan for 2012. Claims to be
part of the "ready to go" lawful assemblies, which will fill in the
empty seats which will be vacant when the Dark Cabal is removed from
power. First reported by Val Valano

Val Valano - Claims to have contacts with multiple insiders.

It is interesting to see reports coming from Val as she reports two
different scenarios. She reports on a possible Martial Law event and/or
a Coup d'état and/or return to common law and the Republic of the united states. Below is one of the recent reports from Val.

INTEL UPDATE: PENTAGON INSIDER SAYS, "get out of there by October; there
will be a major lockdown the 3rd week in October." NEW YORK REGION,
FALSE FLAG EVENT.

Now we know where the military are going and
troops on stand by. Well in some manner at least. What does this mean?
If Benghazi refuses an FBI investigation, this would lead to military
action. ??? In my opinion, they will use this as a RIDER to implement
their war.

Look people, my personal friend was in the middle of
verifying the intel coming in when he was TAKEN by NWO Agents. This is a
real story and he has been MISSING ever since! Here is our
correspondence up till when he was taken. 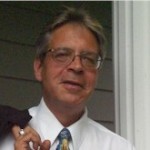 Alex Jones talks with Doug Hagmann, Director of Field Operations for the
Northeast Intelligence Network, an anti-terrorist website developed in
response to the September 11, 2001 attacks. Doug
talks about information he received by a top echelon DHS insider about
an "October Surprise" that will change the world if acted upon.

"Jim" - Police Officer with Inside Information about an "October Surprise"

This call is from the Sunday, June 24th broadcast of the Alex Jones
radio show. Jones announced that he only wanted to take calls from
members of the military or police. A man identifying himself as a police
officer named 'Jim' called in to report some startling information.

"We
have been told that in October we need to be prepared for an event that
will require us to use air and ground support, in conjunction with the
military here."

During the call Jim comes across as passionate,
sincere and very shaken by the information he tries to share. After the
commercial break, Jim gets choked up as he tries to convey his
appreciation for what Alex Jones has tried to do in terms of waking
people up in the effort to save the Republic from the clutches of the
forces seeking to destroy it. Now, nearly in tears, Jim concludes by
saying "This country's dead Alex. It's gone" before unexpectedly hanging
up.

Unknown Insider calls into the Hagmann and Hagmann Radio Show 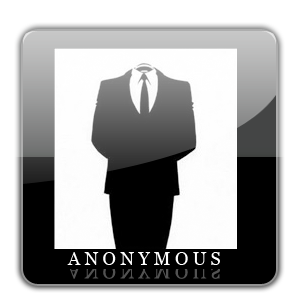 At the 73 min point a caller passes on confidential
information which he claims comes from deep inside the government
claiming martial law is coming soon and "the country will be shut down",
to be accompanied by use of foreign troops, attack drones, and lockdown
of all major cities.

According to the caller, military equipment
has been pre-positioned outside all major cities, and foreign troops
are located on numerous military bases

He feels that the next step will occur "very soon".

There will be a major non-economic event that will be a tipping event.

He says all communications (including internet) and commerce will be shut down for six months.

Anybody without a six month supply of food and water will have problems if this plan is carried out.

The U.S. will go to war with Iran in October according to the "plan".

The plan also provides for cancellation of November elections.

During
the lockdown a new government (North American Union) will be installed
under the control of the United Nations. This will be the end of the
United States of America as we know it.

Lindsey Williams has received information from a woman who works for Raytheon who has top security clearance . The woman states that the US Government has notified Raytheon to
prepare for a US Government shutdown. This is supposed to be happening
sometime in the very near future.The liberty oil rig has stopped
drilling and won’t continue drilling until oil hits $150 a barrel. Lindsy also talks about October being a potential month to look for major changes.

Drake - Claims to have contacts with Pentagon Insider

Drake Bailey claims to have contacts with military insiders and
operational commanders who plan to take out the corruption in the United
States financial, corporate, and political structure. States that there
will be a return to common law and a republic.


A small list of people who talk about the pending changes to the
political structure for 2012. Many more people to include. List building
is pending and will continue to grow. Feel free to add your
suggestions in the comment section.

Benjamin Fulford - White Dragon Society member claiming that the Cabal is on the run. http://benjaminfulford.net/


David Wilcock - Claims to have insider information that the Cabal is on the run. http://divinecosmos.com/

FYI: Here is another perspective on the 'October Surprise' by Gregg Prescott of www.in5d.com

OUT OF MIND » THE INSANITY OF REALITY » GOVERNMENTS & THE NEW WORLD ORDER » October Surprise - New World Order or the Return of The Republic?