26 Americans in 7 cities have now been hurt by unusual sounds and these sonic attacks remain unexplained Sat Jun 30, 2018 10:39 am


As President Donald Trump was heading to Singapore for a historic summit with North Korea’s leader, a State Department diplomatic security agent who was part of the advance team reported hearing an unusual sound he believed was similar to what was experienced by U.S. diplomats in Cuba and China who later became ill. 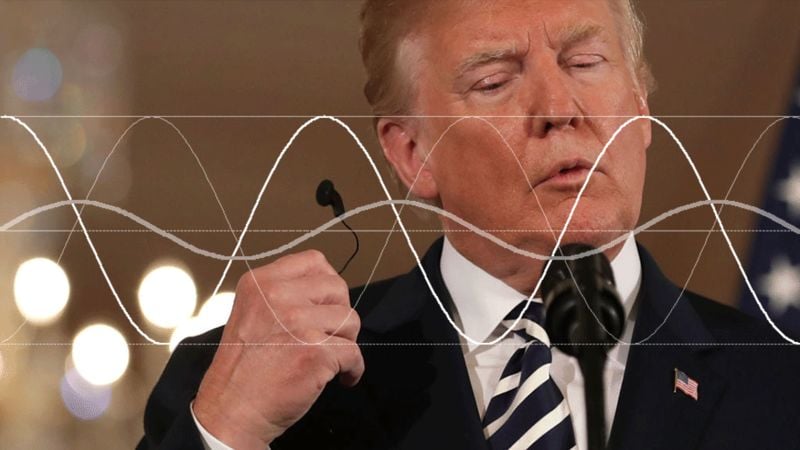 Bizarre ‘sonic attack’ symptoms reportedly spreading to US diplomats around the world
The agent immediately underwent medical screening — part of a new U.S. government protocol established to respond to such potential health incidents anywhere in the world. And while the president was flying to the Southeast Asian city state, the U.S. delegation preparing for his arrival was exchanging urgent messages with the State Department headquarters back in Washington, including the agency’s Diplomatic Security and the U.S. Secret Service.
It turned out to be a false alarm, according to four U.S. officials familiar with the matter, who were not authorized to speak to the matter publicly and spoke on condition of anonymity. But the rapid response underscored how seriously the Trump administration views the potential risks at far-flung diplomatic outposts. So far, Americans who have served in at least seven cities in four countries have been tested for possible exposure, with 26 Americans “medically confirmed” to have been hurt.
The incidents have become a new source of anxiety for U.S. officials working overseas and their families — one that remains shrouded in mystery because of investigators’ inability to say what or who is responsible for the unexplained incidents that started more than 18 months ago. Cuba patients have been found to have a range of symptoms and diagnoses including mild traumatic brain injury, also known as concussions.
Medical officials at the State Department are now encouraging U.S. diplomats abroad to be proactive in immediately reporting suspicious sounds or unexplained symptoms, an aggressive approach that U.S. officials described as “an abundance of caution.”
In the immediate aftermath of the first Cuba incidents, there was no established procedure for how to investigate incidents or treat patients. Over many months, State Department officials working with doctors from the University of Pennsylvania, along with a Miami doctor initially dispatched to Havana, have developed a thorough, formalized protocol that involves screening prospective patients for the most rapid-onset symptoms of brain injury. Diplomats newly sent to posts including Havana are given “baseline” screenings so that if they later report an incident, their tests results can be compared to their results from before they arrived in the country.
Details of the previously unreported incident in Singapore, which ended up having no impact on the June 12 meeting with North Korean leader Kim Jong Un, are emerging as the White House moves ahead with planning for Trump’s next high-stakes, face-to-face meeting with a foreign leader outside the United States: a potential mid-July summit with Russian President Vladimir Putin next month in the Austrian capital of Vienna.
To be sure, there has been no determination by the U.S. that the health incidents have occurred in locations other than Cuba and China. Until late last month, the only known incidents affected U.S. officials in Havana who were struck by what the State Department called “specific attacks.“
Yet, the discovery in May of at least one case in China — affecting an American employee at the U.S. Consulate in Guangzhou — has added to the sense that any unusual sound or concerning physical symptom should be treated with seriousness until a suspicious incident can be ruled out, U.S. diplomats told The Associated Press.
Asked for comment about the Singapore incident, the State Department would say only that “the health, safety, and well-being of U.S. citizens and U.S. government employees and their family members are our greatest concern.”
“For privacy reasons we are not able to provide information on individual medical cases,” it added.
Similar concern prompted a USAID employee in Uzbekistan to be pulled out of the Central Asian country for medical testing late last year after reporting symptoms he suspected resulted from the same kind of “health attack” that then-Secretary of State Rex Tillerson had warned about in Cuba. That warning was accompanied by a new travel warning for Americans living in or visiting Cuba and a steep reduction in staffing at what was then the 1-year-old U.S. Embassy in Havana.
The State Department ultimately suggested it was a false alarm, saying that after medical testing, the worker was not diagnosed with the conditions observed in Cuba.
But once evidence that the incidents might not be confined to Cuba emerged with the Guangzhou case, U.S. officials reviewed other health complaints, including one of the child of an American couple posted to another consulate in China, according to officials. That also turned out to be negative, although a State Department medical team is still in China visiting all U.S. diplomatic missions there to conduct screenings of employees and family members who ask for them.
As of late last week, nearly 200 have taken the offer up to date, although only a handful — less than a dozen — have been evacuated to the U.S. for further review by neurological experts at the University of Pennsylvania in Philadelphia.
Ambassador Ronald Neumann, president of the American Academy of Diplomacy, said diplomats sign up to serve knowing there are risks to their health and safety. He said the mission takes priority because the United States can’t afford to cut off relations with other countries, especially those as powerful as China.
“In some places it’s more violence, in some places its disease. Now we’ve got a new one that nobody knows what the hell it is,” said Neumann, who served in Afghanistan, Iraq, Yemen and other high-risk posts. “So you do the best to give diplomats and families options, and you soldier on, because that’s what the profession is about.”