The Hyperloop: The Future of Travel 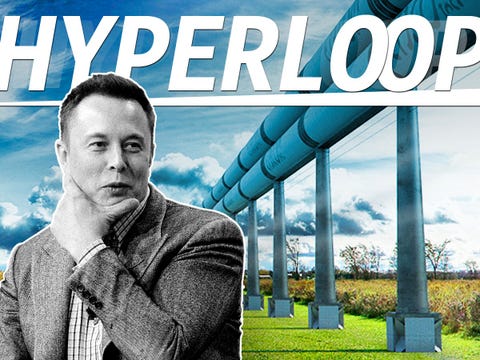 The Hyperloop: The Future of Travel

This is a little Brave New World-ish but it’s better than Hope Porn. This is about solutions to an increasing need for affordable, faster mass transit and safer automobiles and it’s a glorious nerdfest.
This documentary, produced by the German broadcaster, DW charts the work of international teams at a SpaceX competition in Los Angeles to engineer the ultimate design for Elon Musk ’s idea of the Hyperloop , a vacuum-tube “train” that would travel 1,200 kilometers per hour, reducing the journey from LA to San Francisco to just 36 minutes. It’s not every day that those of us not in Germany get to see German TV, so the show is interesting on this level, aside from the interesting topics covered.
We discover that the basic concept for the Hyperloop was originally proposed in the 19th century for the New York subway but that a conventional train model was approved, instead. The piece also covers the early 1960s sabotage of public transport in Los Angeles by the big automakers, oil barons and tire companies. We see early tests of the Transrapide magnetic levitation monorail in the 1980s, which almost gained traction until there was a hideous accident.
In addition, the show explores the latest developments in self-driving cars , such as “platooning” and I guess what one might call the upside of AI/Internet of Things -type developments, to network cars with everything in their environments to make them safer.
We’ve been hearing that your data is the new money and in one proposed business model called the “Naked Passenger”, riders would pay with their data, instead of with money and this wouldn’t be even applied to the trip but would pay for the media that the rider would be subjected to. It would require that one fork over all of one’s details, including biometric.
Behold, the Internet of Things , where this kind of digitization is inevitable for all forms of transport and virtually everything else.