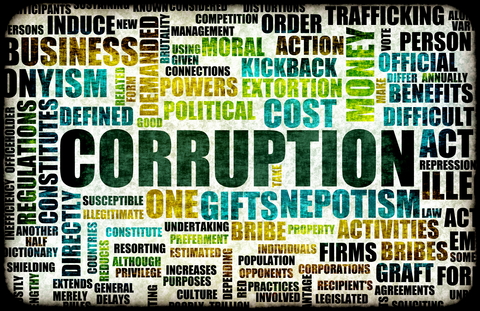 Below is the written testimony to Congress of Diane Genoa, Deputy
General Counsel for JP Morgan as it relates to the MF Global
investigation. I have no doubt that she was “deputized” such that JPM’s
actual General Counsel, Stephen Cutler, didn’t have to speak.
Unfortunately for the Bad Guys, Ms. Genoa’s dance around the issues may
have provided more information than they wanted to expose. Here’s the
statement…


Clearly JP Morgan believes they did NOTHING wrong and were just an
innocent bystander who was trying to “lend a hand” to one of their
customers in a time of need….GIVE ME A BREAK!

Basically, Ms. Genoa knows exactly what they did illegally in this
situation and is trying to dance around it. JP Morgan KNOWINGLY
confiscated at least $200M of customer funds and then tried to cover
their tracks by getting MF Global to sign a waiver three times that
stated the funds were legitimate and not customer segregated funds. MF
Global never signed the document but JP Morgan still hasn’t given the
money back.

Here’s the telling statement on page 7…

“In retrospect, events appear to have
overtaken MF Global during the weekend before it filed for bankruptcy,
and, as a result, the letter was not signed. Nevertheless, our request
did result in our receiving multiple clear oral assurances from senior
MF Global officials that MF Global was in compliance with its
obligations under the CFTC rules.”

So who were these “senior MF Global officials” at MF Global?

“…we wound
up speaking with Ms. Ferber’s deputy general council, Dennis Klejna. We
understood Mr. Klenja to be a former Head of the Enforcement Division of
the CFTC…”!

Now wait a minute…why do I know that name? Oh yeah, DENNIS KLEJNA was
also part of the Refco bankruptcy (that JP Morgan was deeply involved
in) and actually had to pay up $1,250,000 to the victims but never had
to admit any guilt…

Fine Given in Refco Case


He was a “poster child” at the CFTC in the early 1990′s but in 1995
he ran up against a force of evil rarely encountered my mortal
man…HILLARY CLINTON!

The Watchdog Who Barked At Hillary

Can it get more complicated? I guess Dennis figured – “If you can’t beat em – join em!” and turned to the dark side.


In May 2007, Klejna joined from failed
brokerage firm Refco, where he was executive vice president and general
counsel. He was named senior vice president and chief compliance counsel
of futures brokerage Man Financial — which was renamed MF Global. From
1983 to 1995, Klejna had served as the Commodity Futures Trading
Commission’s director of enforcement, presiding over 145 CFTC
enforcement cops nationwide.

Round and round it goes…

Klejna was the head of the enforcement division at the CFTC when
Judge Bruce Levine was hired on to run cover for the manipulation of
commodities as admitted in this letter from retiring CFTC Judge George
Painter!

The corruption runs deep within the Banking Cabal, the Government Oversight Organizations and the US Legal System.

The GOOD thing about all this is that the curtain is being pulled away and the Banksters can’t survive in the light of day.

May the Road you choose be the Right Road.