OUT OF MIND » THE INSANITY OF REALITY » VACCINE TRUTHS: MEDICAL INDUSTRY LIES » Should Women be Given the Tdap Vaccine During Pregnancy? 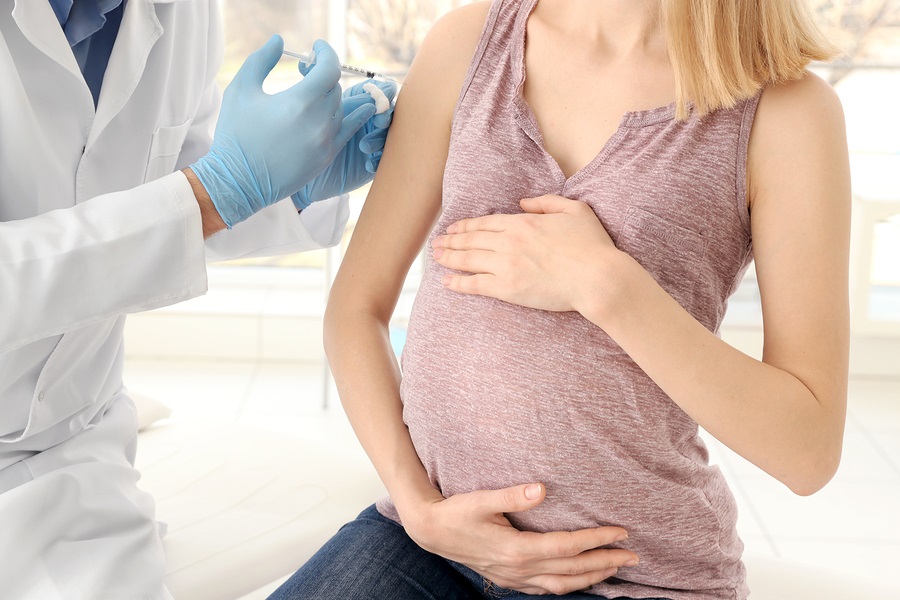 Are Vaccines Effective for Pregnant Women? You Decide

by David Brownstein, M.D.
Dr. Brownstein’s Holistic Medicine
A great debate is raging about whether we should have mandatory vaccination to prevent childhood illnesses.  Mandatory vaccination would do away with a religious, ethical, or scientific disapproval of a vaccine.
A study from the University of North Carolina School of Medicine reported that the Tdap vaccination during pregnancy reduced the occurrence of infantile pertussis. (1) (2)
This study is a perfect example of why we need informed consent on the safety and efficacy of vaccines and why we should not have government mandates about vaccines.
The study was published in the June, 2018 edition of the American Journal of Preventive Medicine.  Keep in mind that in 2013, the CDC started recommending that all women receive the Tdap vaccine during pregnancy in order to pass passive pertussis immunity to their newborn.
Pertussis is a very serious illness for the newborn.  It results in a persistent cough and can result in death of the very young.
I have been very critical about mandates that recommend vaccinating pregnant women when the proper studies have not been done. One way to conduct a proper vaccine study is to compare vaccinated with the unvaccinated.
The UNC study did compare vaccinated with the unvaccinated.
The researchers reviewed more than 675,000 pregnancies from 2010-2014 and analyzed insurance claims data to identify receipt of Tdap during pregnancy.  Then, the scientists looked at hospitalizations and outpatient visits for pertussis in the infants through 18 months of age.  In the news release describing the success of the Tdap vaccine, the authors stated,

“The clinical outcomes show that the immunity passed from mother to fetus during pregnancy protected the infant during the first six months of life, before the infant completes the full course of the pertussis vaccine themselves.”

The lead author of the study said,

“This just adds more fuel to the fire for encouraging women to get Tdap during pregnancy,” said Becker-Dreps. “A lot of women are concerned about vaccines in general, but you really might be harming your baby by not getting this vaccine.”

Let’s look at the data that lead to those conclusions.

The study found that in the first six months of life for infants whose mothers were immunized during pregnancy, there was a 75 percent reduction of pertussis hospitalizations…
The researchers looked at infants admitted to the hospital with pertussis and compared two groups of pregnant women:  one group who received the Tdap and the other group that did not.
In the group that received the Tdap vaccine, there were 7 cases of pertussis out of 90,445 newborns.  That comes out to a rate of 0.01% (7/90,445).  The other group who did not receive the Tdap had 151 cases of pertussis out of 542,380 studied.  That equates to a rate of 0.03% (151/542,380).
The authors stated that ”…there was a 75% reduction of pertussis hospitalizations,” in those that received the vaccine.  That is true if you are going to use relative risk values.
Relative risk analysis is a statistical method used by Big Pharma to make a poorly performing drug or therapy appear much better than it actually is.  Whenever I lecture to medical students or physicians, I spend time teaching them about statistics as nearly all health care professionals know little about statistics.
I emphasize that clinical decisions about whether to use a particular drug or therapy should never be made on relative risk values.  The authors simply calculated the relative risk by using the following formula:  0.01%/0.03%. (Note:  The numbers are slightly rounded here.)
A more accurate way to assess the effectiveness of vaccinating pregnant women with Tdap to prevent hospitalization from pertussis is to look at the absolute difference in risk.
The absolute difference in risk between vaccinated and unvaccinated in this study is:  0.03% – 0.01% = 0.02%.  That means the absolute difference in risk between the two groups is 0.02% or 0.0002.
Once the absolute risk difference is calculated, I can calculate the number of pregnant women that need to be vaccinated with Tdap to prevent one case of hospitalized pertussis.
That number is 5,000 (1/0.0002).  Therefore, according to this study, 5,000 pregnant women need to be vaccinated with Tdap to prevent one case of hospitalized pertussis.
A more accurate conclusion the authors should have stated is this:

“This study showed that the Tdap vaccine is 0.02% effective at preventing hospitalization from pertussis. In other words, the vaccine will not benefit 99.98% who take it.”

The study found that in the first six months of life for infants whose mothers were immunized during pregnancy, there was a…46 percent reduction of any pertussis cases.
Of course, the 46% reduction cited is the relative risk reduction—remember, relative risk values are used by Big Pharma to make a poorly performing drug or therapy appear better than it actually is.
Let’s calculate the absolute risk difference here.  In the group of children who had pertussis where the mother did not have a Tdap vaccination, there were 403 cases out of 542,380 which is 0.07%.
In the other group where the mother did have the vaccination there were 32 cases out of 90,445 or 0.04%.  The absolute risk difference between the two groups is:  0.03%.
That means that 3,333 women need to be vaccinated during pregnancy to prevent one case of pertussis in the newborn (according to this study).

In other words, this vaccine helps 0.03% who receive it or stated another way, 99.7% who take the vaccine receive no benefit.

The Tdap vaccine contains a known neurotoxin (aluminum) and carcinogen (formadehyde).  There are ZERO safety studies shown that it is safe to inject either substance into a human much less a pregnant human.
There are other problems with this study such as the authors having conflicts of interest with vaccine manufacturers and the way they classified infants with pertussis, but I will leave that alone for now.
Still think we don’t need accurate disclosures on the safety and effectiveness of vaccines? Do you still want government to dictate what goes in our bodies?
When I was trained, I was taught to be very careful when prescribing any therapy for a pregnant woman.  I was always taught to err on the side of caution.
I think that was sage advice.
Tdap for pregnant women?  Give women the appropriate information and let them decide.
To All Our Health,
Dr. B
Read the full article at Dr. Brownstein’s Holistic Medicine.
See Also:

OUT OF MIND » THE INSANITY OF REALITY » VACCINE TRUTHS: MEDICAL INDUSTRY LIES » Should Women be Given the Tdap Vaccine During Pregnancy?