UPDATES - Lara Prychodko, the woman who went down the trash chute Found In Huma Abedin and Anthony Weiner’s Garbage Chute

UPDATES - Lara Prychodko, the woman who went down the trash chute Found In Huma Abedin and Anthony Weiner’s Garbage Chute Thu Jul 12, 2018 8:42 am

A dead body has been found at the home of Hillary Clinton’s top aide Huma Abedin and her husband, the disgraced former Congressman, Anthony Weiner.
The unidentified female was discovered inside the trash compactor of the Manhattan apartment complex that Huma Abedin and convicted pedophile Anthony Weiner have used as a base for the last 16 years.

Police had been called to the block at 1 Irving Place in Union Square, after a maintenance worker found the body.
Police have withheld the identity of the woman, believed to be in her forties, until they notify her family. They do not yet know how she ended up in the trash compactor, or why, and they are refusing to rule out high-profile arrests
NBC reports her purse, full of cash, was found nearby, however according to the Daily Mail, neighbors told police they assumed their visit was related to Anthony Weiner’s conviction.
Security footage also shows the woman walking into Abedin and Weiner’s apartment building shortly before she was found inside the trash compactor, PIX11 reported.
According to the Daily Mail: Anthony Weiner and Huma Abedin have owned an apartment at the address for 16 years, which was listed for rent at $11,900 a month on the same day he pleaded guilty to sexting a 15-year-old girl.

Huma Abedin also filed for divorce that same day, however the divorce was never finalized and they have since rekindled their relationship.
The listing, posted on May 19, 2017, was taken down just days later, though it is unclear as to whether the estranged couple found a renter, or if the property was taken off the market for other reasons.

The woman has not been publicly identified as police work to notify her family. Her purse was found nearby the chute she entered.

Police have refused to rule out “high profile arrests”.
Their modern apartment, located on the 14th and 15th floors, has a view that overlooks Union Square Park and extends out over the midtown skyline.
There are 670 units in the apartment block, divided into four blocks: Gramercy, Village, Park, and University. There is a communal pool, gym and grassy rooftop for residents to enjoy.
Neighbors at the luxury apartment block told NBC when police arrived on Tuesday evening, they believed it was related to Weiner’s conviction.
The former congressman, currently behind bars after being found guilty of production of child pornography, is eligible to begin his three years supervised release in August 2019.

[size=16]Scrounging around for more information on the late Lara Prychodko, I found this tweet:
[/size]
[size=16] Aldo Raine‏ @tronictime [/size]

[size=16]The picture there doesn't make the Soros connection clear, so I went to the patrickmcmullan.com site shown at the top of one of the pictures, and here is what I found - A picture of Lara's husband David Schlachet with Soros, and pictures showing Lara was also at the event:[/size] 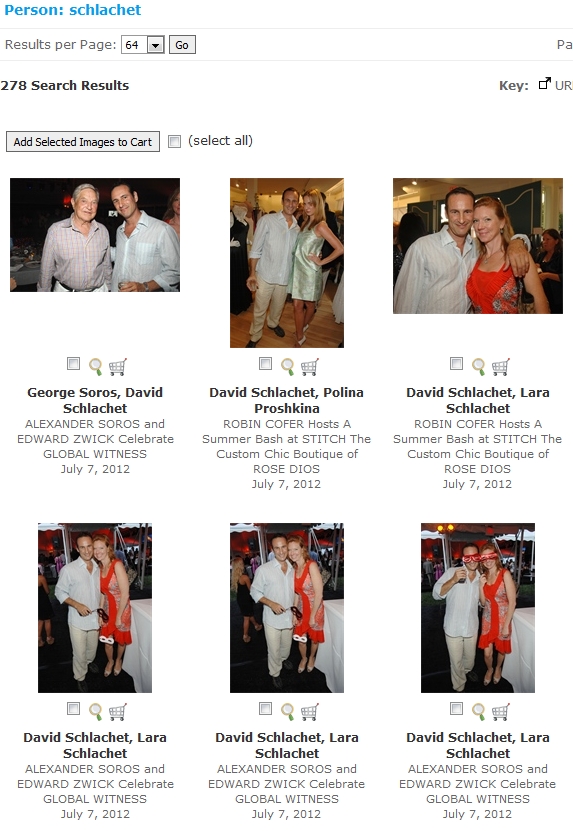 The Schlachets may have just happened to be at this Soros family charity event and not have a close connection with Soros, but clearly they were circulating in the same strata of elite society. It remains to be seen if there is more significance to this. 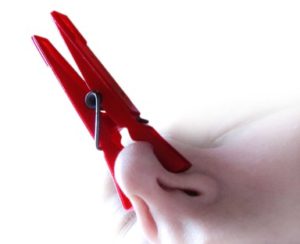 You’ve got to be kidding me. Here it is, folks—right from the New York Post. They’re kicking off the narrative.
The woman who just happened to live in the same apartment building as Weiner/Abedin was stumbling drunk and just happened to fall into the trash chute and into the compactor where she was crushed.
Now we don’t need to talk about it any more, they hope.
Maybe the garbage chutes are extra large in Manhattan, but I’ve never seen one an adult human body would be able to fit in unless they were stuffed.
Lara Prychodko may have been intoxicated, or she may have been drugged. Or maybe she was forcibly assaulted. Due to the condition of the body, any bruises can’t be attributed to brute force. It will be interesting to hear the toxicology report from the ME—if there is one.

Or maybe a little voice in her head told her to do it .
She worked for WebMD—and all they do is promote Big Pharma drugs and mislead people, so she may know something someone doesn’t want getting out. That’s quite a message, to murder someone by tossing them in the trash.
The chances this woman had nothing to do with the Weiner/Abedin/Clinton crime story is remote, but I can’t for a moment accept she accidentally fell into the trash chute. This story from the NYP just makes it that much more suspicious. Let’s see who else takes up the call. Or who they throw under the bus.

We know there are a few good cops in New York who want to take the pedos/Clinton crime syndicate down so perhaps this will be sorted properly—but don’t hold your breath. It may take awhile.  ~ BP 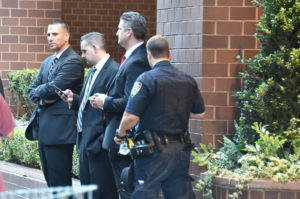 June 11, 2018
The woman whose body was found in the compactor of her tony Union Square apartment building on Tuesday had drunkenly slid down the trash chute and was crushed to death, police said Wednesday.
Lara Prychodko, a 48-year-old mom of one, was last seen alive on surveillance video at 4:20 p.m. Tuesday stumbling in a stupor from an elevator on the 27th story of the Zeckendorf Towers.
It is not known how she managed to get into the chute. But about 30 minutes after she was seen on video, a maintenance man found her body “crushed from multiple angles” in the compactor, according to police.


The only other clue about her fate was her purse, which was found abandoned back up on the building’s 27th floor, sources said.
Cops do not suspect foul play, as the woman was alone when she was seen on video staggering from the elevator.
Prychodko had moved to the building at 1 Irving Place about two years ago, after splitting from her husband of 13 years, David Christopher Schlachet, who owns a Manhattan construction company called Taocon, Inc.
She had worked for about 10 years as a marketing manager for WebMD until 2013, according to her LinkedIn page.
She filed for divorce from Schlachet in 2014, and the legal battle between the two was still not resolved, according to court records.
The couple had been married in 2003 in Prychodko’s native Canada, according to a New York Times wedding announcement. They have a son who is about 11 years old, neighbors said.
Schlachet said “we have no comment at this time,” when reached by The Post via phone.
A source at an apartment in Chelsea where the couple once lived said he saw the son and father Tuesday morning, hours before police confirmed the victim’s identity, and they were “acting normally.”
“He wasn’t like sad or anything.”
At least two residents of the Chelsea building said she appeared to have a drinking problem, as they regularly saw her stumbling drunk when she used to live there.
“She would come home drunk. Like, she couldn’t walk. I don’t remember a specific time, but I remember many times [more than once a week] . . . this was about three years ago,” one source said.
Residents of the Union Square building where the woman lived said she had only lived there for a short time and was not well known.
“It’s just crazy. The building sent out an e-mail saying not to use the [trash] chute . . . What a terrible, terrible way to go,” said a resident of the building, which had previously earned infamy as the address where Hillary Clinton aide Huma Abedin lived with her disgraced perv hubby Anthony Weiner.
Additional reporting by Tina Moore and Stephanie Pagones
Source