Yesterday at 6:07 pm by PurpleSkyz

Yesterday at 6:03 pm by PurpleSkyz

» #QTard Drama Theater - #WAYFAIR is THE NEW PIZZA plus MORE

Yesterday at 6:02 pm by PurpleSkyz

» HERES WHAT NO CASH ACTUALLY MEANS:

Yesterday at 2:50 pm by PurpleSkyz

Yesterday at 2:48 pm by PurpleSkyz

Yesterday at 12:50 pm by Consciousness Of Economic

» The Fourth Turning - How this crisis was predicted 30 years ago

Yesterday at 12:41 pm by Consciousness Of Economic

Yesterday at 12:40 pm by Consciousness Of Economic

Yesterday at 12:37 pm by Consciousness Of Economic 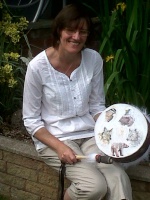 This Film always one of my favourite clips

Many things in our world seems to be of that darker vibration at the moment, or is it perhaps that we just get to see all those darker elements as they filter into our homes via the media of TV channels and Newspapers.. And let’s not forget all the many DVDs and the Xbox games etc. which all seem to thrive on the Darker themes of blood and violence.. It seems we are experts at Killing on this planet, not only ourselves, but we are also succeeding to Kill our very Planet! Our very own habitat.

I’m sure to those who work in our medical professions on A&E would also say especially on weekends that violence spills out of the Pub doors into their hands as Humans by nature seem hell bent on Darkness and destruction of one another.

For some it may be they have neighbours from hell, or have experienced the rip off cowboy merchants or maybe it’s street crime, as we have had a spate of burglaries around us at the moment, not to mention our own allotments being picked through taking not one but rows of home grown vegetables at a time etc.. And you think what is this world coming too..My Elderly Aunt says this world has gone Mad..

But then you look back in history at the wars waged, the lives lost, and how people have always seemed to have waged this battle of Light verses Dark, Good against Bad.. The difference is now is the speed at which all this Bad news is brought to our Doors.. Via the TV, Radio, and Tabloids.

We have to understand that we are living within a Free Will zone, a planet we chose to occupy and inhabit..All of us have a choice.. No one tells us what we should or shouldn’t do, all be except the laws of the land which we have to conform to, to avoid yet more chaos.. But we are governed not only by the laws of the land.. But more importantly the LAWs of the Universe..

I’m going to side track here a little, and say that when I grew up I was the eldest of 5 siblings and was called the little Mother, as I worried and clucked over my brother and sisters, and we were brought up within a strict home with very little frills, and if rules were broken you expected to be disciplined. The same went for School and the policemen on the beat on the corner of the street wouldn’t be afraid to give you a sharp reprimand to if you were caught doing something you shouldn’t..and your parents would give you another clip around the ear if they found out..  And yes I may have gone scrumping a couple of times with my brother as look out!, I was a tom-girl and loved to jump the local brook and climb a few trees... and get up to the childish mischief most youngsters do as they explore growing up.. But I never put another life in danger or bullied or beat up someone as many find themselves victims of today.. The Do-gooders of society have now made it illegal for discipline to be administered affectively today, and we are now reaping those results in our homes our schools and on the streets of our communities.

Today many youngsters seem to want to see bloodshed or crave daredevil stunts such as play Chicken across the road or on railway tracks.. or mug and steal..Many I am sure don't see the consequences of their actions..

I'm not saying all youngsters are like this, just saying that for many their ideas of thrills have got a lot Darker.. and one can’t help but wonder about the violence they watch and accept as normal with TV in bedrooms and video-games watching late into the night. As the pull of TV advertising allures the young mind to WANT more of life’s gadgets and the Credit companies tell you how easy it is to get into debt to buy them.And they watch such violence of how one can bully and steal to get what they want on these films of TV and computer games..

The other weekend I was driving home from a weekend seminar with my hubby and friend in the car, when we approached a Footbridge over the dual carriageway. On the Bridge stood two youths in hooded jackets aged approx. 12 to 14 yrs, they proceeded to throw stones as big as golf balls from the bridge at cars passing underneath.. How the stone missed us, I still don’t know, as I saw it come in slow motion towards the windshield and then disappear thinking it would hit the roof of the car,... looking behind me through the rear view mirror the lady driving the car behind had slowed down considerably to miss it also.. But a Van the opposite way wasn’t so lucky and had obviously been hit and was on the phone to the police by the looks of it as we passed.. If that had hit and come through the windshield the horrors of it are too horrible to contemplate.. I probably wouldn’t be here typing to you now if it had..

So getting back to the Universal Laws... and to one which most of us do every day without realising it, is Creation of Thought, we are the creators of our own reality, by Free Will Our choice, we chose our pathway, and as we think so we create it into being. But by the same token as we get bombarded with thoughts, over and over replaying the negative over and over Like the TV News Bulletins repeating the harrowing events of tragedy, we become like magnets for Like attracts Like.. so the more we get pulled into the negative/bad the more we attract and visa versa…

Our thoughts are Energy i.e. positive or negative, and as such go out into the ether creating the vibration of the collective consciousness Creating more of the same for our experience.

What is happening around our world at the moment is that we are escalating the negative, we are being sucked into that Dark Hole if we keep viewing it, listening to it and letting it take hold of us, it will drag us down with it. So that we too  will then feel ill, and get caught in the same trap of its negative web, feeling low and depressed as all of it spills out into our living rooms every day... and to think we sit our young children in front of the TV every day.. They absorb it in ..

So Please Turn off your TV’s once in a while and Go spread some Light in the world and join and walk in Nature and give thanks to many of her blessings, send her some thoughts and start to heal her wounds and as we think, so shall we create..

Let us start by trying to create a Better more harmonious world in which our future generations can grow up in a more positive peaceful world.

Listen to what you know instead of what you fear.
Richard Bach