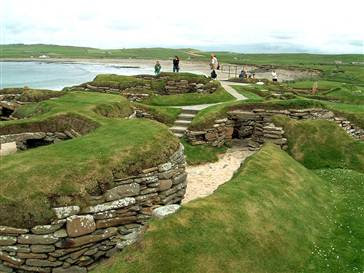 
Patreon: https://www.patreon.com/MysteryHistory Facebook: https://www.facebook.com/MysteryHisto... Twitter: https://twitter.com/Mysterytweetery Steemit: https://steemit.com/@mysteryhistory Narration By Don Moffit: www.DonMoffit.com England is a place steeped in history. Ancient megalithic sites and mounds litter the countryside. Many of these places, claimed as having been created during the Neolithic period, however, the still existing enormous size of the ancient trilithons for example, many of which still standing, predictably evade modern explanation. With many of these ancient sites past functions, still heavily debated amongst those in the so called “know.” We feel, that due to the often-inexplicable nature of these ancient sites, there is a strong possibility that they are in fact remnants, left by a once far more capable group of individuals than our Neolithic ancestry. A group somehow capable of quarrying, moving, and lifting these enormous stones into the positions we find them today. Often still displaying their intimate knowledge of solar movements. And Maes Howe is no exception. Nestled amongst the rugged landscape of Orkney, within Scotland, this so called burial mound was once perfectly aligned with the midwinter solstice. Allowing sunlight to pass down its immovable passageway only at this particular time of year. And this impressive passageway, is the focus of our video. As with the many other unimaginable, unexplainable, ancient sites, that can be found all over earth, the many hundreds of people who frequent them, merely overlook that which has been hidden in plain sight, in favour of academic notions pertaining to the origins of such sites. These enormous, immovable megalithic blocks, that were used to form the walls, floor and indeed ceiling of the entrance to Maes Howe, were clearly created with the intention of remaining in-Situ for untold millennia. Built with blocks as yet explored, and as such, of an as yet, unknown weight. Yet the photographic imagery already taken, clearly indicates that these megalithic blocks run into the hundreds of tons, far too large for any of our Neolithic ancestors to have once moved, or indeed built with. So a question arises, who could have built Maes Howe? Why did they build it? And perhaps most importantly, when was it built. Undoubtedly containing megalithic blocks far in excess of any within Stonehenge, and possibly the biggest yet discovered upon the British Isles, many of these claimed Neolithic sites desperately need new eyes to investigate them. Yet Regardless of what academia would like you to believe, we find the evidential, thankfully immovable features of Maes Howe, highly compelling. https://en.wikipedia.org/wiki/Maeshowe http://news.bbc.co.uk/local/northeast... http://ultimatehistoryproject.com/new...