By Staff Contributor
- 11 hours ago 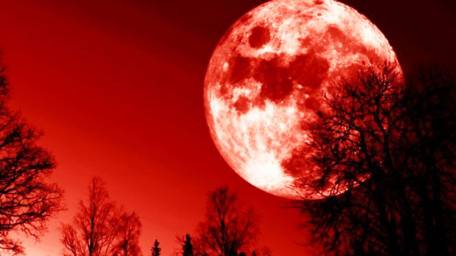 Do you have your eclipse glasses handy? Good, because the longest lunar eclipse of the 21st century — also referred to as a glowing red ‘Blood moon’ — will make an appearance on July 27, 2018. The total eclipse will last for approximately 1 hour and 43 minutes. Only those in the Eastern hemisphere will be fortunate enough to view it.
EarthSky reports that on the night of July 27 and in the morning hours of July 28, the blood moon will be visible. Reportedly, it is the longest lunar eclipse projected to occur in the 21st century. Astronomers say the total eclipse will last for a full 1 hour and 43 minutes. The partial eclipse (which takes place before and after the anticipated event) will last for 3 hours and 55 minutes.
What is a lunar eclipse?
A lunar eclipse takes place when the Sun, Earth, and Moon are directly aligned. The moon’s orbit brings it directly into Earth’s shadow. Business Insider reports that the ellipse lasts so long because the moon passes directly into the darkest region of Earth’s shadow (also known as the umbra). This is what causes the moon to appear blood red.
Curiously, July’s full moon will take place at the same time as the moon’s apogee. This is when the moon hits its furthest point from our planet in its monthly orbit. Reportedly, it’s the furthest full moon of the year. As a result, it will take more time for the moon to pass through Earth’s umbra, or dark shadow.
The total eclipse will start at 7:30 pm UTC and will end at 9:13 pm UTC. 8:22 pm UTC will mark the peak of the eclipse.
Symbolic Meaning of July’s “Blood Moon”
To discern the meaning of this month’s event, let’s look at the symbology of the moon and the color red. The moon represents our deepest longings, our basic needs, our habits, our unconscious mind, and our ability to respond (or react) to situations. Overall, it relates to how we feel and how we have programmed ourselves to think and behave.
In the tarot deck, the moon represents illusions and intuition. This card appears either when you are lying to yourself or others — or when you suspect there is “more than meets the eye.” Finally, red ed symbolizes stubbornness, confidence, courage, passion, aggression, and standing out in the spotlight. Red is also about self-awareness and our ability to survive — and thrive.
Put all three of these together, and what do you get? As Guiding Echoes suggested during a similar event, July’s full blood moon signifies a time of change, which primarily resulted/is resulting from a deep yearning for something “more,” as well as cognitive dissonance about
the state of the planet and what’s “really going on.” 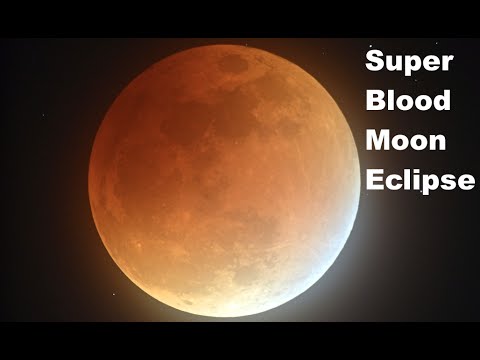 To those who are paying attention, this is apparent in real life. Every day, it seems, new scandals are highlighted and those responsible are called out by those in the media and public participants. The anger that is erupting is a side effect of the corruption which has permeated global societies for hundreds — if not thousands — of years.
In order for change to occur, the “dust” (aka secrets) which have been swept under the figurative rug must be uncovered. It is normal for revelations to lead to passion — but some people are choosing to be swept away by their anger, rather than confront the root cause of many of mankind’s ails. What is being realized around this full moon is that another shift in consciousness is occurring. This happens at least once in every generation; each awakening leads us further down the path to self-realization and truth.
As you “do the work” (meditate, adopt healthy habits, and cultivate kindness for others), especially around this full moon, you will find that you no longer need to lie to ensure your survival. You will also feel compelled to allow your “true self” to shine, not a fabricated lie to fit into society. These changes will not happen overnight, but they will be evident in time.
What are your thoughts? Please comment below and share this news!
Source: Business Insider , EarthSky
Image Credit: Wikimedia Commons
Written by: Amanda Froelich
I’m an RHN, plant-based chef, freelance writer with 6+ years of experience, Reiki master therapist, world traveler and enthusiast of everything to do with animal rights, sustainability, cannabis and conscious living. I share healthy recipes at Bloom for Life and cannabis-infused treats at My Stoned Kitchen. Read More stories by Amanda Froelich
This article is republished with kind permission from Truththeory.com