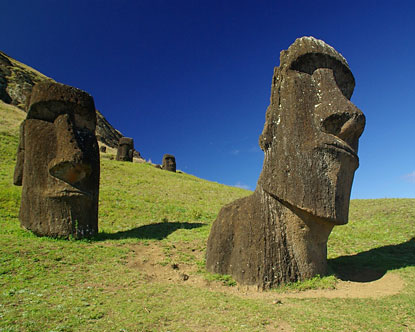 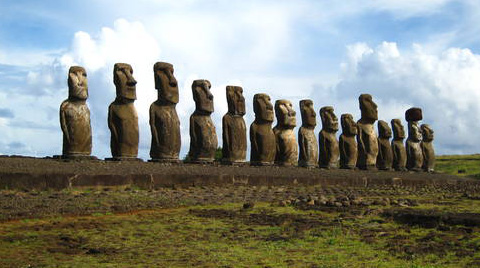 
Patreon: https://www.patreon.com/MysteryHistory Facebook: https://www.facebook.com/MysteryHisto... Twitter: https://twitter.com/Mysterytweetery Steemit: https://steemit.com/@mysteryhistory Narration By Don Moffit: www.DonMoffit.com Although academia would like you to believe, they possess a detailed, complete history regarding the construction of Easter island… Just like any other seemingly impossible site found around the world, any explanation as to how, these supposedly documented events were indeed undertaken, remains absent. We recently postulated that much of the ancient ruin that is Easter island, and perhaps the most impressive features, still to be found upon the island, are more than likely buried beneath past landslides, once caused by rapid deforestation. And as predicted, with this realised, and archaeological excavations commenced, we soon knew just how deep this ancient sediment actually is, and as such, the controversial discoveries began to surface. Not only are there ancient Moai statues, stretching into the hundreds of tons of weight dotting the island, but how these were moved into position, is knowledge lost to the Kassam of history. However, although academia would like you to believe, that these tasks were completed within the last thousand years, the evidence of a past, advanced civilisation, actually having been responsible, is all over the island. After shallow excavations were undertaken around an “Ahu,” one of the many ancient ceremonial platforms, the statues were mounted upon, polygonal masonry, uncannily similar to that found within Giza, Peru, Bolivia, and indeed all other, as yet, unexplained sites around the world, was indeed unearthed. An additional piece of evidence, we feel may one day help to eventually unravel the mystery of not only eater island, but many other ancient sites around the world, is in its past title. Once known as “the navel of the world,” it is interestingly one of many. A number of other ancient sites, thanks to our own more modern ancestors, retained their ancient titles as navels. Were these ancient civilisations, somehow able to tap into an mysterious energy grid, that can be found crises crossing our earth? It is undeniable that many of the most ancient sites, found all over the planet, can be found located upon purported ancient energy lines. Were these placements a mere coincidence? Were they placed there for another reason?? Or were they indeed tapping into an energy field, which allowed them to shift such weights. Te Pito o Te Henua, is an intriguing artefact that can be found upon the island. With such an extremely well preserved, untouched history found upon the island, Te Pito o Te Henua, is still remembered as an artefact once used by past elders, used to summon something called Manna, which interestingly translates as Earth Energy. These elders then inexplicably used this energy to float multi ton statues across the coastline, placing them in their final resting places. Are all these connections, artefacts, and historical accounts, mere, coincidence? Or are we truly on to something? Only time will tell. http://davidpratt.info/easter3.htm http://www.ancient-wisdom.com/earthna...