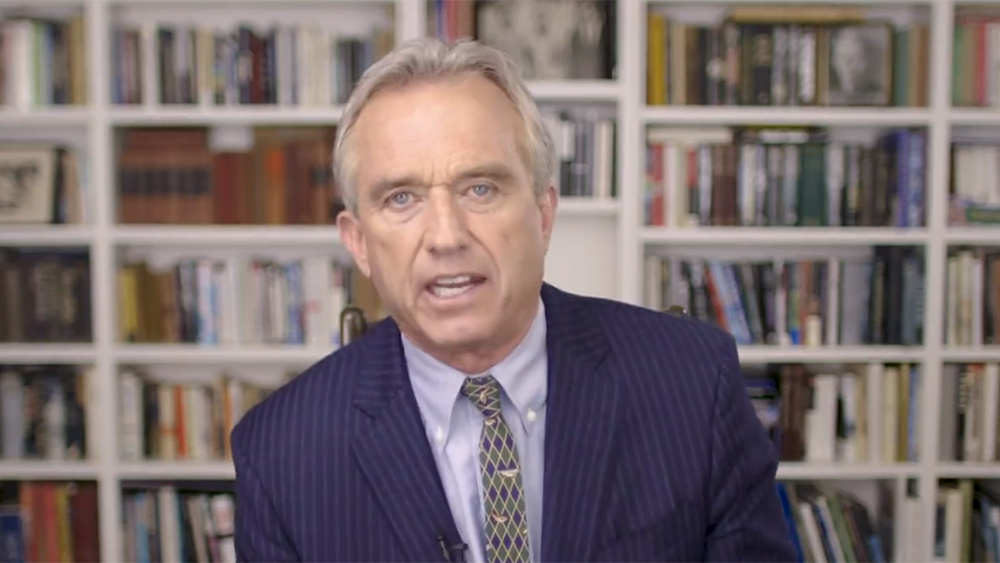 (Natural News) A video that has been censored by Facebook is now available at this REAL.video link. The video, featuring Robert F. Kennedy, Jr. of the World Mercury Project, warns about the epidemic of vaccine-induced degenerative disease that’s sweeping across developed nations.
In the verboten video, he names ADHD, autism, auto-immune diseases, rheumatoid arthritis, juvenile diabetes, asthma and food allergies. “We know from the science that all of these diseases can be caused by ingredients in vaccines,” he warns. “And we know that the epidemic of these diseases exploded after the dramatic expansion of the vaccine schedule that took place in 1989.”
RFK, Jr. says that while it’s not rational to blame vaccines for every disease, “we ought to be doing the science” to find out the true impact of vaccines on causing degenerative disease in children. Yet the CDC, the vaccine industry and the entire fake news media have been running a decades-long vaccine cover-up to shut down any and all rational skepticism about the safety of vaccine ingredients. Those ingredients, of course, include known neurological poisons such as formaldehyde, monosodium glutamate and mercury.
Facebook, YouTube and Google are all in on the conspiracy to silence legitimate questions about vaccine safety, and they blocked this video from being distributed. That’s why we’ve posted it on REAL.video, which is rapidly exploding as the new hub for important videos that are banned and blacklisted by the evil tech giants. The U.S. censorship of vaccine skepticism mirrors the content purge of communist China, which recently ordered its own state-run media to delete all articles and comments about an exploding vaccine scandal there.
Share the following link with everyone you know:
https://www.real.video/5813705248001
And watch the full video here (under 2 minutes):