By Deborah Byrd in Astronomy Essentials | Today's Image | July 28, 2018
Earth flew between the sun and Mars this week, so, during yesterday’s total lunar eclipse, the moon and Mars were close. Photos from the EarthSky community here. 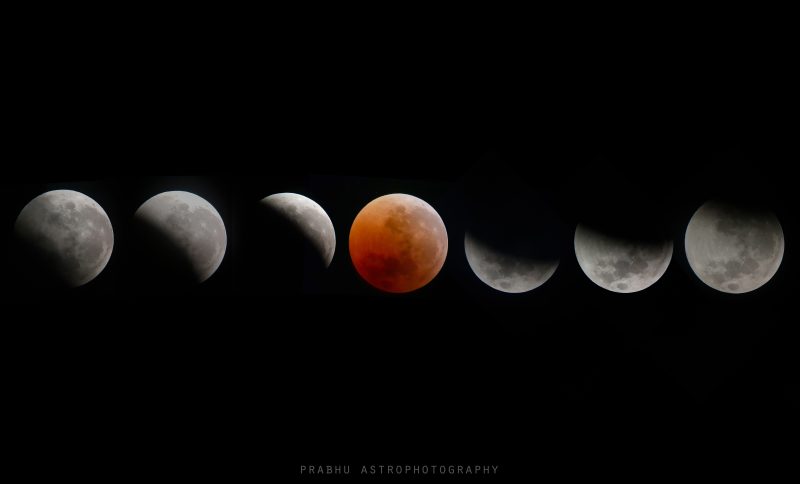 Prabhakaran A wrote from Trichy, India: “The full moon on the night of July 27-28, 2018 presented the longest and darkest total lunar eclipse of the 21st century. Totality spanned 1 hour 42 minutes and 57 seconds. The most distant and smallest full moon of the year passed through the center of the Earth’s dark umbral shadow which reached its maximum length and width for the year. This beautiful eclipse happened on the same night of Mars opposition.” 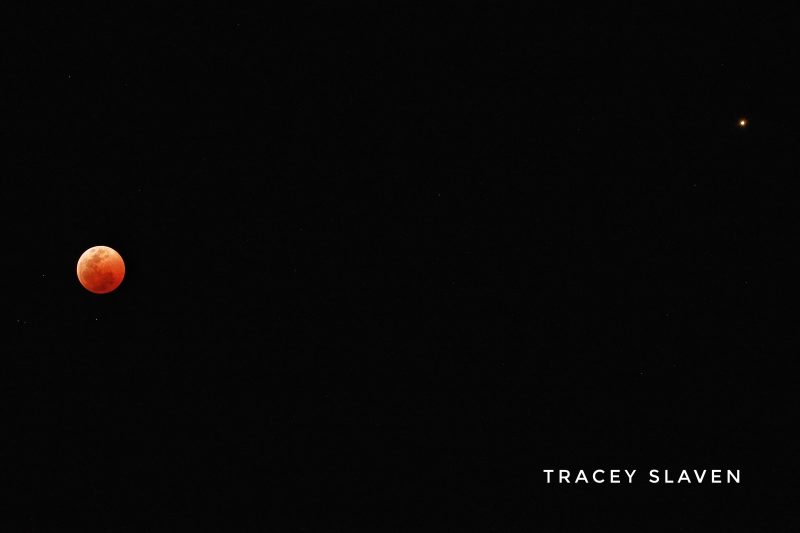 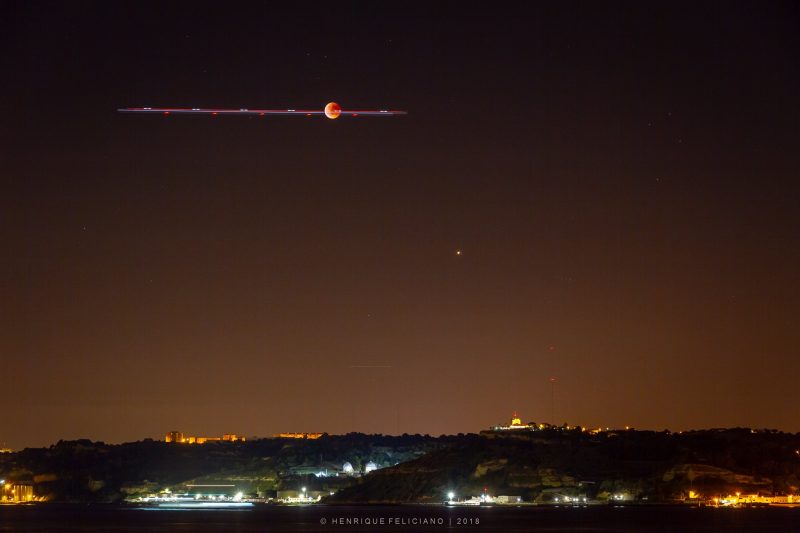 Henrique Feliciano Silva in Lisbon, Portugal caught a commercial airplane crossing the moon during the July 27 eclipse. Note that Mars – below the eclipsed moon – is shining more brightly than the moon. 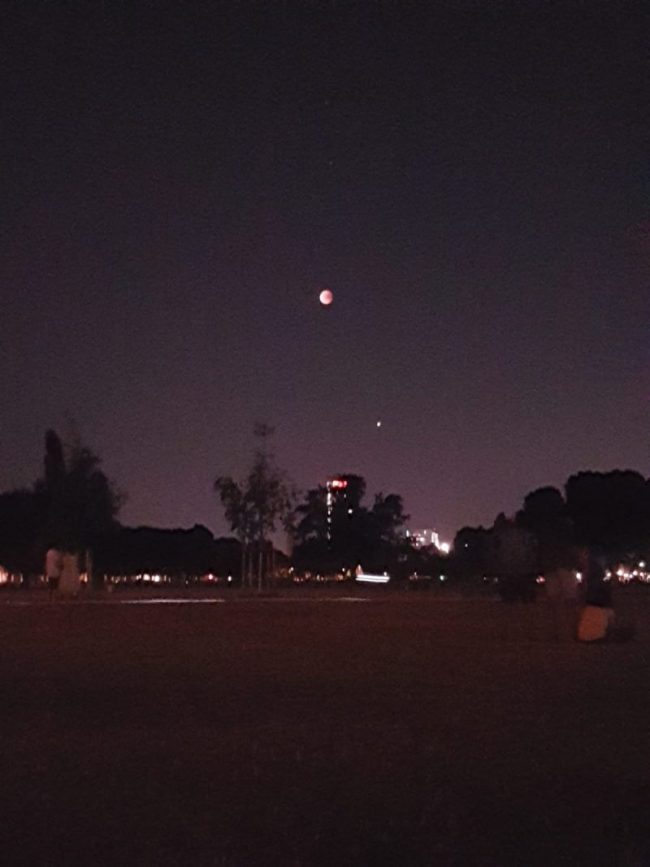 Full moon eclipse with Mars nearby, a view from the Rheinwiesen in Düsseldorf, Germany from Radhika Mohan. 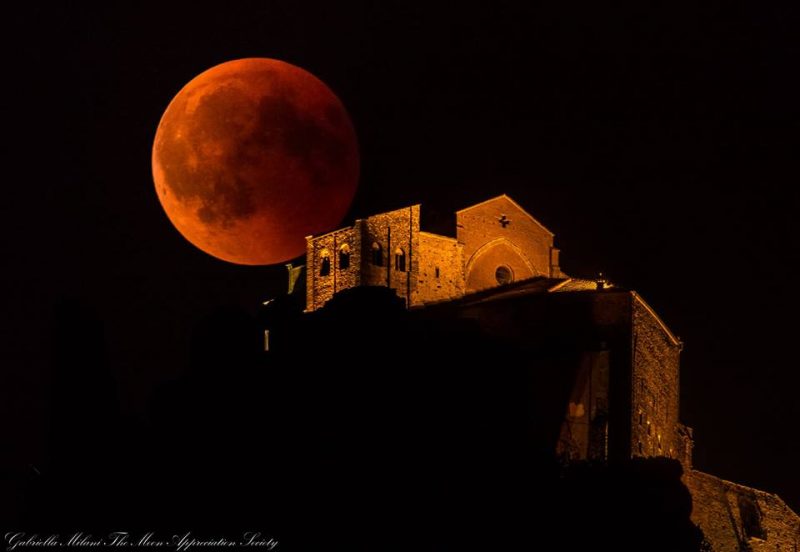 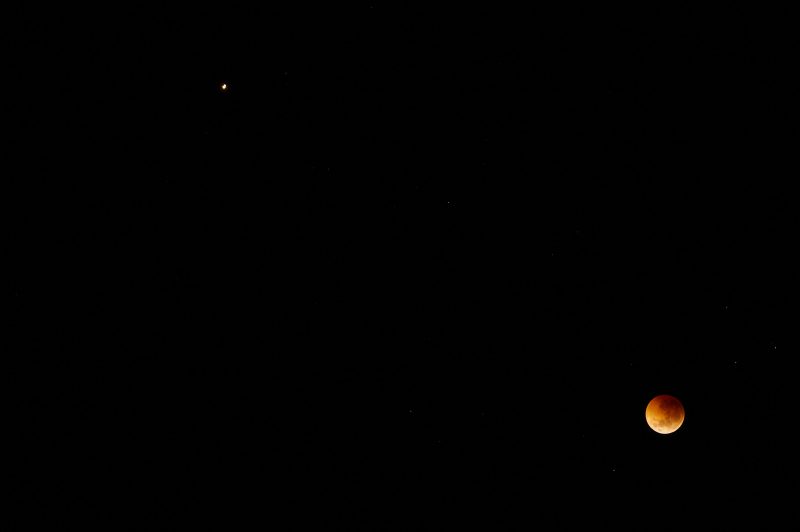 Tom Thrasher wrote: “Shot from my level 4 floor balcony which is looking west out over the Indian Ocean ‘towards South Africa,’ as we say. Had to be very patient for clouds to pass over, but then sky opened up very clear. I cropped out Mars as it was so bright in photo and therefore appear blurred. Fantastic early morning experience. I read EarthSky every day and look up info using Star Walk 2 or Solar Walk 2.” That’s a great way to use EarthSky, Tom! We also hear good things about the online planetarium software Stellarium. 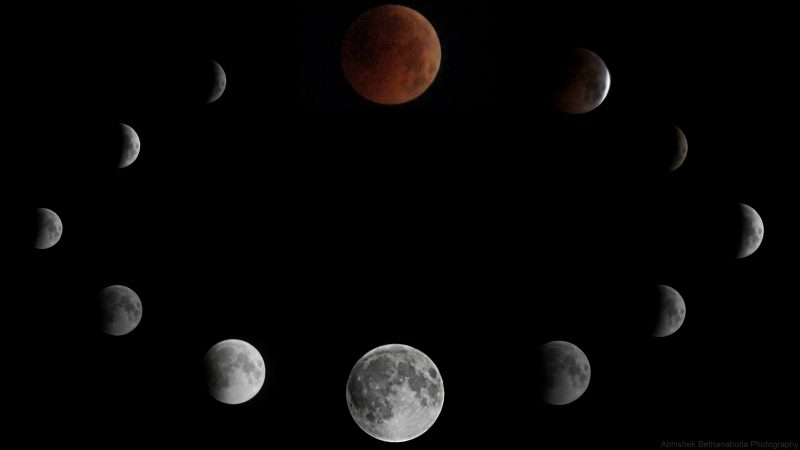 Stages of the lunar eclipse from Abhishek Bethanabotla in Hyderabad, India. 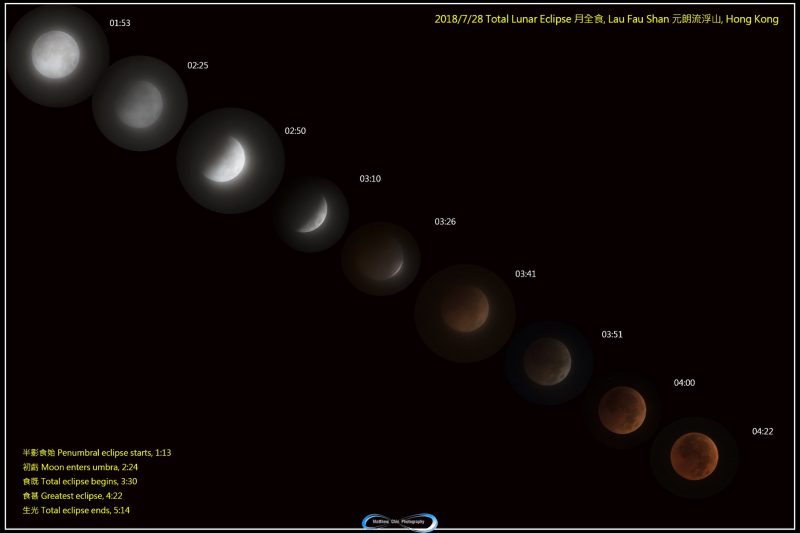 Stages of the lunar eclipse from Matthew Chin in Hong Kong. Looks like Matthew had some thin clouds … 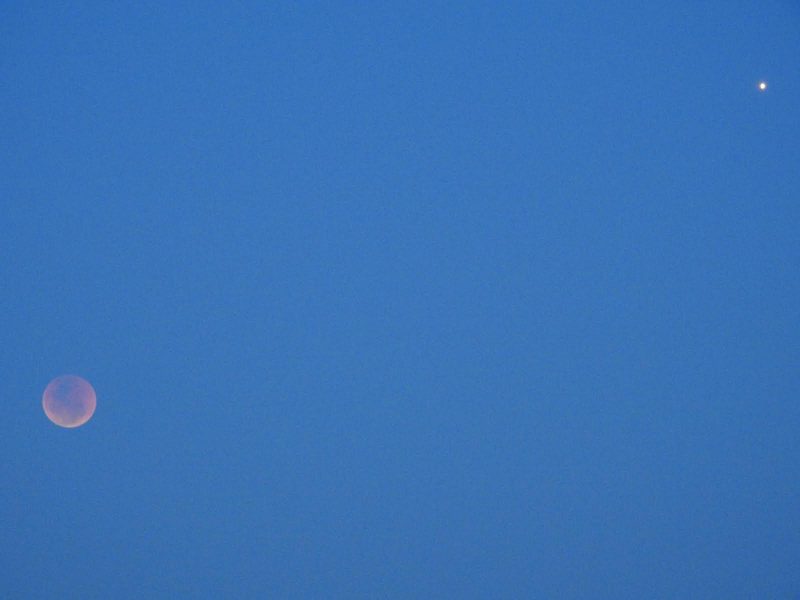 Helio C. Vital in Saquarema, Brazil saw the eclipse at moonrise, when the moon was still low in the sky. Hewrote: “The moon was very low during totality (9 degrees above the horizon only at U3)! I first spotted the moon some 25 minutes after its rise as I had predicted. Such delay was due to the fact it was thousand of times dimmer than the usual full moon when it crossed the horizon. The moon was many times darker than Mars when I first glanced it, only 5 degrees above the horizon at 17:48 (UTC-3h). It was a therefore a dark eclipse not due to recent major volcanic eruptions, but due to the fact the moon crossed the center of Earth`s shadow where the shadow is very dark. What a nice show the totally eclipsed moon and Mars in opposition (only 7 degrees apart) put on over Saquarema! Nikon CoolPix P900 camera using its Moon Mode.”
Bottom line: Photos of the total lunar eclipse of July 27, 2018 – longest lunar eclipse of the 21st century – from the EarthSky community. During this eclipse, the planet Mars was near the moon and brighter than it had been since 2003.