OUT OF MIND » THE INSANITY OF REALITY » GOVERNMENTS & THE NEW WORLD ORDER » Kim Dotcom Drops Bombshell on Twitter, Facebook

Previously, Kim Dotcom stated he was considering building the next big social media product to compete against the left-leaning and anti-Conservative Facebook and Twitter. Now, he said, that build out is a reality.
And it is in demand. Ask any Conservative. Or Dotcom.
“US tech companies are selling out their users to the Deep State,” Dotcom told True Pundit. “And they engage in opinion manipulation by censorship and promotion of their political biases. They have been exposed.

Their days are numbered. Social media sites that protect users, respect privacy and free speech are coming. I’m working on a Twitter replacement.”
Weeks ago Dotcom was merely considering building a new social media platform. It was conceptual but a possibility.
“All it takes is a real alternative with real privacy protection and zero censorship from a trusted source and Twitter will become the next MySpace, an online ghost town,” he tweeted.
Dotcom conducted a Twitter poll asking his 732,000 followers whether Twitter was “in bed with the deep state” and 89% of just under 20,000 voters responded yes.
But on Sunday Dotcom said the project is well underway.
“Exciting times,” he told True Pundit.
Godspeed.


This is last week’s chart for @Twitter stock. Keep #ShadowBanning conservative clients, @jack. How’s that working out? Is being a #LiberalLapdog profitable? 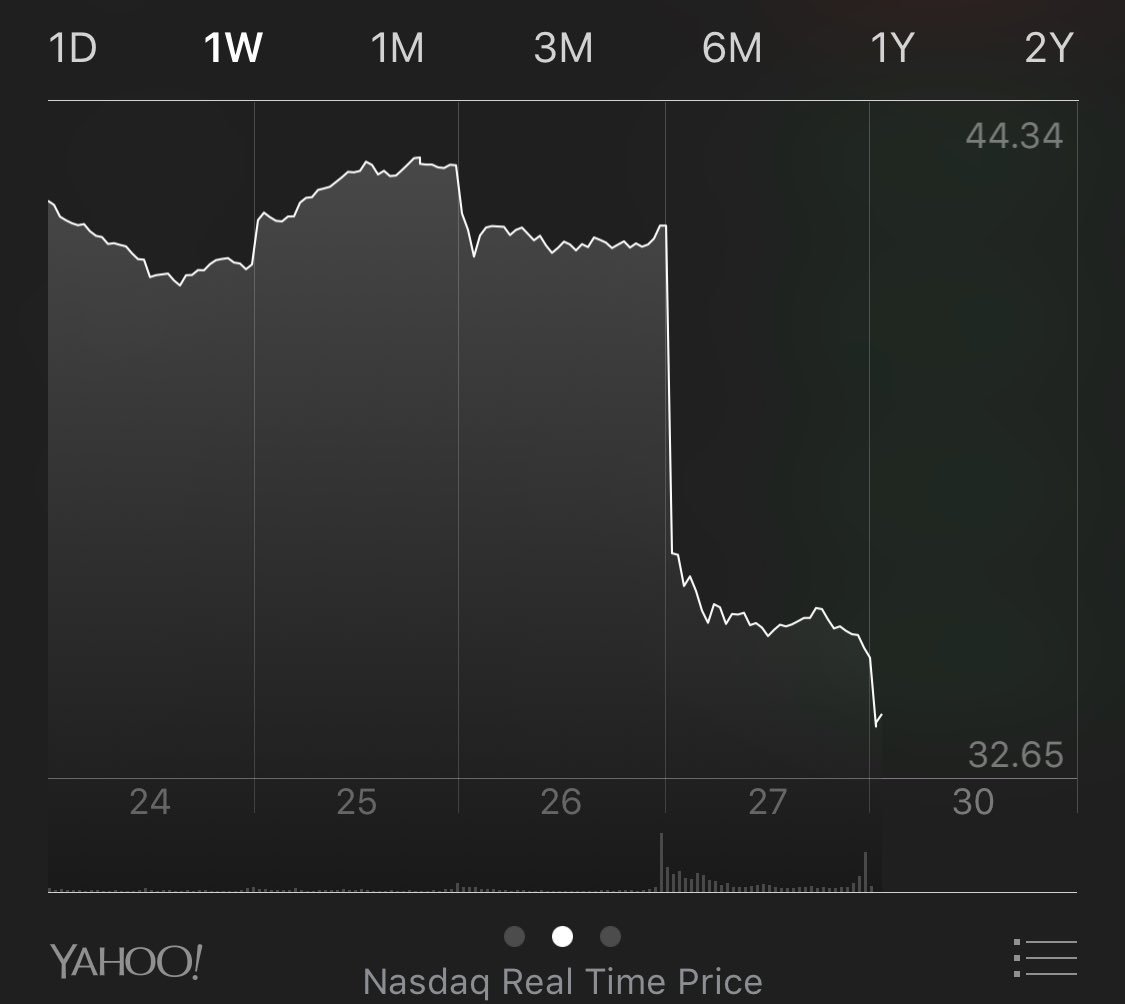 OUT OF MIND » THE INSANITY OF REALITY » GOVERNMENTS & THE NEW WORLD ORDER » Kim Dotcom Drops Bombshell on Twitter, Facebook