OUT OF MIND » THE INSANITY OF REALITY » ILLUMINATI AGENDA & WORLD DOMINATION » AS PREDICTED: #hollywoodgate intensifies, #isaackappy 100% FRAUD "uhhh I dunno"

White Rabbit News brings us this update on the”violent pedophiles” now exposed every day—including in mainstream media. See his video below this post.
A number of people are coming out very strongly now to validate the “rumours” that high profile people in all sectors of society are involved in not only pedophilia, but torture and other violent acts, as well as murder.
Isaac Kappy is one of the ones who can’t remain silent, or live with the thought of what the violent pedophiles do to children.
Much of the disclosure is coming through Hollywood and the entertainment industry because that is a hotbed of satanic cults, but also because the world has such a worship mentality around sports and entertainment figures. It’s only fitting that they would be the ones to try to reach the public. 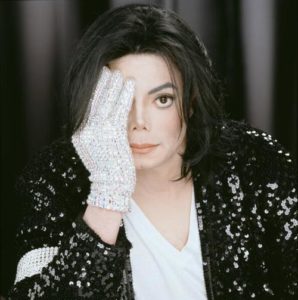 Of course various members of that industry will rally to defend certain parties and do damage control, but the time has come when people must remove the blinders and see the world for what it is—not that everyone in Hollywood is a villain. There are far more victims than villains, but the industry is rife with sexual abuse, drugs, alcohol and mind control. Many have sold their soul in exchange for stardom, worship, and money.
What people will next have to grasp is that the scourge of pedophilia has global reach and involves people in our local communities as well. These degenerates are criminals and protect each other so it’s up to the People to expose this from top to bottom; from Vatican to Planned Parenthood to your local schools. You will want to deny it, but it’s there.
Don’t miss this astounding update from Italy…

Brave folks who have spoken of these things and named names are in danger. May they be protected, because they are corroborating the testimony of those who came before them, as well as their contemporaries. It’s real, it’s repugnant, and it’s hurting millions of innocent people. Every day this parasitic “lifestyle” is allowed to flourish means thousands more victims—many of them children—and deaths. 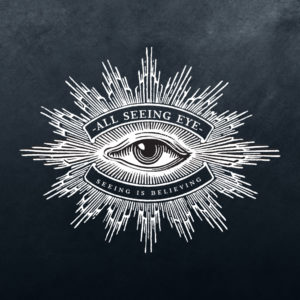 Actor Keanu Reeves told us he saw the body of a baby in a refrigerator at a Hollywood party and people doubted it. Corey Haim and Corey Feldman were abused by Hollywood pedophiles and their story came out as well but what was done about it? Angelina Jolie revealed in an old video her experiences prior to the age of 23 with violent cult practices. Unfortunately, in Hollywood the allure of stardom and power is too much to resist in many cases. Sex, drugs and rock’n’roll is nothing compared to what’s really going on in the entertainment industry.
Why have so many celebrities died under mysterious circumstances—particularly very recently? There are very good reasons for this yet most people seem content to accept the suspicious, sketchy stories the media offers. Many people are ‘suicided’ either just before or just after they decide to tell the truth about pedophilia involving high profile people.
Ben Szemkus recently exposed high profile names at a NXIVM recruitment party and he is now missing. Of course mentioning party guests like Huma Abedin, Hillary Clinton’s long-time aide, her estranged husband, convicted pedophile Anthony Weiner, and the disgraced Eric Schneiderman, politician and former Attorney General for New York State, might make Szemkus a big target. 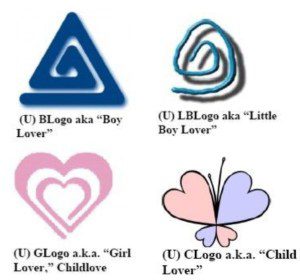 When WikiLeaks made us aware of FBI files involving satanic pedophilic symbols used in Washington, DC and we read some of the emails released from John Podesta to various parties in the US government, the location Comet Ping Pong and Pizza came up. The media made fun of it, the deep state sent in a nut-job patsy with a gun to deflect the attention and validity and the story almost died. 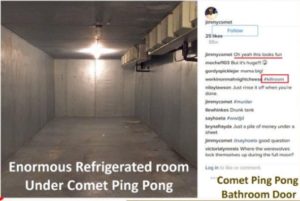 Thanks to real investigative journalists in the alternative media, from there we learned of the underground tunnel and refrigerated, concrete “kill room” under Comet Ping Pong, and many visits by the owner, James Alefantis, to the White House when Barack Obama was President. Hillary Clinton said she loved going to Comet Ping Pong. No one wanted to admit the story laid out before us could be real. But it was. Psychopaths have no compunction about lying to cover their tracks.
So many people who have attempted to expose the corruption and Satanic ritual abuse and pedophilia have been silenced. What will it take to bust it all wide open, once and for all? 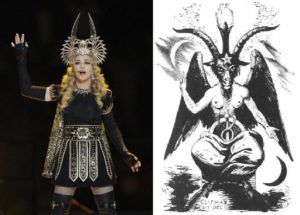 The Illuminati are not a myth. Look at the flagrant Satanic symbolism starlets and pop stars engage in at half-time shows. Ordinary folks many not consciously recognize Baphomet the goat god and his horns, the upside-down pentagram, the black and red colour scheme, the sexual innuendo, stylized 666, one-eyed gestures, vulgar “dance moves”… but that doesn’t mean they don’t exist—for a reason. These shows with millions of television viewers are often real-time rituals the Satanists believe bring them power and shape future events.
Real people and real victims have come forward many times over the years to share their stories. I, and many others like me have shared them for them, and readers here for the most part are aware of the situation, but we have to take this outside the limited enclosure of the Truth Media. We have to break through to the outside. Social media can do that.
The mainstream media is not going to tell the public about pedophilia any more than they will tell them about the plot to murder President Trump, to vilify President Putin, the poisons in vaccines, water and food, the racketeering in Washington, DC or anything else the psychopaths do. The deep state is desperate to cover their asses now, hence the distractions over President Trump and what he has or hasn’t done.
It’s up to the Independent Media to get the word out. From there, folks can share lightning-fast on social media. It’s important, and we can all play a role in the exposure of the endemic evil and subsequent cleansing of our society and our planet. It doesn’t cost anything and takes but a minute. The price to pay for remaining silent and doing nothing, however, is incalculable.

Don’t worry about “shadow banning”. They can’t stop everyone. Overwhelm the system.
Pick a video or article you like and share widely.
Patriots can also visit the corporate media websites and in the comments ask them why they aren’t addressing these pedophilia issues and link to articles and videos. Hammer them. That’s how you let people outside the Truth movement know about these things. They will see them and explore out of curiosity.
People must begin to connect the dots. The evidence is overwhelming at this point.
The energies are on our side now to shine a light on evil and begin to repair the damage. Human trafficking must stop. Let’s not leave courageous souls like Isaac Kappy hanging out to dry.  MEGA  ~ BP

OUT OF MIND » THE INSANITY OF REALITY » ILLUMINATI AGENDA & WORLD DOMINATION » AS PREDICTED: #hollywoodgate intensifies, #isaackappy 100% FRAUD "uhhh I dunno"