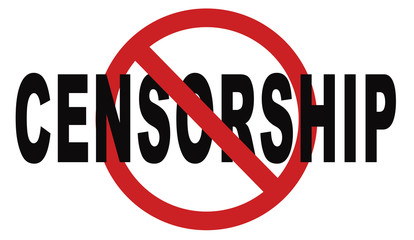 In February 2018, CNN (CIA) began to lean heavily on YouTube to make them terminate Alex Jones’ YouTube channels but instead, several medium-sized alt news channels took the hit, including the utterly innocent Bombard’s Body Language with 265k subscribers and the Richie Allen Show with 76k subscribers. The latter was eventually restored, after vigorous lobbying, while others, like the SGTReport (351k subscribers) and Crowdsource the Truth (65k subscribers) have since experienced their own dramatic take-downs and restorations.
You can call Alex Jones “controlled opposition” all you want but you can’t deny that the other shoe has now dropped, with his stunning mass de-platforming on Monday by YouTube, Facebook, iTunes, Spotify, LinkedIn, Pinterest, MailChimp, etc. in the latest installment of this ongoing behaviorist study of public reaction to the demonetization of free speech.
I’ve been chronicling the saga since it happened to me in December 2014, when Google AdSense demonetized the ads on my website from one day to the next, with no warning or recourse and I went from having a comfortable 6-figure job to scrounging to eat and pay my rent. When I tried to tell people about this, they thought I was crazy. A year later, it started happening to lots of others. And now, it’s happened in a very public way to Alex Jones.
My first shocking episode was way back in August 2011, when my mass emailing company at the time, AWeber deleted my account without warning and no opportunity of backing up my data. They told me that complaints over a post about SmartMeters caused one of the 3 biggest Internet Service Providers to threaten them with blocking all of AWeber’s other clients’ traffic, unless my account wasn’t immediately deleted.
American Intelligence Media (60k+ subscribers) recently explained how all of the above has been part of a “controlled demolition” of free speech and that we are in a race against the Globalist technocracy, who are clamoring to implement a 5G Global Information Grid, which will coincide with a system of “social credit”, now being beta-tested in China. The latter merges individual credit and legal records, online purchases and monitors social media accounts for any sign of dissent, resulting in a score of one’s “citizen ranking”.
If you associate with dissidents who have low rankings, your score is lowered, which may prevent you from traveling, buying property, sending your child to private school or even eating at a nice restaurant, all of which have begun happening. The final version of this scoring system is set to be implemented in 2020. It will relay real-time data reports to government officials and law enforcement. Apparently, this is what Eric Schmidt has been up to since he abruptly departed Google/Alphabet in December, 2017.
As reported by TRUTHStream Media (335k subscribers), Estonia is leading the pack of EU countries that are launching similar projects, where one’s government ID will connect with ALL personal data, including one’s genome! Medical, pharmaceutical, voting records, government transactions, legal activities and banking will be linked with biometrics to authenticate one’s online comments and enable financial and legal transactions, including the signing of contracts, etc. and store all encryption keys online. Similar e-ID programs have already been rolled out in all of the Scandinavian states and France wants to be on par with Estonia by 2022.
The rest of the world is not too far behind. If any US readers have gotten a new driver license recently, you’ve probably noticed that the DHS’ REAL ID Act of 2005 has altered the way your state issues your card, which also has new features. Apparently, the REAL ID database links to a global database.
One wonders if social media sites like YouTube are even what they purport to be. YouTube is a money-losing behemoth that’s only good for feeding AI and the Global Information Grid. Can you imagine the amount of data and servers and the electrical costs involved with maintaining YouTube? 15 years of YouTube data is estimated to equal roughly 1 sextillion gigabytes, to say nothing of what it costs to serve over one billion users in 88 countries several billions of views daily.
The Google-YouTube monopoly, Amazon, Facebook and other Tech Giants only exist in their current form as a result of their relationship with the National Security complex (and US Tax Dollars). They merely masquerade as private enterprises and should therefore not be allowed to operate under US Laws governing corporations but should rather be bound by the laws of public utilities.
American Intelligence Media says we may soon see these Tech Giants intentionally collapsed, as they’re unable to afford the heavy taxes and royalties being imposed on them by recent EU legislation.
In this video by Ben Swann, a former Mainstream Media journalist who was himself de-platformed explains why the de-platforming of alternative news by the Tech Giants may result in their own demise.