Darrell Miklos, an explorer for the Discovery Channel and his team believe they have discovered a USO (unidentified submerged object), which may just be an ancient alien spaceship, in the Bermuda Triangle close to the Bahamas.
He spotted the large obtrusions while exploring the area in a submersible looking for shipwrecks. ‘I was trying to identify shipwreck material based on one of the anomaly readings on Gordon’s charts when I noticed something that stuck out, that shocked me,’ said Miklos speaking in an exclusive interview with DailyMail.co.
According to the latest statements from a Discovery Channel Explorer Hunter, evidence of downed alien ship may have just been found, as a team of explorers was investigating shipwrecks beneath the Bermuda Triangle.
Using maps created by famed NASA Astronaut Gordon Cooper, explorer Darrel Miklos has made an astonishing ‘unexplained’ discovery deep beneath the so-called Bermuda Triangle. 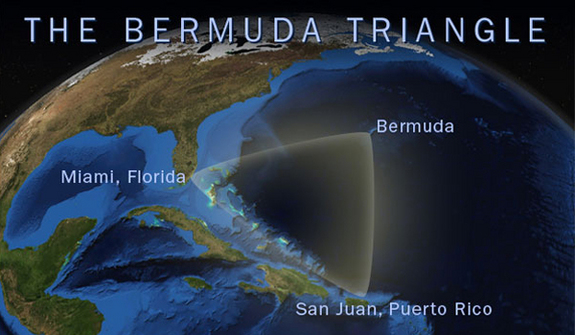 The Bermuda Triangle, also known as the “Devil’s Triangle,” the Bermuda Triangle consists of a region in the western part of the North Atlantic Ocean and is defined by points in Bermuda, Florida and Puerto Rico. It stretches across less than a thousand miles on any one side. The triangle does not exist according to the US Navy and the name is not recognized by the US Board on Geographic Names. This mysterious body of water is filled with incredible stories and rumors that if not supernatural or otherworldly.
Miklos’ discoveries have featured in over two seasons of hit series Cooper’s Treasure by the Discovery Channel.

Thanks to maps put together in the 1960’s by famed NASA astronaut Gordon Cooper through which more than 100 magnetic anomalies have been identified in the Caribbean alone, Miklos set out to explore an ‘undisclosed’ location the Bahamas in order to investigate what he believed was an ancient shipwreck on the ocean floor. 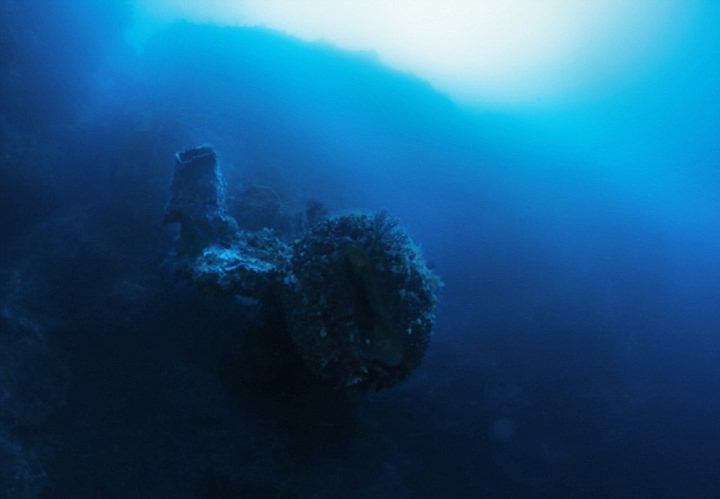 The mysterious object is unlike anything Miklos had ever seen.
However, instead of discovering a shipwreck at the undisclosed location, he discovered a bizarre structure like nothing he’d ever seen.
The massive submerged object (USO) has fifteen, 300ft-long obtrusions jutting from its side.
The weird object was spotted resting on the ocean floor as the team was filming episode seven of Cooper’s Treasure.  Miklos said to Daily Mail how he and his team want to bring the ‘alien spaceship’ to the surface.
He told the Daily Mail: “We were doing a scene where I was sitting in a two-man submersible.”
“We were out in the Bahamas and we were on an English shipwreck trail, somehow related to Sir Francis Drake. I was trying to identify shipwreck material based on one of the anomaly readings on Gordon’s charts when I noticed something that stuck out, that shocked me.” 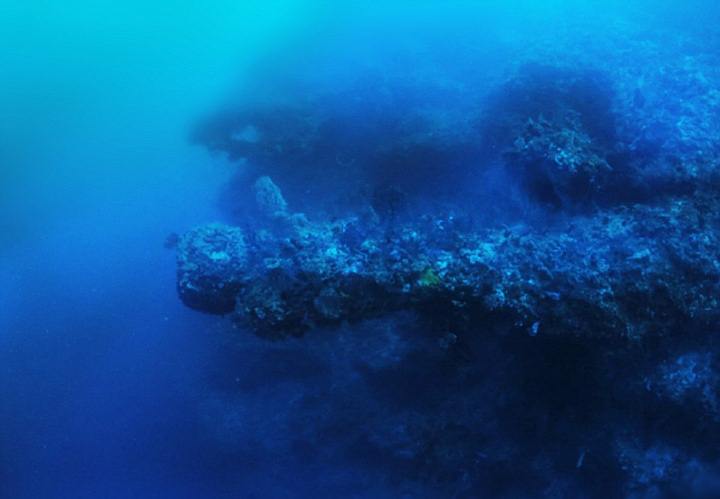 Miklos and his team believe they may just have found an ancient alien ship.
“It was a formation unlike anything I’ve ever seen related to shipwreck material, it was too big for that. It was also something that was completely different from anything that I’ve seen that was made by nature.”
“It’s almost like there are five arms coming out of a steep wall cliff and each one of these is the size of a gun on a battleship. They’re enormous and then there’s five over here and five over there, 15 in total. There are identical formations in three different areas and they don’t look nature made, they don’t look man-made, certainly nothing I’ve ever seen based on my experience and I have years of experience at doing this, we’ve identified multiple different types of shipwreck material, this doesn’t match or look anything like that.”

Located 300 feet below the Bermuda Triangle, the explorer and his team say they’ve also discovered unexplained formations around the main object, all of which are covered in thick corals, meaning that the object is most likely hundreds if not thousands of years old. 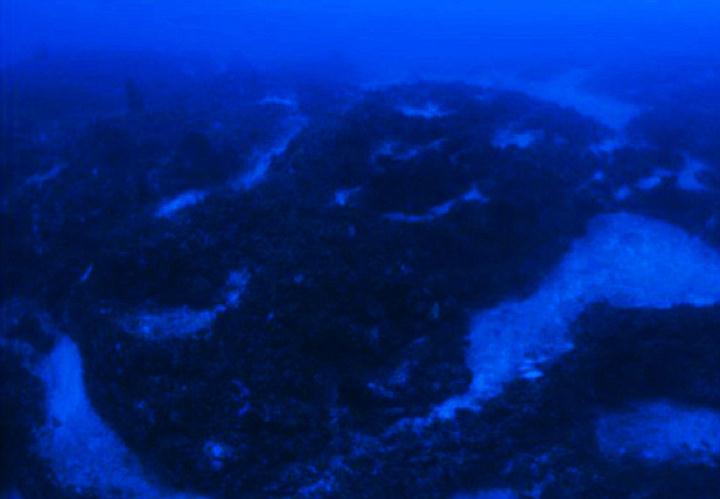 These mystery shapes score the top of the massive central mound. Each of these lines is the width of a family home, reports the Daily Mail.
According to many people, the Bermuda triangle is one of the largest anomalous zones on planet Earth, and while most people think the Bermuda triangle is only located on the water, only a few people know that its anomalous region extends hundreds of kilometers inland.
Even Astronauts, Russian Cosmonauts, and pilots from around the world have spoken about the Bermuda Triangle saying to have seen flashes of light when flying over the area, moments in which, according to many, electronic flight instruments appear to malfunction.
Miklos says that after having made the mind-bending discovery beneath the Bermuda triangle, he decided to dig further into Cooper’s files and find new evidence that what he had just seen beneath the ocean, may, in fact, be an alien ship.
As explained by an in-depth article from the Daily Mail, the astronaut had written ‘unidentified object’ on the chart of the area rather than mentioning any historical shipwreck.
Miklos further explained: “I investigated some of Gordon’s charts, I realized that there was something else on there that Gordon was referring to.”
“Then it made sense to me why it wasn’t identified as a shipwreck… he had to mean it might be something from another world.”

“Gordon believed in aliens. He believed that we had visitors from other planets and he also believed that a lot of these things landed in this particular part of the world.”

» Ship goes missing in the Bermuda Triangle
» NASA Astronomer Does Not Believe that Oumuamua is an ALIEN SHIP
» Alien Cube Ship Seen 3 Times In NASA Sun Video
» NASA Announce The Discovery Of Over 1,200 Planets That May Have Alien Life
» 5/15/2014 EXPOSED! ALIEN SHIP POSING AS A MOON! - NASA COVERUP