Among all lost cities that have been mentioned in ancient myths, legends and texts, there is one, in particular, a few have heard of.
Located in Colombia’s Sierra Nevada, ‘La Ciudad Perdida’ (Spanish for Lost City) is believed to have been constructed around 800CE, predating the popular city of Machu Picchu by around 650 years. The city is composed of more than 160 terraces carved into the mountainside.
The ‘Lost City’ is hidden at more than a thousand meters above sea level. 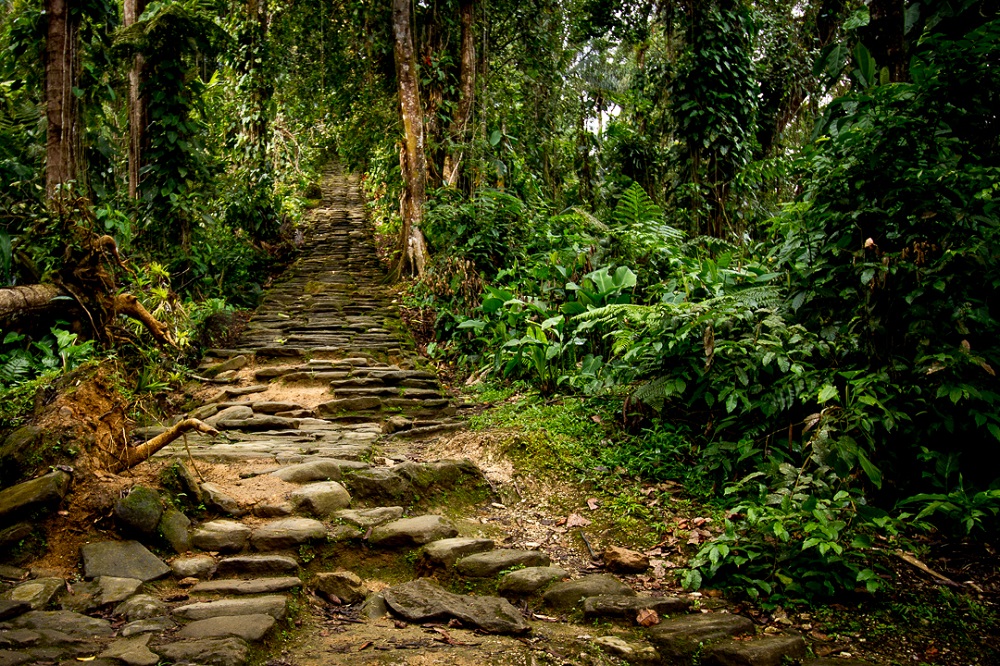 This is a section of the stone staircase that leads up from the river valley to Ciudad Perdida. Image Credit: Wikimedia Commons. CC BY-SA 4.0
The Lost city is locally known as Teyuna and Buritaca.
The city is believed to have been founded by the Ancient Tairona civilization, and it most likely served as the region’s political and manufacturing center on the Buritaca River. Rough estimates indicate the city may have been inhabited by around 10,000 people.
The Tairona civilization flourished in northern Colombia between 200 CE and 1600 CE. Similar to the ancient Muisca culture, the Tairona too were well-known for their incredible expertise in metallurgy, especially goldsmithing.

The Lost City served as one of the major cities of the Tairona Civilization, covering about 13 hectares (32 acres) in the “core”.
The Tairona had to abandon their settlements around mid-17th century CE, and the forests swallowed most of their traces. 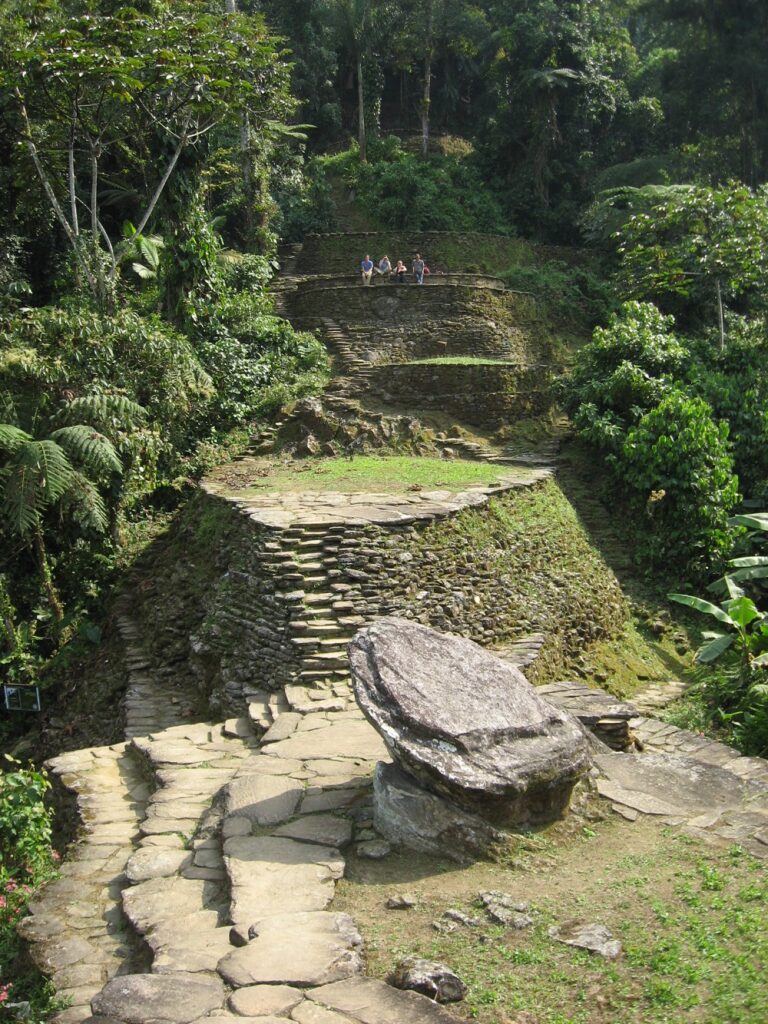 View of the central area of the city. Wooden structures once stood on the stone platforms. Image Credit: Wikimedia Commons. CC BY-SA 3.0
The ancient city consists of a series of 169 terraces that were carved into the mountainside. One of the terraces of the Lost City covers nine hundred square meters.
The lost City also features a network of tiled roads and a number of circular plazas.

The ‘Lost City’ is home to a massive boulder which features mysterious carved lines. Archaeologists believe the boulder was used as an ancient star map. 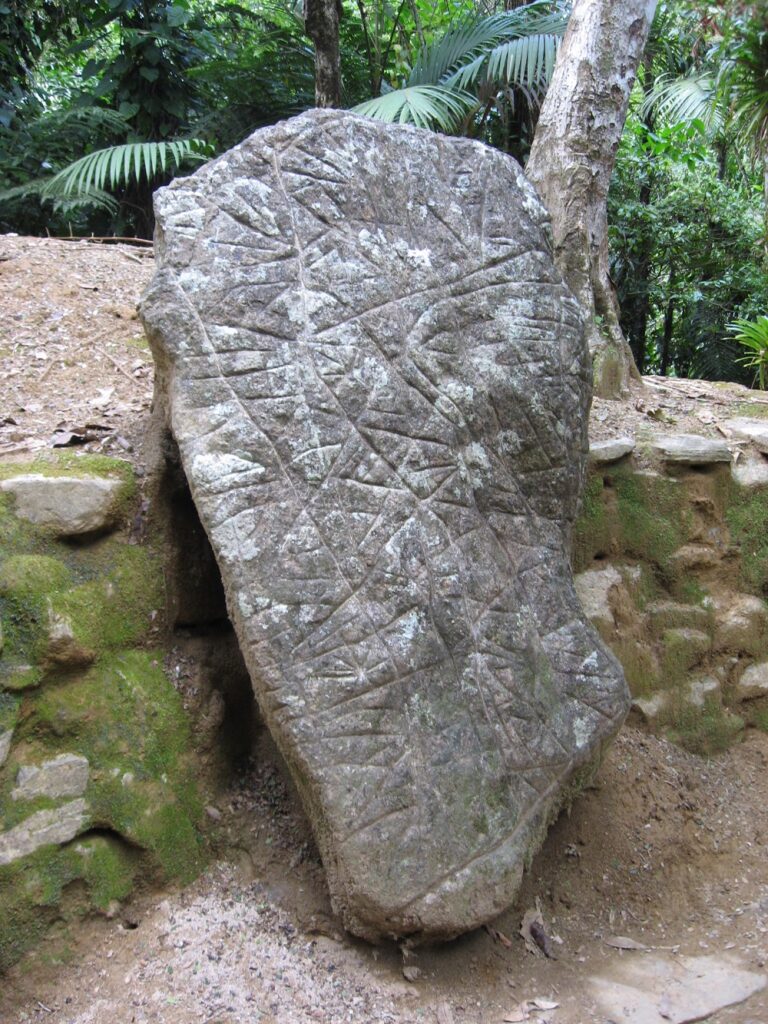 A boulder with carved markings believed to be a map of the stars. Image Credit: Wikimedia Commons. CC BY 3.0
The entrance to the city can be reached only after climbing around 1,200 stone steps through a dense Colombian Jungle.
The city was rediscovered in 1972 when adventurers and treasure hunters stumbled across a series of stone steps rising up the mountainside.
They called the city “Green Hell” or “Wide Set”.
Soon after, a number of precious artifacts—mostly made of gold—started appearing in the countries black market, archaeologists reached the site in 1976.
They completed the renovation of the city between 1976 and 1982, documenting most of the structures.
Today, ‘La Ciudad Perdida’ is acknowledged as one of the largest pre-Columbian cities discovered in the Americas, and is the focus of Colombia’s most popular multiday hike.

» The Lost City of Ciudad Perdida and Its Mysteries
» Who Built Machu Picchu's Temple Of 3 Windows?
» Machu Picchu was purposely built on fault lines
» The enigmatic ancient ‘city’ of Midas, built by the Phrygians almost 3,000 years ago
» Lost Egyptian City Thonis-Heracleion Revealed After 1,200 Years Under Sea