OUT OF MIND » CHANGING ENVIRONMENT & NATURE » ATMOSPHERIC CHANGES » An amazing appearance in the Chinese sky, a glimpse of the celestial kingdom?

An amazing appearance in the Chinese sky, a glimpse of the celestial kingdom? 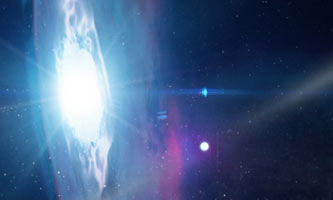 
In recent years, strange appearances have been reported in the skies around the world, and one of the countries where there seems to have been a greater number of spectacular sightings is China. Indeed, in different localities of this Asian country, citizens registered a phenomenon that has terrified everyone. It is about strange shadows in the sky that were baptized as the "ghost towns". These ghostly cities that appear floating among a dense fog, were uploaded to YouTube, which has generated intrigue and speculation in millions of Internet users. According to the scientists, these are mirages, that is, an image displaced from objects created by a refraction of light rays. This phenomenon is known as "Fata Morgana" and is produced by the separation between hot air and cold air (denser) near the earth's surface acting as a refracting lens, producing a virtual image and generating an optical illusion. However, we must also mention other hypotheses that try to explain these strange phenomena, namely: -Holographies created the framework of the Blue Beam Project (Blue Ray Project), of the elite with the idea of confusing and thus pave the way towards the new world order. -Parallel universes. -Portales another dimension that opens above the Earth. -The mysterious experiments that take place at the LHC particle accelerator at the CERN center in Geneva, Switzerland. According to this last hypothesis, it is clear that scientists have been shooting the "particle accelerator" in an attempt to find or even create miniature black holes. And according to project leaders, not only the creation of mini black holes is possible, but the gravity of our own universe can seep into a "parallel universe". Due to these statements, many people around the world believe that experiments like those of CERN could create a phenomenon never before seen on planet Earth. An example of this phenomenon could be the numerous "floating" mysterious cities that have been seen around the world. But, curiously, not only floating cities have appeared. They have also managed to visualize and record the appearance of three suns, the so-called "eye of God", balls of fire, and now, something so surprising that it can only be described as "a glimpse of the celestial kingdom". Is it a new mirage? Or, perhaps, we are getting to know-or to glimpse-something so magnificent and shocking that in addition to being amazed, little else we can say or do, except look at the sky and wait ... Source:http://ins.bles.com/una-asombrosa-apa...

OUT OF MIND » CHANGING ENVIRONMENT & NATURE » ATMOSPHERIC CHANGES » An amazing appearance in the Chinese sky, a glimpse of the celestial kingdom?

» A Glimpse Into The Future - Folks You Have To Watch This - It's AMAZING
» Amazing Old Kingdom Tombs Found in Egypt
» Chinese Box Exposed:"It can now be reported that elements of the Chinese military are set to decapitate the current Chinese government aka their Politburo"
» Rare glimpse of spectacular supercell
» Crop Circles At Etchilhampton Hill (1), Nr Etchilhampton, Wiltshire, United Kingdom. Reported 27th July And The Windmill, nr Quenington, Gloucestershire, United Kingdom, Reported 26th July 2014.