OUT OF MIND » TRUTH IN CONSPIRACY THEORIES? » HISTORIES MYSTERIES » Who Built The Pnyx Wall?

Who Built The Pnyx Wall? 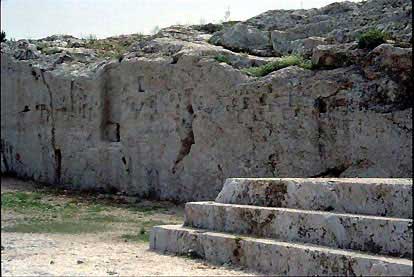 
Support Our Work: Patreon: https://www.patreon.com/MysteryHistory Facebook: https://www.facebook.com/MysteryHisto... Twitter: https://twitter.com/Mysterytweetery Steemit: https://steemit.com/@mysteryhistory Narration By Don Moffit: www.DonMoffit.com Pnyx was at one time the official meeting place, of the Athenian democratic assembly of Ancient Greece. In the earliest days of Athenian democracy, the ekklesia met in the Agora. However, sometime within the early 5th century, the meeting place was moved to a new meeting place, which came to be called "Pnyx," from the Greek word meaning "tightly packed together". This word, we feel, was more than likely inspired by the astonishing polygonal masonry, so often conveniently absent, any of academia explanations as to the origins of such sites. How can individuals tasked with establishing an accurate understanding, as to the origins of such sites, seemingly overlook that which cannot be explained? It is clear to us, that a conspiracy, has befallen the academically established historical timeline of our species. This, in favour of a perceived all knowing, rather than that which they truly are, rather out of their depth. The Pnyx Wall, being one of the most compelling and enigmatic features, of the ancient ruin. Polygonal masonry of extraordinary size, with a construction method indicative of a lost technology, and thus, lost civilisation. Excavations at the site began in 1910, by the Greek Archaeological Society, which definitively confirmed the site as “the Pnyx.” Large-scale excavations were conducted at various times between 1930, and 1937 by Homer Thompson, in collaboration with K. Kourouniotes, and later with Robert Scranton. These excavations, discovered the foundations of important buildings at the Pnyx. These building clearly of a great antiquity, have turned to dust over the eons. Although, even back then, these individuals were clearly tasked with establishing a certain sequence of events, completely absent any propositions, pertaining to the seemingly impossible masonry present all over the site. These included two large stoas, which these same individuals, somehow, supposedly established, were erected between 330 to 326 BC. Interestingly on the western end of the site, is an ancient astronomical observatory. However, during the Greeks inhabitancy, the site was the focus of political discussion, not astronomy. These discussions were held every 9 days, and required the involvement of no less than 6000 residents of Athens, although it is thought that the site could actually hold more than 20,000 individuals! Who built Pynx? Or indeed the inexplicable polygonal masonry, present in its boundary wall. With blocks similar in size to that of the fortress of Sacsayhuaman, the question is, why has this site seemingly been overlooked? Not only by academia, but missed by the majority of alternative research? This absence of research, we feel, is clear proof of academia’s efficiency to stifle free thought. We suspect that their motives focus on protecting investments. To retain book sales, in regards to their apparent, accurate explanations of the Greeks and Romans. This requires the concealment, of anything which contradicts this tale of events. Concealing features, which would inevitably ignite unanswerable questions within the viewers mind. It is undoubtedly an astonishing wall, surrounding an equally astonishing ruin. A place we find, highly compelling. https://en.wikipedia.org/wiki/Pnyx

OUT OF MIND » TRUTH IN CONSPIRACY THEORIES? » HISTORIES MYSTERIES » Who Built The Pnyx Wall?