OUT OF MIND » PERCEPTUAL AWARENESS » OTHER DIMENSIONAL » 7000 Souls Recall Their ‘Life’ Between Lives During Regression Hypnosis, The Similarities Are Astounding

7000 Souls Recall Their ‘Life’ Between Lives During Regression Hypnosis, The Similarities Are Astounding

7000 Souls Recall Their ‘Life’ Between Lives During Regression Hypnosis, The Similarities Are Astounding Thu Aug 23, 2018 7:01 pm 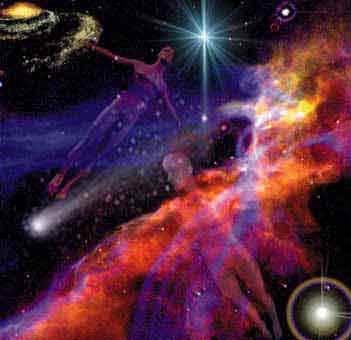 7000 Souls Recall Their ‘Life’ Between Lives During Regression Hypnosis, The Similarities Are Astounding

Certified Master Hypnotherapist Michael Newton developed a technique to regress his clients back in time to recall memories from their past lives. During this process he stumbled upon a discovery of enormous proportions. He was able to bring the souls back to the place where they go before their next life — a life between lives. Out of 7,000 regressions, a large majority had eerily similar recollections of a place that many of them called “home.”
One of the most fascinating aspects of Newton’s work was that it didn’t matter who he was working with or what their previously held beliefs were in regards to the concept of “a soul” or reincarnation–in fact, many didn’t believe in these concepts at all. After coming out of a session, many of these people were changed forever. They were able to recount some of their past lives and feel and clearly see the relationship those previous lives had to their current life.

The Life Between Lives

In the world of hypnotherapy, past-life regression is almost common, but what’s unique about Newton’s work is his ability to get his subjects to recall memories from being in the womb, and then from before that point as well, to the place between each life. This was a place where, often, all of the soul family was waiting and welcoming with open arms. Many of the subjects were often surprised to see who was there as some of these people had provided a challenging experience for them in their previous lives.
According to Newton, the hypnotic responses from his subjects in regards to the afterlife provided credible information because of the consistency in their reports. Often the subjects would even use the same words and graphic depictions of where they were and what they were seeing. Newton had no reason to feel that anyone had a motive to fake their stories, and treated each case as if he was hearing the information for the first time. In other words, he was not suggesting words or ideas to them, but rather giving them the freedom to express these lives on their own. The similarities between the subjects was quite astounding. Some of these similarities included,

Again, not only is this level of similarity and detail fascinating, but many of the thousands of people who were put under this hypnosis had no previous belief of reincarnation, the soul, or source consciousness. Their experiences here changed their minds.
In one instance a woman who had always faced challenges with her father in her current life saw that his soul had actually inhabited the body of the man who was the one who killed her in a past life. She was able to see how the members of the soul family aren’t always who you might expect. Some people who have caused us the most grief may have been doing so for our soul’s best interest, in order to help us grow.
For some of us, this work may resonate on a deep level. I know for myself while watching a documentary on this subject called, Flipside: A Journey Into The Afterlife,  and hearing the people recount their previous lives or the place that was often described as “home,” no part of me doubted anything they were saying for even a second. This information resonated to the very core of my being and just happens to go along quite nicely with my previously held beliefs in terms of reincarnation and the afterlife. Of course, we can never know for sure, but the topic of past lives and life after death is truly fascinating and can be fun to explore. I highly recommend the book on this subject, Journey Of Souls: Case Studies Of Life Between Lives by Michael Newton himself. It goes into much more depth and provides transcripts of actual sessions with the hypnotized subjects.
What do you think happens when we die?
Much Love

OUT OF MIND » PERCEPTUAL AWARENESS » OTHER DIMENSIONAL » 7000 Souls Recall Their ‘Life’ Between Lives During Regression Hypnosis, The Similarities Are Astounding

» A Journey Through Space, Time, & Far Out Dimensions – The Life-Changing Impact Of Past Life Regression
» The Girl Who Could Recall 10 Past Lives
» The Mysterious Connection Between Past-Life Recall, Near-Death Experiences, Alien Abductions & Multiple Personality Disorder
» The Mystery of Past Life Recall
» Helping Lost Souls And Earthbound Souls