Electromagnetic Hypersensitivity and Its Unexpected Causes No One Talks about

Electromagnetic Hypersensitivity and Its Unexpected Causes No One Talks about Fri Aug 31, 2018 11:37 am 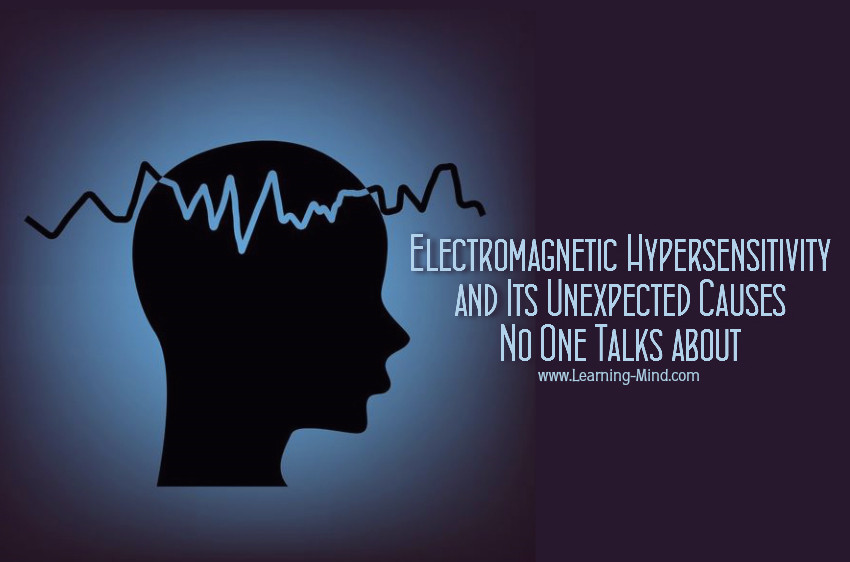 It might sound like a science fiction story, but electromagnetic hypersensitivity is real for many people and caused by a variety of factors.

What causes this sensitivity?

Yes, it’s more common than you think. This electromagnetic hypersensitivity is present in most modern technology sources such as video displays, computers, and smartphones, among other devices.
Its causes are unexpected too. It seems that only those with special circumstances or gifts are prone to this issue. Here are a few examples.

Empathic people are much more sensitive to everything. This includes having a healthy dose of electromagnetic hypersensitivity. Usually, this is due to their ability to sense the emotions of those around them. This strong set of abilities makes it hard to ignore the strong pull of technology’s electromagnetic waves.

On the path to enlightenment, many amazing things will happen, some positive and some negative. Many followers of spiritual beliefs may even endure a certain level of electromagnetic hypersensitivity.
In all honesty, it might be impossible for seekers of truth to remain surrounded by modern technology. While some embark upon nature excursions to be closer to a higher power, others may do this to eliminate the influence of electromagnetic field sources.

Some hypersensitivities may be present in those who suffer from mental illness. Whether they are imagining these sensitivities or if they are experiencing these feelings due to the change in their brains, it still poses a serious issue to them.
For instance, mental illness is caused by altered chemicals in the brain, and these chemicals could be the source of the hypersensitivity. While this is merely an educated guess, it does hold a valid point.

Large amounts of stress can cause strange electromagnetic occurrences and also cause severe discomfort added to the negative feelings of the already existing stress.
I once knew a woman who, whenever she was angry or stressed, would cause strange electrical phenomena. She also suffered from nausea whenever near my computer screen. As she started to calm down, her sensitivity faded and the lights stopped flickering. Her stress, it seemed, tapped into something that most people cannot understand.

Electromagnetic hypersensitivity can be caused by something called “wifi allergies”. Although most people don’t believe such things exist, results show that the symptoms are without a doubt real.
Symptoms include headaches, nausea, and difficulty in concentrating, All commencing around the proximity of cell phones, towers, and computers. Some people have even turned to suicide because the symptoms were just too hard to bear.

It could be that those who suffer from electromagnetic hypersensitivity do so because of what their mother or father left to them in their genes. Yes, it could be that this issue stems from genetic predisposition to the illness.

Imagine, as children, how these people must have felt, suffering from some invisible illness and clueless about how to treat the problem.

Dr. James Rubin, a psychology lecturer at Kings College, London, says,
“People who say they have EHS are clearly ill”

Of course, the doctor means those who suffer as a result of EHS allergies, that is. Others who suffer may see their sensitivity as a result of elevated senses. Good or bad, empaths, for instance, may view their sensitivity as just part of being hypersensitive to all things.
And you have to look again at that statement. “They are clearly ill“, but in what way are they sick? You could say they could have “wifi allergies” or they could be stricken with mental illness. Both are illnesses and should be treated according to their specifications. That makes things a bit more complicated, wouldn’t you say?


Open your mind and learn about EHS

While most people scoff at this diagnosis, those who suffer from it know the truth of the symptoms. The headaches, nausea, and the other various symptoms of EHS aren’t going away as a result of doubt. To better understand this condition, check out the various articles and testimonials from many who suffer from day to day.
Before you pass judgment, try to see things from a different perspective. If you or a loved one suffers from electromagnetic sensitivity, I urge you to educate yourself and find support. After all, education brings knowledge, and knowledge could bring a cure.
References:

» 20+ Animals With Unexpected Colors
» Death: A Simple and Unexpected Transition – Part 1 thru 4
» 05-03-2015: EXPECT THE UNEXPECTED IN COURT
» How an Unexpected Kindness Can Change a Life
» NASA warns ‘something unexpected is happening to the Sun’