OUT OF MIND » CONSPIRACY THEORIES & ENDURING MYSTERIES » CONSPIRACY & FALSE FLAG EVENTS: PAST & PRESENT » Here’s What Really Happened on 9/11 – plus more

Here’s What Really Happened on 9/11 – plus more

A year ago, on the 16th anniversary of 9/11 Sean Kerrigan at the SGT Report published this video interview with author James Perloff, explaining what really happened on 9/11/2001. I was too cowed to run this video, let alone to watch it until now but the getting to the truth is more important than anything, especially now.
He says he realizes that a lot of what he says here goes against the grain of what he’s said in the past and he doesn’t insist on this scenario. “I’m trying to bring us closer to the truth. I have worked with people who are expert in nuclear weapons, in flight, to develop the scenario and what I’ve told you today is an extremely condensed version.”
“I’m well aware of the nano-thermite and directed-energy theories and I have friends in those camps but with the help of people who are experts in nuclear weapons, I have written an extensive post called nuclear-weapons/">‘9-11 and Beyond.’ I do believe this was a nuclear event, surely involving conventional explosions…but as far as what took down the towers, we believe that there were two suitcase nukes in the service pits of elevator 50 bear in mind there were six basement levels below each tower. Elevator 50 was the only elevator that ran the full length of each Tower.”
Perloff also advances the following:
1. The WTC towers were not hit by commercial jets; they were hit by missiles cloaked with a holographic technology that publicly exists, which caused the missiles to appear like commercial airliners. The Air Force claimed it had this technology in the 1990s, it was called the “Airborne Holographic Projector”
2. Thermite was used, not for any functional purpose but for advancing the narrative that jet fuel could melt steel beams [which it can’t].
3. The planes earmarked for American Airlines 11 and 77, although they did not end up where they officially did, they were, indeed hijacked, according to Perloff, to “Establish the narrative that they wanted. Here’s something amazing – amazing sentence, I found in September 21st 2001 London Telegraph quote, ‘Accounts from the doomed planes indicate that the hijackers encouraged people to call their families and tell them what was happening,’ unquote… what ruthless hijacker cares so much about the victims that they want them to call their families and let them know what’s going on? The Israelis would, because they want this Muslim narrative to be established.”
Perloff believes the hijackers were Israeli Special Ops who knew very well how to fly commercial Boeing jets. He plays back audiotapes from Air Traffic Control to bolster his case.
Perloff notes all 4 planes involved were bound for California to give them the fuel they needed for “an extended getaway over the Atlantic.”
He says these passengers were quickly dispensed with. From consulting with professional airline pilots, the easiest way for the hijackers to kill the passengers would have been to take the planes up to a very high altitude and to depressurize the cabin (which he notes is exactly what happened with Malaysia Flight 370).
Perloff says that Los Angeles is equidistant from the US East Coast as Lajes Air Base on the Azorean Island of Terceira, in the middle of the North Atlantic Ocean, which is used for CIA covert operations. This is where he believes these 2 planes were landed to refuel before proceeding over Sub-Saharan Africa (to avoid Italian, Moroccan and Libyan radar) for their final destination in Israel.
“Because the one place on Earth, Sean it where you can guarantee that these planes and passengers will never be found, it’s not in the bottom of the ocean, it’s not in a military base in the US, it’s in a hangar in Israel.”
Perloff explains that all flights en route to the US were ordered to be turned around by Dick Cheney and such air fields as Lajes are official diversion airports for aircraft in trouble and that actually, the day before, on September 10th, a Canadian airliner running low on fuel had been diverted to Lajes.
As for Flight 93, Perloff believes like many others, including Christopher Bollyn that Flight 93 was shot down but not for the reason that most people do. He believes that the “Let’s roll!” scenario happened, the phone calls were genuine. He believes Cheney ordered the shoot-down, not to save any targets in Washington, but because Donald Green, among those onboard who were fighting the hijackers was a professional pilot.
Perloff says that, “If they’d succeeded in landing flight 93 and the police and the FBI arrived and it turns out that those hijackers are Israelis, the entire 9/11 narrative would have been destroyed. There’d have been no war in Afghanistan, no war in Iraq; AIPAC would have lost its special relationship with the United States, as would Israel. The entire plan would have been destroyed.”
He details these arguments in his article, ‘9/11 Simplified’ and ‘Conversations with an Airline Pilot About 9/11’. 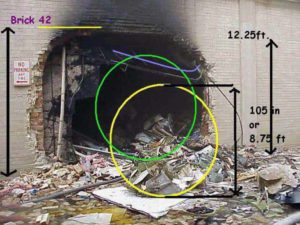 Since tomorrow is 9/11 again…
As we could see from the damage done to the Pentagon, and the complete and total lack of ANY aircraft wreckage whatsoever, we know that it was not a plane that was used in that attack.
This video shows a clip from a CNN newscast in September 2001 right after the attacks on New York City. This testimony isn’t going away.
People have to get out of denial, face the ugly truth, and get on with removing the scourge that is ripping the country—and the world—apart.
America has been in a tailspin since 9/11 and far too many have ignored it. Stand behind President Trump and his White Hats and GET THIS DONE!   ~ BP 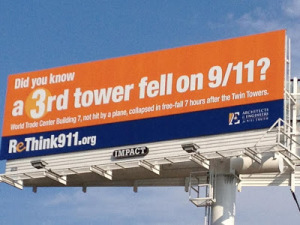 In honour of those who died 17 years ago tomorrow and in subsequent years from damage done to their bodies that day… I share another video from the World Trade Center, Manhattan, NY.
Have you ever wondered how it was that there was so much great video footage of planes hitting the Twin Towers? Why would all these cameras be trained on WTC just then?
How did CNN and the other channels get such exceptional footage of what happened mere minutes after the attack? That must have been a super coordinated effort.
There were a lot of miracles that happened that day. Aluminum-skinned planes sliced through steel girders and solid concrete columns designed to withstand earthquakes and plane impacts just like that.
Thousands of experts have told us the attacks could not physically have happened the way they told us, but millions of people conveniently ignore that.
They don’t want to know the truth. It wasn’t THEIR loved ones murdered that day. It wasn’t THEIR loved ones slowly dying of cancer years later from the inhalation of that toxic dust while they tried to help the victims.
I simply do not understand how anyone can NOT want to know the truth about anything and everything. Nothing else matters. If you don’t know the truth about who you are, where you live, your fellow Humans, your history… you don’t understand reality; and if you don’t understand reality you are not in control of your own life. So who is?
So many people have spent so much time, money and effort to show America what happened that day—and still they ignore it. That’s unpatriotic. Because of 9/11 and the apathy of Americans, the US is no longer the ‘land of the free’ OR the ‘home of the brave’.
And because nothing was done about the terrorists after 9/11, America is now in the grip of a civil war—and they don’t see that either. It’s mind boggling.
There has been a lot of talk about treason, military tribunals, and execution lately. Donald Trump will, at some point when the time is right, tell the world the truth about 9/11. He promised, and he has kept his promises.
Like it or not, it’s coming; and heads are gonna roll.  ~ BP

OUT OF MIND » CONSPIRACY THEORIES & ENDURING MYSTERIES » CONSPIRACY & FALSE FLAG EVENTS: PAST & PRESENT » Here’s What Really Happened on 9/11 – plus more