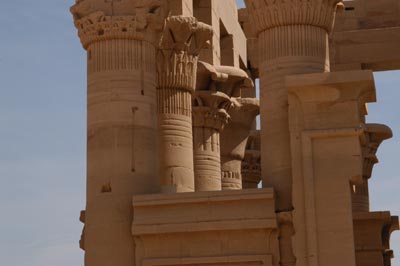 
Support Our Fight Against Academic Fallacies: Patreon: https://www.patreon.com/MysteryHistory Facebook: https://www.facebook.com/MysteryHisto... Twitter: https://twitter.com/Mysterytweetery Steemit: https://steemit.com/@mysteryhistory Narration By Don Moffit: www.DonMoffit.com Along with the many other, currently unexplained feats of engineering present within the ancient ruins of Baalbek’s temples, is undoubtedly the variety of ancient stones, that were somehow incorporated into the structures. Although modern academia, and indeed its supporters, who are all seemingly suffering with selective research syndrome, claim that Baalbek is a roman ruin, we feel, as mentioned, the sheer size of the ancient megaliths that were installed masterfully into its construction, are obviously far too large for our roman ancestors to have transported from distant quarries, and to have installed into the structure. We are more than open to this proposition, that they were indeed installed and built by romans, if we can be provided with one single logical explanation, as to how this was done. But as of yet, this remains elusive, absent any academic explanation as to the site. As mentioned, the astonishing array of ancient stones is also an area that is rarely covered, by individuals attempting to convey an air of all knowing to the masses, as these features are, just like the enormous megaliths present at the site, currently unexplainable. Specifically its the pink granite columns. The reason for our focus on these particular stones, is the fact that this pink granite is only available at one known ancient quarry, that being the famous quarry of Aswan located within modern day Egypt, an astonishing 1500 kilometres away… Some of these stones weighing in at more than 10 metric tons, this achievement, we feel, is clear indication of the fact that the builders of these ancient sites, were far more capable than that of our more recent roman ancestors. For example, as previously covered on our channel, Henry Layard brought two Lamassu, weighing in at a similar size around 10 tons to London. This task took over 18 months of arduous suffering for hundreds of our modern ancestors, placed a mere century ago to complete. It included several near disasters, and involved loading them onto wheeled carts, complex systems of modern pulleys and levers operated by dozens of men, the utilisation of over 300 men in total, a barge, and a custom built ramp to haul them up the steps, and into the museum. How these same curators, historians, and academics alike, can continue to claim that our roman ancestors completed such tasks, along with the placement of such enormous stone megaliths, is to us, absurd. Was the unfinished obelisk, found within Aswan, the work of the same civilisation, we feel that these pink granite columns, could in all possibility be a link, that connects these two ancient sites, and in particular the great pyramids?… Was Baalbek, with its enormous granite megaliths, built by the same people as the great pyramids? Is the giant megalithic exoskeleton of the great pyramids, which we have already exposed, built with the same techniques as Baalbek? We find the evidence to suggest such, highly compelling. http://www.lebanoninapicture.com/pict...