Landscape of a Planetary Information War 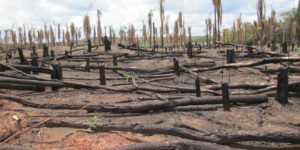 Those who have been watching and waiting for the plans of the White Hats to materialize for many years are not disappointed, yet delays continue to test our patience.
We understand that timing is everything and that the plan must remain fluid, but it’s also apparent that the dark will not surrender, and they continue to act out, stall, threaten, and attack.
The enemies are crumbling, trembling in fear, losing their better judgement, and the rats are fleeing the ship.
Within their ranks, they are imploding. There is no honour among thieves and they don’t hesitate to throw each other under the bus, and they’ll not hesitate to throw us under the bus, too, so please allow me to get something off my chest that has been bothering me.
The fact that the Resistance is running on the dregs of patience is evident with the number of people offering to come forward with damning information if “X” doesn’t happen; if the President doesn’t tell the truth about 9/11… if the authorities don’t arrest Hillary Clinton… etc.
We hear that Julian Assange/Wikileaks is giving the President until October 21st to expose her crimes and get this party started.
Vlogger Daniel Lee has announced the deadline, and I questioned the validity of that information.

First of all, this is not an attack on Daniel Lee. Far from it. I am concerned about him. Daniel is a brave, bright light, exposing pedophiles. He gave us a source for the deadline and I checked it—because I have fallen for these ploys myself, and I kick myself every time I do. It happens to the best of us. We’re passionate about what we do and we get excited sometimes and forget to check things properly.
There is only one article from an obscure website stating that Assange is giving Trump until October 21st to expose Hillary Clinton’s crimes. There is no date on that article, it is posted under “latest news” and it accurately references old information. We have been hearing these threats for two years and we don’t even know if Julian Assange is still alive.
A Wikileaks associate has recently gone missing, his personal belongings turning up in the sea off Norway. This website itself is highly suspect in my eyes, partly because it is lying by omission; suggesting the information is current.
Daniel began by outing information about pedophiles. He says he has had threats, but no one has contested his claims or sued him—because they’re true. We know all about the pedophilia and we appreciate the updates, hoping the sources are valid.
Insiders continue to come forward and confide in Daniel, and that’s great, but now some of them are getting into other areas, such as financial. One source even lives in Juneau and they had lunch. That set off the alarm bells for me. Why wouldn’t you trust someone who met your for lunch? Seems legit, right?
I remind readers that a vlogger publishing on the channel called “Bill Smith” hasn’t uploaded a video for a month and we’re very concerned for his welfare. Even his YouTube friends who were in contact with him every day have not heard from him.
Getting back to Daniel… he is now reporting on the fabled words, “Global Currency Reset”. He says a source told him the NESARA funds will be distributed to Humanity and every American citizen over 21 will get $100K every month for 11 years.
He reads this from a document. Who wrote it? There are a lot of misinformed folks out there. I believe it contains some accurate information—but don’t they all? That’s how they hook you. People believe what they want to believe and some couldn’t be happier to see new life breathed into those old rumours—from a reliable source.
Documents like these have been circulating on the world wide disinfo-web for years and there is no shortage of sources on the Internet about the GCR/RV lie. It has never happened, many don’t want that lie to die and as I said, the New World Order don’t hesitate to throw US—the independent media—under the bus.

I’m not an insider, and I don’t KNOW what the truth is any more than the rest, but when I hear this GCR/RV/NESARA/GESARA narrative coming around again after we finally put it to bed last week (according to Thomas Williams) now we are seeing the loop resume yet again.
I feel this is getting into dangerous territory. Daniel is passionate about making a difference and from the sound of it, he already has. I don’t know if he has the expertise to feel out a shill, however. They are predators, and highly skilled at taking down their prey.
We know the trenches of this information war are situated in the alternative media, and there are snipers out there just waiting for the perfect moment to pick off one of our own.
We have very reliable, vetted information over years from Thomas Williams about the financial situation from the people who control the Global Collateral Accounts/Manna World Holding Trust and have proven it to President Trump.
It sounds to me like Humanity is not considered mature enough or savvy enough with money to award large sums to individuals unless it is for a humanitarian project. In that case a business plan is required and approval might come after a feasibility study, you might say.
A lot of people want gobs of cash tossed their way so they can buy whatever they want, quit their job, attend to their physical health, get out of debt and feel secure in their retirement. We have been told that “it’s coming” for decades now. Maybe NESARA will unfold, but I doubt it. Not in that way.
All you have to do is interview a few big windfall lottery winners to see that in most cases, people blow it all in short order.
Daniel is a kind soul, getting very popular, and is receiving lots of donations all of a sudden. He has bottomless faith, wants to be an author, and hopes to quit his job and make videos and write full time. His fibre optic Internet cables have been severed twice—and it feels like a setup. 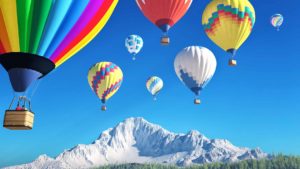 Why hasn’t YouTube shut down Daniel’s channel due to the unfriendly nature of the pedophile information he is putting out? Other channels have been zapped for nothing but a patriotic video.
I am concerned that anonymous sources are feeding Daniel this disinformation because he is willing to put it out there. It’s what people want to hear.
Perhaps I’m too suspicious, but it’s possible some of the sources are not on our side. I doubt if he has the expertise or resources to do a background check and he needs to be very, very careful.
I’ve been wrong about plenty of things over the years and I hope I’m wrong about the situation with Daniel. I would hate to see him victimized by the psychopaths’ Internet hit men. When you’re given accurate information and you’re excited, it can be difficult to maintain adequate discernment when you think you have an honest source you can trust.
Worst case scenario, they could soon give Daniel something that is almost immediately proven false—and then what happens to his credibility? What happens to all the true pedophilia revelations he has made? And if that happened, no one would feel worse than Daniel.
This has been bothering me, and now I’ve said it. Bottom line, I hope Daniel will play it safe(r), keep his job, and leave the financial updates to those with vetted sources and a proven track record in those areas.
It’s always better to under-promise and over-deliver. You don’t want to inflate the dreams of the masses and then shoot down their balloons. Or your own.
If my concern is unwarranted, perhaps I’ve just given Daniel some well-deserved notoriety.
We can argue amongst ourselves all day, but I think there is one thing we can all agree on. Truth is our greatest weapon.  ~ BP