Mysterious microbes turn polar ice pink all around the world


Algae are currently turning parts of the Greenland ice sheet pinkish-red and contribute more than a little to the melting of one of the biggest frozen bodies of water in the world. The discolored snow isn’t just an Arctic phenomenon. It’s actually a global occurrence. 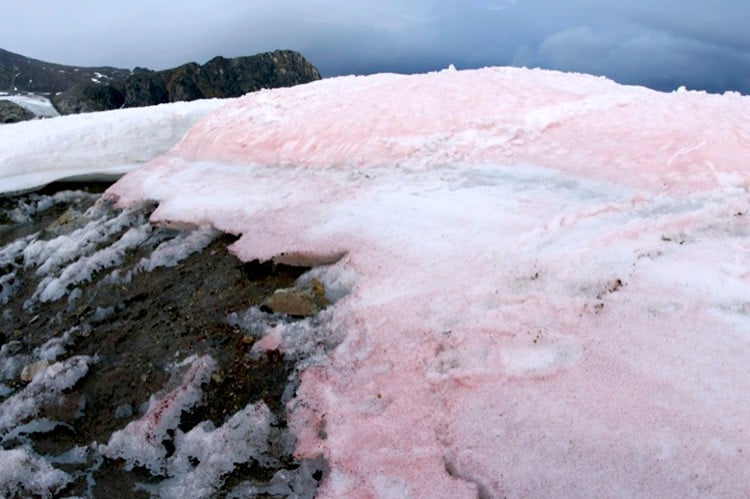 Hidden microbes turn the ice pink around the world. Photo credit: Liane G. Benning, GFZ
In order for them to form visible blooms and increase the melting of the snow and ice, they just need the right conditions, which at a minimum involve basic nutrients and melting. Right now, the availability of liquid water from snow and ice becomes higher, favoring the growth of snow and ice algae.
This is an increasing problem in the Arctic, Alpine, and Himalayan glaciers. Blooms of red snow and brown ice are turning up in Antarctica, too.
Martyn Tranter is a polar biogeochemist at the University of Bristol in the U.K. and leader of “Black and Bloom,” a multi-year project that aims to understand how and why the Greenland ice sheet is melting. “Warming temperatures alone cannot explain the increased melt. So it’s become crucial to understand all the drivers in the ice melting,” he says. 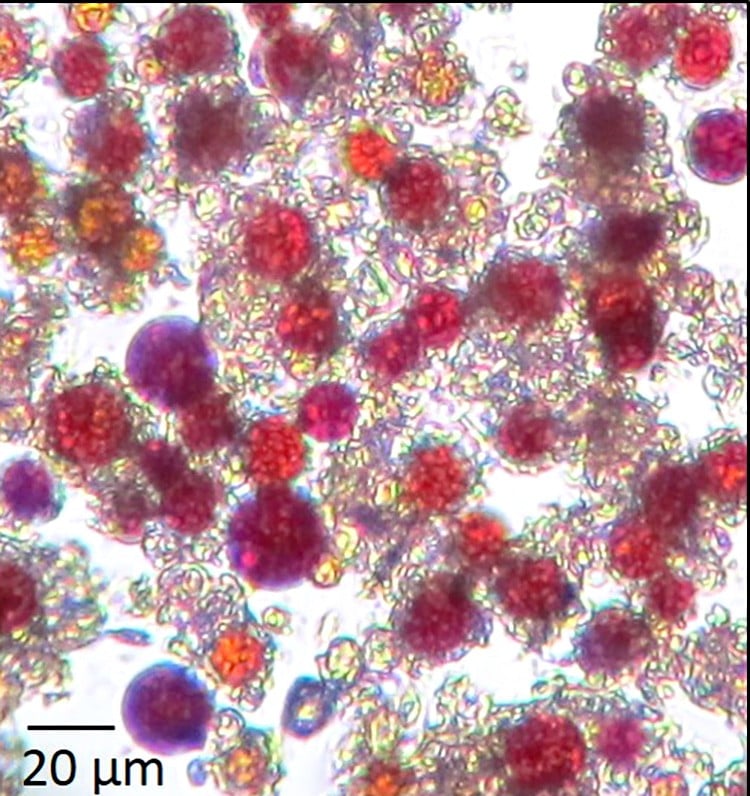 The microscopic algae turning the ice pink around the globe. Photo credit: Stefanie Lutz, GFZ
One of those drivers, he believes, is the darkening caused by the algal blooms that quilt the snow-strewn Greenland ice every summer.
These ice algae are photosynthetic organisms that produce biological sunscreen molecules to protect them from the sun, which in the Arctic in summer stays above the horizon up to 24 hours a day. The darker surface lowers its ability to reflect the sunlight back into space, and that results in more light absorbed and more melting.
As algae spreads over larger areas of the ice sheet, the effect will be compounded, leading to even more melting. A recent study found that algal blooms can contribute as much as 13 percent more ice melt over a season.

Pink ice and snow on Petermann Island, Antarctica. via Huffington Post
More heat means more meltwater and yet a larger area where algae can grow, causing more ice to get darker and more of it to melt.
The Greenland ice sheet is the biggest piece of ice in the Northern Hemisphere. Each year, it loses 270 billion tons of ice, adding a fraction of an inch to global sea levels. The amount of melting is speeding up year by year, and if the entire ice sheet melted, it would add 20 feet to sea levels. 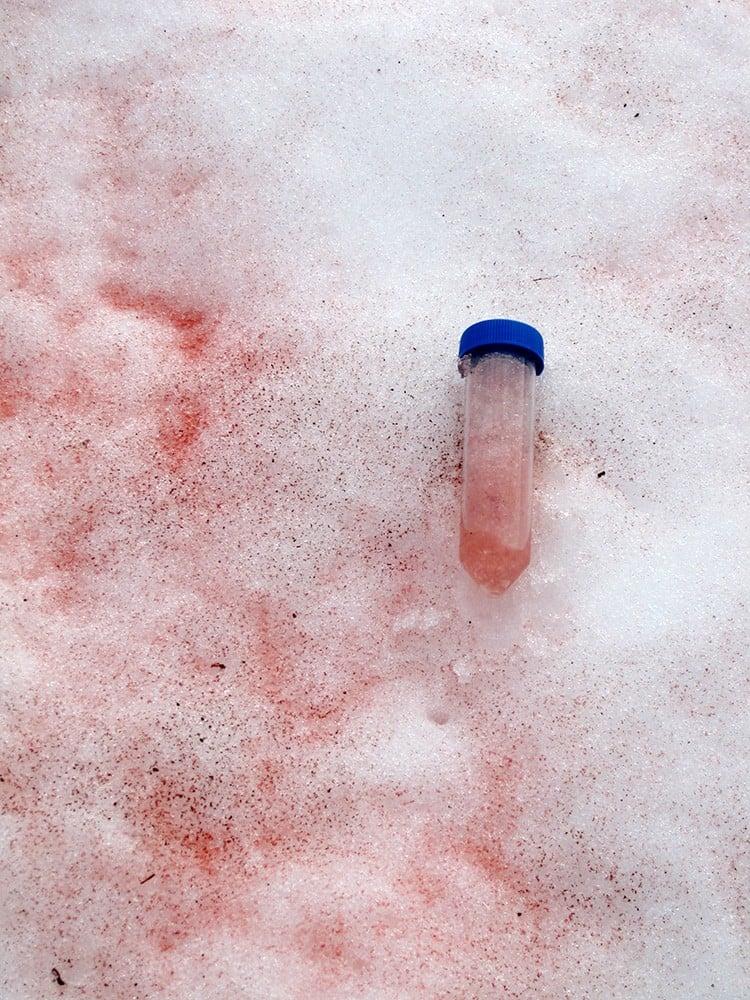 The availability of liquid water from snow and ice becomes higher, favoring the growth of snow and ice algae. Photo credit: Liane G. Benning, GFZ
Scientists are worried that if it melts more quickly its effects will be felt in coastal areas from New York to Shanghai to Miami, as well as in low-lying areas like Bangladesh and Indonesia.
In this movie the snow is more looking like black:

So far, the blooms have not been taken into account as a contributing factor to Arctic ice melting at an unprecedented rate.
Just beneath the ice surface there are red algae that turn the ice pinkish. Are probably some other things that we are not aware of yet…
Did you know? There are also pink beaches around the world.