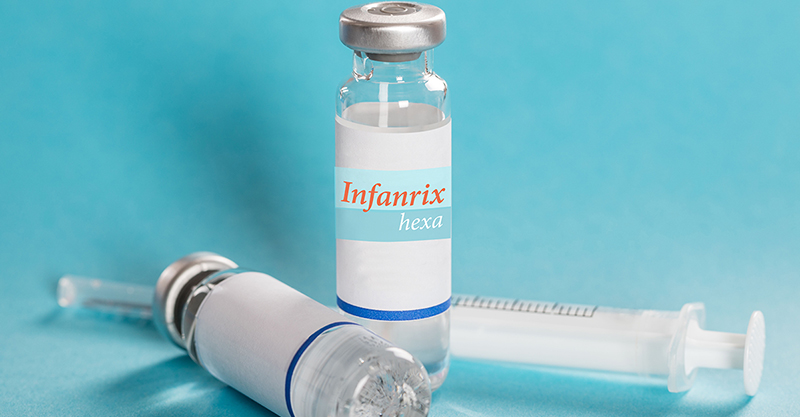 Infant Deaths Following Vaccination: The Numbers Don’t Lie—Or Do They?
by the Children’s Health Defense Team
National and international health agencies such as the Centers for Disease Control and Prevention (CDC), the European Medicines Agency (EMA) and the World Health Organization (WHO) routinely and emphatically claim that serious adverse events following vaccination are rare.
Nowhere is officialdom’s minimization of vaccine risks more apparent than in these agencies’ position on vaccine-related deaths. The WHO, for example, states that “so few deaths can plausibly be attributed to vaccines that it is hard to assess the risk statistically.”
Nevertheless, once regulators have deemed that a given vaccine is safe enough to be licensed and widely marketed, vaccine manufacturers are supposed to do just that—that is, continue to statistically assess a vaccine’s risks, including the risk of death—and regulators are supposed to carefully review the postlicensure data that pharmaceutical companies submit.
A 2017 commentary by India-based physicians Jacob Puliyel and C. Sathyamala in the Indian Journal of Medical Ethics describes a shocking dereliction of duty on the part of regulators who were presented with vaccine data carefully tailored to obscure serious risks.
Tackling concerns about infant deaths that have occurred following hexavalent vaccination in several European countries, the authors of the commentary show that GlaxoSmithKline (GSK) neglected to report to regulatory authorities that there was a statistically significant increased risk of sudden infant death in the four days after administration of its hexavalent vaccine—and the regulatory agency in question (the EMA) ignored the omission and accepted GSK’s apparently whitewashed data at face value.

Among world regions, European countries have taken the lead in incorporating hexavalent vaccines into their childhood vaccine schedules.
Hexavalent vaccines are potent six-in-one combination shots covering diphtheria, tetanus, pertussis, hepatitis B, polio and Haemophilus influenzae type B.
In 2000, the European Union (EU) approved two hexavalent vaccines—GSK’s Infanrix hexa and Sanofi Pasteur’s Hexavac—but suspended Hexavac five years later after a detailed analysis suggested that children who received the vaccine in their second year of life had an elevated risk of sudden death.
The analysis by Drs. Puliyel and Sathyamala suggests that Infanrix hexa may be just as problematic as the discredited Hexavac vaccine.
In Europe, vaccine manufacturers routinely provide the EMA with pharmacovigilance documents called periodic safety update reports (PSURs).
The PSURs are intended to be critical medical analyses that evaluate “new or changing safety data,” and the EMA relies on them to make or uphold its vaccine-related policies.
In its PSURs for Infanrix hexa, GSK typically compares “expected” and “observed” deaths following hexavalent vaccination. If the observed deaths were to significantly exceed the expected deaths, GSK would be forced to report “an increased risk of sudden infant death following vaccination with Infanrix hexa.”
According to Drs. Puliyel and Sathyamala, GSK’s analyses have been marred by statistical maneuvers and flawed assumptions that enable the company to mask probable risks.
For example, GSK’s calculation of expected deaths relies on assumptions that over estimate expected deaths, while the company gleans its figures for observed deaths through passive surveillance reports that are not actively solicited or investigated and are notorious for under estimating the true magnitude of adverse events.
In the U.S., the Food and Drug Administration (FDA) estimates that passive surveillance captures about one percent of vaccine-related adverse events.
A study in Africa that compared passive with active surveillance found that passive surveillance “failed to identify half of all AEFIs [adverse events following immunization] that were identified through active surveillance, including all of the serious AEFIs.”
Reviewing and reanalyzing GSK’s sudden death data from five PSURs (numbers 15-19), Drs. Puliyel and Sathyamala start with the earliest PSUR (number 15) and note a “clustering” of sudden deaths among infants (under age one) in the first three days following vaccination—with 72% of the deaths (42/58) taking place in that time frame and nearly all (93% or 54/58) occurring within 10 days of vaccination. The authors state:

“The fact that the rate of death decreases rapidly with the passage of time following immunization suggests that the deaths could be related to vaccination.”

Turning to the 19th PSUR (which should include all cumulative deaths reported in prior PSURs), Puliyel and Sathyamala note that the numbers in number 19 are not “consistent” with the numbers in the 16th PSUR; specifically, “the cumulative deaths reported are lower in the PSUR 19 than in the PSUR 16.”
After correcting the data by restoring the missing deaths, the two authors find that “the number of observed deaths is significantly higher than expected for the first four days after vaccination” [emphasis added].
They suggest that GSK owes consumers and regulators an explanation as to why it did not report this statistically significant increased risk of infant death. They also caution:

“If one glosses over the deaths after vaccination, one can prevent/delay the evaluation of the vaccine’s safety profile and this has the potential to result in more, unnecessary deaths, which is difficult to justify ethically.”

Italian researchers have published clinical reports that suggest a relationship between Infanrix hexa and sudden infant death. In one case report, a three-month-old female infant died within 24 hours of vaccination with Infanrix hexa due to a likely anaphylactic reaction. The authors of the study suggest that anaphylaxis may be underreported as a vaccine-related outcome, given the difficulty of pinpointing which specific vaccine components were involved and the possibility that several ingredients (i.e., vaccine antigens, animal proteins, antibiotics) could be responsible.
Another analysis looked at 13 SIDS deaths that occurred one to seven days after administration of either Hexavac or Infanrix hexa (2000-2010) and likewise speculated that “vaccine components could have a direct role in sparking off a lethal outcome in vulnerable babies.” Elaborating on possible mechanisms, the authors stated:

“…Several compounds and…adjuvants of the hexavalent vaccine might easily go beyond the BBB [blood-brain barrier], that in the first months of life is still immature and quite permeable, inducing…molecular alterations [in the brain]…with consequent fatal disorganization of respiratory control in particularly predisposed infants.”

The WHO and government health agencies are quick to dismiss as a “myth” any possible link between vaccines and sudden infant death syndrome (SIDS) or other unexplained infant deaths—despite a landmark ruling by the U.S. Court of Federal Claims in 2017 that vaccines “caused or substantially contributed” to a 2011 SIDS death.
And, notwithstanding the worrisome reports of sudden infant deaths associated with hexavalent vaccines, the combination vaccines appear to be here to stay.
Following Hexavac’s withdrawal from the European market, the EU has gone on to grant marketing approval to two other hexavalent vaccines manufactured by Sanofi Pasteur (Hexyon and Vaxelis, in 2013 and 2016, respectively). The EU also gave a scientific thumbs-up for rollout of Sanofi’s Hexaxim vaccine in non-EU regions.
Outside the EU, public health officials and agencies in low- and middle-income countries, including India, are eagerly embracing hexavalent vaccines as “the future of routine immunization,” primarily because of the six-in-one vaccines’ perceived potential to boost vaccine coverage while lowering program costs.
These same enthusiasts also view combination vaccines as a way to defuse the concerns of those who object that babies receive “too many shots too soon.” A 2017 study funded by Merck and Sanofi Pasteur optimistically stated that incorporation of hexavalent vaccines into the U.S. vaccine schedule “could improve coverage rates and timeliness” and “reduce the ‘shot burden.’”
Vaccine researchers at the CDC admit that there is a need to invest in vaccine safety infrastructure “at a level commensurate with investments in vaccine development,” particularly through postlicensure studies that compensate for the “well-known limitations” of prelicensure clinical trials.
These CDC researchers also (somewhat understatedly) point out the “increasing emphasis…on proving, rather than assuming, that no problems are associated with a vaccine” [emphasis added].
What the commentary by Drs. Puliyel and Sathyamala shows is that the “proof” offered by vaccine manufacturers cannot be accepted uncritically and that regulatory agencies must scrutinize pharma-authored reports rather than simply rubber-stamping them.
As a result of the EMA’s failure to perform due diligence on Infanrix hexa, say the two medical researchers, “numerous children were unnecessarily exposed to the risk of death.”
Read the full article at ChildrensHealthDefense.org.

eBook – Available for immediate download.
Canadian physician Dr. Andrew Moulden provided clear scientific evidence to prove that every dose of vaccine given to a child or an adult produces harm. The truth that he uncovered was rejected by the conventional medical system and the pharmaceutical industry. Nevertheless, his warning and his message to America remains as a solid legacy of the man who stood up against big pharma and their program to vaccinate every person on the Earth.
Dr. Moulden died unexpectedly in November of 2013 at age 49.
Because of the strong opposition from big pharma concerning Dr. Moulden’s research, we became concerned that the name of this brilliant researcher and his life’s work had nearly been deleted from the internet. His reputation was being disparaged, and his message of warning and hope was being distorted and buried without a tombstone. This book summarizes his teaching and is a must-read for everyone who wants to learn the “other-side” of the vaccine debate that the mainstream media routinely censors.
Read Dr. Andrew Moulden: Every Vaccine Produces Harm on your mobile device or computer by ordering the eBook