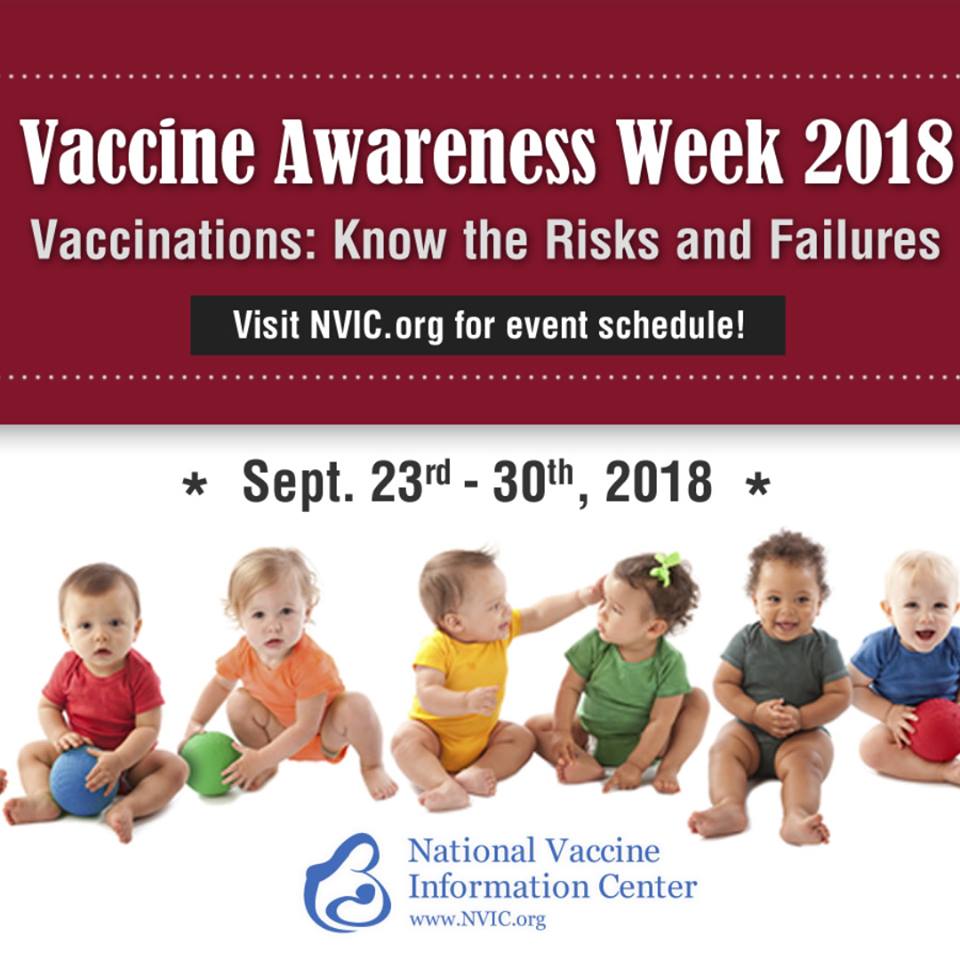 Health Impact News
During the Ninth Annual Vaccine Awareness Week co-sponsored by the non-profit charity National Vaccine Information Center (NVIC) and Dr. Joseph Mercola, NVIC is calling on the U.S. Department of Health and Human Services (DHHS) to protect newborns from being subjected to the risks of an old and crude whole cell pertussis vaccine in DPT that has not been given to babies in America for 20 years.
The B. pertussis bacterium has mutated over the past 60 years to become resistant to both the old whole cell and newer less reactive acellular pertussis vaccines.
However, some vaccinologists publicly blame reported whooping cough outbreaks on the switch in the 1990s by the U.S. and other developed countries from DPT to acellular DTaP and now want all newborns to be given one or two doses of the old vaccine.
In a referenced report released today, The Pertussis Vaccine Blame Game, NVIC co-founder and president Barbara Loe Fisher documented that none of the current pertussis vaccines used globally contain the mutated strains causing whooping cough.
She pointed out that many vaccinated persons of all ages are getting and spreading whooping cough and said,

After many DPT vaccine injury lawsuits were filed by parents on behalf of their brain injured children, Congress passed the National Childhood Vaccine Injury Act in 1986 giving vaccine manufacturers partial product liability protection, which the U.S. Supreme Court extended to full liability protection in 2011.
NVIC co-founders worked for more than a decade to get the acellular DTaP vaccine licensed in 1996 because clinical trials had demonstrated superior safety and equal or superior efficacy compared to DPT vaccine.
Fisher said,

“DTaP vaccine still generates a significant number of adverse reaction reports but, with few exceptions, multiple studies confirm that DTaP vaccine is up to two-thirds less reactive than DPT vaccine.
Public health officials should commit to keeping the old whole cell pertussis vaccine out of this country and funding research to fill in long standing basic science knowledge gaps about pertussis and pertussis vaccines.“

“The vaccine industry used DPT vaccine to blackmail Congress into shielding drug companies from vaccine injury lawsuits. It would be tragic if that old more reactive whole cell pertussis vaccine was brought back on the market in this country and doctors were told to give it to newborn babies.”

During this year’s Vaccine Awareness Week, NVIC is also releasing a 2018 Annual Report on U.S. State Vaccine Legislation: Breakdown, Trends and Predictions.
The report is an analysis of which state legislatures passed bills that affected vaccine exemptions or added new vaccine mandates, enrolled citizens in electronic vaccine tracking registries, approved vaccine promotion programs in daycares and schools or enacted other vaccine-related legislation. NVIC reports that for the third year in a row, exemptions in vaccine laws remained stable with no losses in any state.
Vaccine Awareness Week Sept. 23-30, 2018 was launched with an article and video reviewing the risks and failures of influenza vaccines and will include an article on fast tracking and marketing of vaccines, such as Gardasil (HPV) vaccine, by federal health agencies. Saturday will feature online viewing of excerpts from the international award winning HPV vaccine documentary, Sacrificial Virgins.
NVIC and Mercola.com have been working together since 2008 to educate the public about vaccination and health. Dr. Joe Mercola is a family practice physician and, in 1997, he founded the world’s largest natural health information website to share natural health information and resources with the public.
The National Vaccine Information Center (NVIC) is a charitable educational organization founded in 1982 to prevent vaccine injuries and deaths through public education. NVIC advocates for reform of US vaccine policies and laws to include informed consent protections. NVIC operates three websites: NVIC.org, NVICAdvocacy.org and TheVaccineReaction.org.