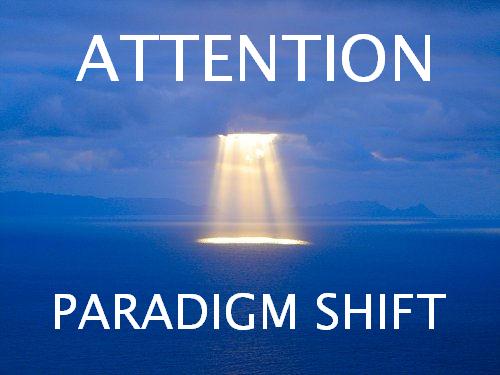 Twenty five or so years ago, when we were wading through heaps of
hard-copy books on religions, aliens, secrete societies and such, there
were precious few others who understood – let alone would bother to
research – what was going on and where we as a society/culture were
going. Basically, people we could talk with about this were few and far
between.

In the past 10 to 15 years, we noticed that the number of people who
“get it” began to explode exponentially. This seemed to be the first
wave of people who figured out that life as we had become accustomed to
it – an affordable house, healthy food, a future for our children – was
going to drastically change. The anger brought about by that
realization seemed, at least in volume, to spawn a cacophony of Raised voices, displaying displeasure at the government, the system and anyone else who might be at fault for this unwelcome change.

Each shout of anger and hatred has been used right back against this
wall of noise by TPTB to make those protesting look silly, uninformed
and downright psychotic. It plays right into TPTB's hands, giving them
something to cling to, something against which to energize their own
forces. They know how to play that game.

But recently there is a new sound breaking through the din.

It is the sound of Rising voices, a
harmonious, clear sound that says, “We do NOT give you our power.” “We
do NOT accept your authority over our bodies, over our lives and over
our spirits. I know what I need to live a healthy and happy life and I
choose to acknowledge and serve my higher self. You may choose to war
with your fellow humans, but I will not be a part of it in body, mind or
spirit. I have no fear of you, for you were born with no more
abilities, and no more power than I was.”

The most effective tool available to remove the “P” from TPTB is one
simple word – “NO”. “No, I will not support your wars. No, I will not
allow you to molest me nor take my nude picture before I get on a plane.
No, I will not put my health care into your hands. No, I will not eat
your GMO and additive poisoned foods, nor drink the fluoride in your
water. No, I will not be programmed by your TV. No, I don't care what
you do with your money. I don't need it because I am self-sufficient.
No, you don't scare me. I – as we all – will die someday. If it is at
your hands, that is on your karma, not mine.”

These rising voices confuse TPTB. All they know how to do is tighten
the leash, try to cling to a tighter control, when faced with
opposition. Why can an evergreen tree keep its leaves (needles) to feed
itself all winter, while the maple must shed its leaves and sleep
through the season? The evergreen tree does not fight the heavy snow.
It allows the snow to fall off, giving it a gentle path to the ground.
The maple, proud, with its branches turned upward, cannot take the
weight of the snow, which having no where else to go breaks the limb.
Notice which trees grow the tallest in the forest. It is the evergreens
who can reach up to the sky.

Don't think that standing toe to toe with TPTB makes you a better
person, nor them any less. Be an evergreen and reach up to your fullest
humanity. Don't waste your energy on a raised voice. Become one of the
rising voices. May your voice rise in peace and may your rising voice join the chorus of the new paradigm.

Read other articles by Dan and Sheila HERE.

Dan & Sheila are the authors of Surviving Survivalism – How to Avoid Survivalism Culture Shock, and hosts of the podcast, Still Surviving with Dan & Sheila.
For questions about space in their Intentional Survivalist Community
or other survivalist issues, they can be reached at
surviving@lavabit.com.