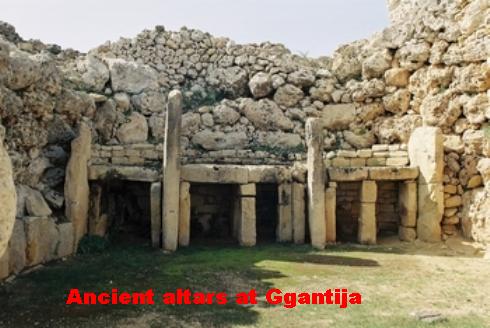 
Support Our Fight Against Academic Fallacies: Patreon: https://www.patreon.com/MysteryHistory Facebook: https://www.facebook.com/MysteryHisto... Twitter: https://twitter.com/Mysterytweetery Steemit: https://steemit.com/@mysteryhistory Narration By Don Moffit: www.DonMoffit.com There are countless astonishing ruins upon the islands of Malta, many of which we have covered in the past. Some in particular, being of such an advanced nature, that many a dedicated researcher, has come away from said sites, with a strong suspicion, and awareness of stolen evidence, suggesting to them, that whoever built these buildings, must have had some form of assistance, from someone, or something, with a far greater intellect than that of ancient, or even modern man. One in particular, the hypergeom , a structure with such mystifying properties, we have now covered it on two occasions, here upon our channel. However, upon the lesser known Maltese island of Gozo, stands the oldest, yet no less astounding ruin of Malta, known as of Ġgantija. Thought to mean Giants Tower, it is a megalithic temple complex of tremendous antiquity, with many concluding, that it far predates even that of the great pyramid complex of Giza. A group of Neolithic stones, still left in formation, which continue to give modern man, a small glimpse into the astonishing past abilities of its builders. Thanks to the moderate, long-lasting temperate climbs of the Mediterranean, Ġgantija’s megaliths still stand, giving us a chance to explore this remarkable site. And what must be considered the most intriguing factor, surrounding its construction, is the ancient folklore that can still be found swirling within the minds of the local Gozitans. This legend tells of an ancient giant, a female, who long after her supposed demise, continued to be worshipped here, with many of The temples elements now recognised as ceremonial sites, specifically orientated around the rites of female fertility. This folklore has also been intriguingly corroborated by a number of astute, honest Researchers, who have over the years, successfully unearthed numerous figurines and statues at site, specifically associated with this ancient cult. According to local Gozitan folklore, a giantess who ate nothing but broad beans and honey, once bore a child here, from a man selected from the common people. And With the child hanging from her shoulder, she built these temples to not only use as her abode, but to later be used as her burial location, and thus a place of worship. Yet according to academia, who disregard such legends as having any historical accuracy, still concede, that the effort to create such a site was undeniably, a remarkable feat. Especially when one considers that these monuments were constructed, at a time even before the wheel had been introduced, and indeed predates the invention of metal tools. However, as they so fervently deny the possibility of past, ancient giants, we feel, they should consider the most remarkable characteristics of Ġgantija, being the scale of its still ecisting, yet highly eroded megalithic blocks, with some still in-situ,, weighing far in excess of 10 tons, somehow transported from a far away locations, and placed within the temple walls with such ease and skill, that to deny the fact that even if not the work of an ancient giant, but the accomplishments of a past civilisation, that they were clearly far greater than those currently claimed within the history books, and to deny such reality, to us, is a sign of negligence in their responsibility, to convey to a learning population, the truth of world history. Who built Ġgantija? How did they build it, with such enormous stones, and with such an awareness of cardinal orientations? Was it as the legends states, once built single handedly, by an ancient female giant? We find the evidence to suggest such, highly compelling.

» Naveta d'Es Tudons ~ Built By Giants Found In Menorca?
» "Golden Library" Found In Caves Built By Giants?
» I was reading about Ggantija in Malta...the oldest known temple on Earth.
» Who Built Machu Picchu's Temple Of 3 Windows?
» Stonehenge, Derinkuyu and the Race of Reptilian giants that built them