There is a giant crack growing in Diamante in Entre Ríos, Argentina, which may finally swallow the entire town. Many have already evacuated their homes fearing a total collapse. Here some pretty impressive images of the dramatic situation experienced by the inhabitants of this small town. Have a prayer for them. 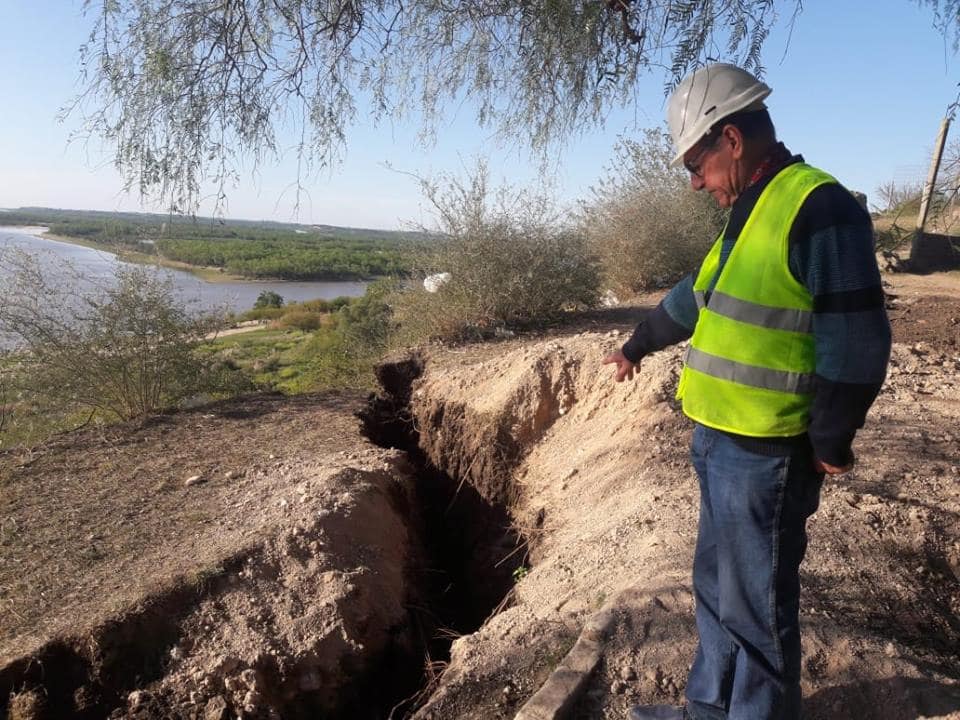 Geologists are worried and officials of Diamante have already evacuated 40 houses in the city.
The earth crack is 130 meters long and between 30 and 40 deep. The crack extends along the ravine of the Paraná River, so it could lead to a collapse that destroys everything with it, including houses. Officials say the crack is getting bigger everyday. The mayor Lenico Aranda advised the population to evacuate the area because some “are at risk of losing their life, as the large crack could destroy a few houses in the next hours or days” Giant crack opens up in Diamante, Argentina.
About 40 houses have already been evacuated, allthough people do not want to leave. About 22,000 people live in Diamante and the affected neighborhood is known as Cristo Pescador. 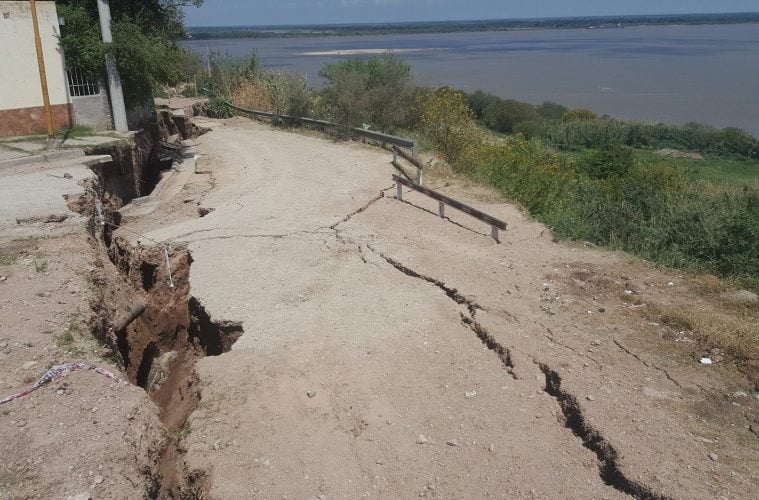 The huge fissure could collapse at any time. In the 70s, a similar earth fissure destroyed emblematic buildings in Diamante, Argentina.
Apparently, the catastrophic phenomenon is due to erosion of the Paraná River and has already happened in the 70s, when the coastal area of ​​Diamante and its emblematic buildings completely disappeared.
Here some shocking aerial videos of the extreme geological event:

Some witnesses say, they hear water running below the ground.

They also say that a huge 30-meter-wide sinkhole formed separating the upper part and the lower part of the ravine. I would really get away from there!