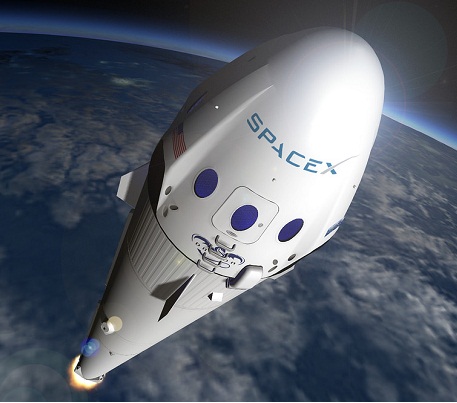 Edditor’s Note: Yet another message of disclosure that is appearing on our radar screens.
On October 7, 2018 there was a scheduled launch of a SpaceX rocket from Vandenberg Airforce Base in California. It was said to be deploying a SAOCOM satellite for Argentina to monitor the Earth’s surface for “emergency management”. Really?
I felt in my bones that the launch was not going to be a good thing, and I looked for footage on Sunday night shortly after launch. It looked very suspicious to me and I didn’t believe what I was seeing was just a “rocket”. There was more going on than that.
Of course a few days later we got additional footage uploaded to YouTube and it was clear there were either galactic UFOs/UAPs or terrestrial ships involved.
There were several craft in the vicinity of the launch with astounding speed and maneuverability. I don’t know whose they were—but they clearly knew there was some unsavoury business going on and were in place, ready, and waiting to take care of it.
Something came off that rocket and before it could hit the Earth it was either scooped up by a spacecraft or, as suggested in the video below, an energy beam weapon was deployed from craft in the vicinity that vapourized it.
It looks now, from the exceptional video below, that it was indeed a false flag event and possibly designed to ignite WWIII. The story about deploying a satellite into low earth orbit was obvious baloney.
As they remind us in the video, LAX is a very busy airport and when there is a rocket launch all air traffic is naturally halted for a short time.
It’s clear from the footage in this video there were at least three spacecraft awaiting the launch and they not only intercepted whatever was immediately deployed from the rocket, two craft gave chase or even headed off the rocket completely as they have greater speed than the rocket does. What they did with the rocket was not captured on video—at least not that has been shared yet that I’m aware of. I suspect they vapourized it, too.
The neat and tidy video footage SpaceX shows us doesn’t necessarily apply to this launch at all. They can make video of a rocket at any time and say it was that one and that the mission was successful and the rocket returned to Earth and landed safely as it’s designed to do. They love their theatre and fakery and I just don’t believe them any more.
They could have been Galactic Confederation craft or those belonging to one of the secret space program terrestrial groups who are supposedly supporting the removal of the cabal and protecting us—but as you will see, it was very busy up there and we had incredible help to prevent what was possibly another 9-11 scale event.
That’s just my opinion from what I know, and what I see. You can decide for yourself. Watch the whole scenario from multiple vantage points for several minutes, including the beach and pier. This is astonishing footage. Watch it before it disappears.

Toward the end of the video we also see some unrelated older footage from 2012 of the Washington DC capitol building and some interesting comings and goings, as well as what looks like it might be the launch of a weapon. For some reason ESPN aired the footage and someone recorded it from their television. Unbelievable.
If you want to see a sobering look at these so-called SpaceX rockets, you may want to check out a video I posted on the Captain’s Blog today about the SpaceX Fraud Exposed from A Plane Truth channel. We really need to stop being so gullible.  ~ BP