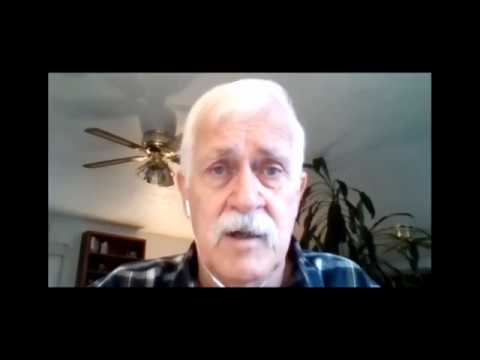 
A federal judge heard testimony Thursday about Winston Shrout's "unusual, bizarre and implausible" delusions but still found the prominent sovereign citizen competent to face sentencing next month for failing to pay taxes for 20 years. Shrout represented himself at a trial in 2017 and was found guilty of 13 counts of issuing fake financial documents to banks and six counts of willful failure to file tax returns. This time, his defense attorney, Ruben Iniguez, argued that Shrout was unfit for sentencing. The defense hired Alexander Millkey, a forensic psychologist, who evaluated Shrout for more than five hours over two days and diagnosed Shrout with grandiose delusional disorder. But Millkey concluded that the mental health disease doesn't impair Shrout and found him competent to assist in his defense and understand the legal proceedings. Shrout described himself as an "alien walk-in'' who inhabited a 5-year-old's body and descended from Jesus and Mary Magdalene. He said he was sent to Earth "to destroy the Jesuits,'' according to court testimony. The 70-year-old also told mental health evaluators that he communicates with a "galactic roundtable in his dreams'' and operates in a "third-dimensional frequency.'' A court-appointed psychiatrist, Stephanie Lopez, also found Shrout competent for sentencing. She found that his delusions don't rise to the level of a mental health disorder. Some of the delusions, for example, are shared by some "subcultures'' in society who believe in aliens or UFOs, Lopez testified. "Mr. Shrout's function is completely preserved,'' she said. "He does not exhibit a level of distress that's anything beyond what a normal person does.'' U.S. Tax Division trial lawyer Stuart Wexler, who prosecuted Shrout, pointed out that Shrout sought a mental health evaluation about a month after he heard he may face a potential 15-year federal prison sentence for his crimes. Wexler accused Shrout of simply delaying his sentencing. At the trial, Wexler said Shrout earned a total of $562,224 from a carpentry pension, plus royalties and payments for his financial seminars, between 2009 and 2014, the years he failed to file tax returns. He aimed to cheat the U.S. Treasury and banks and preached his illegal schemes to hundreds of others in paid seminars across the country and abroad, the prosecutor said. Shrout took the stand in his own defense and testified that he was a non-resident alien (not in the extraterrestrial sense), who hadn't paid taxes for about 20 years, joining what he estimated are about 65 million other people in what he called "tax avoidance.'' He also claimed he was given authority to make financial documents from the Office of International Treasury Control to help relieve debts from mortgage foreclosures. The office Shrout cited, though, is considered by the U.S. government a fraudulent organization that claims ties to the United Nations and the Federal Reserve. A jury convicted Shrout of all 19 charges after a three-day trial. On Thursday, the prosecution also asked the court to take Shrout into custody for violating the conditions of his release pending sentencing. He was ordered not to hold or promote financial-related seminars, yet he's advertised an Oct. 19 seminar on his website and is charging $570 per attendee. U.S. District Judge Robert E. Jones scheduled Shrout's sentencing for Oct. 22 and allowed him to remain out of jail in the meantime, but he issued a warning that Shrout better follow the conditions of his release. "He may have delusional beliefs, but as far as I'm concerned he is fully competent to understand any matter,'' Jones found. Holding up one of Shrout's seminar advertisements, Jones said, "You're just playing with your future when you engage in this.'' https://www.oregonlive.com/portland/i... https://www.usnews.com/news/best-stat...