Vaccine profiteer, Paul Offit, announces Trump’s child is autistic & laughs at a child who died after vaccine he invented

Vaccine profiteer, Paul Offit, announces Trump’s child is autistic & laughs at a child who died after vaccine he invented Sat Oct 20, 2018 1:23 am 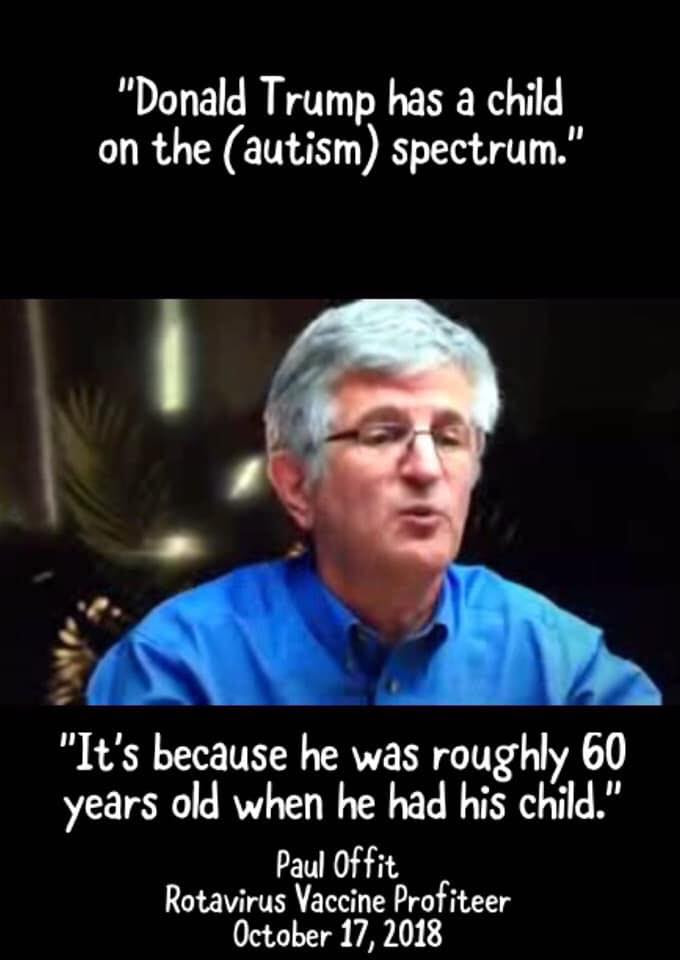 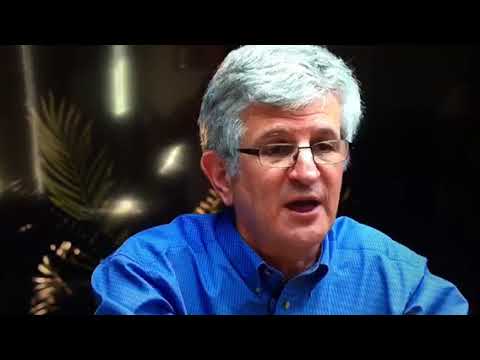 Editor’s note: We published this story October 17th (which can be verified on our social media etc) but updated date so it shows up front and center on our website for all to see.
UPDATE: After our viral story (and the only article on the internet about it at this time) about Offit diagnosing a child with autism he’s never met and saying it’s because his dad was 60, it appears he was forced to give a public apology. This could be because the last man who made such a claim (not nearly as famous with a little Youtube channel) was threatened with a lawsuit by none other than Melania Trump. That man (back in 2016) had to make a public apology or else be buried in court by the Trumps. Looks like Paul Offit Profit decided he better follow suit. No matter WHAT you think of the current administration- children are off limits- and the wrath of the public on his Facebook page apology (which you can read at bottom of story in sources) shows they are very angry.

We couldn’t believe it when we heard it and had to share it with you as soon as possible.
Guys, I’ve had my website for five years. And I’ve quoted many, many doctors. But watching this live, last night, was one of the most shocking things I’ve ever seen. Whether you are a fan of the president or not, should anybody be outing your child, calling them autistic and blaming you because of your age for your child having a disability? #Narcissist
Scroll down to watch the video.

Oh, and the answer is no. No one should do what Paul Offit just did.
But remember the last time someone did this? In case you don’t, some guy on YouTube made a video suggesting the youngest Trump child might be autistic and Melania Trump threatened him with a lawsuit. (She also wanted an apology from the person who posted the video and for them to remove it.)
When word broke about the potential lawsuit against YouTuber James Hunter, the video already had more than 3.2 million views. However, after Melania’s lawyer contacted him, he replaced the original video with an apology vid:

“It was incredibly irresponsible of me to diagnose Barron Trump using a selection of misleading videos. I can understand if you might not want to accept my apology, but please know I didn’t mean to hurt anyone with my video.”1

He was also freaking out. As he should have. While Hunter claimed he really believed Barron was on the spectrum and wanted people to stop bullying him for a condition he couldn’t help, it wasn’t his job to do and was totally unnecessary.
Perhaps the Trump’s will let Offit know how they feel or will his (what some consider forced or insincere) suffice?
THE VIDEO BELOW STARTS OFF QUIET BUT JUST WAIT FOR IT. IT WILL BLOW YOUR MIND AND INFURIATE YOU.
They also mom shamed Jenny McCarthy and had no science to back up a thing they said. Just laughing at dads holding pics of their dead child, making up stories about Barron Trump, who is just a child, and remember, Zdogg is the one who (in our other story) made fun of children with autism.  Yet the CEO of ZAPPOS donated nearly 400 MILLION to fund a project that he would head? It looks like it failed within a few years in Vegas and now Zdogg, an MD with a wife who is a working MD or so reports say, has said on video he’s broke. You cannot make this stuff up.