Another White Male Patsy Set Up
To Demonize the Right 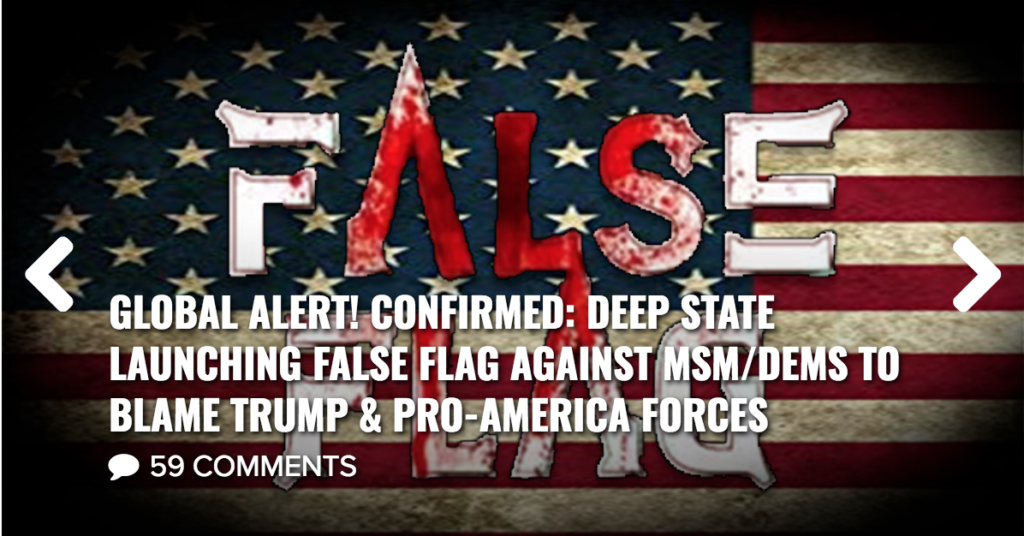 Recommended reading: Is the synagogue shooting yet another hoax where nobody died or just a false flag psyop?
State of the Nation
Remember, it’s still October so there’s plenty of time for more “October Surprises”.  Like today in Pittsburgh PA.
What distinguishes this particular false flag mass shooting from all the others is that a synagogue was quite deliberately targeted.
Make no mistake about it: this is the BIG one that SOTN has been writing about for months.

Editor’s Note: SOTN has written several articles predicting that the Deep State Democrats would do some very stupid stuff during October and right up to the election.  For example: The October SURPRISES of 2018 to be Preceded by a September SHOCK & AWE!  Then there was this post on the purge of the Right by the Big Tech titans before the election: Something Wicked This Way Comes…Between Now And Election Day  There was also this prescient piece about the OCTOBER SURPRISE 2018: A Whole Month of “Shock and Awe”.  We’re not saying we told ya so; rather, we’re reposting these so that folks can comprehend what the heck is happening right now.  For it’s only going to intensify until Nov. 6, as we cogently point out in each of these exposés.  A false flag mass shooting is definitely on the way!
(Source: FALSE FLAG BOMB SCARES: Who’s doing it and Why?) 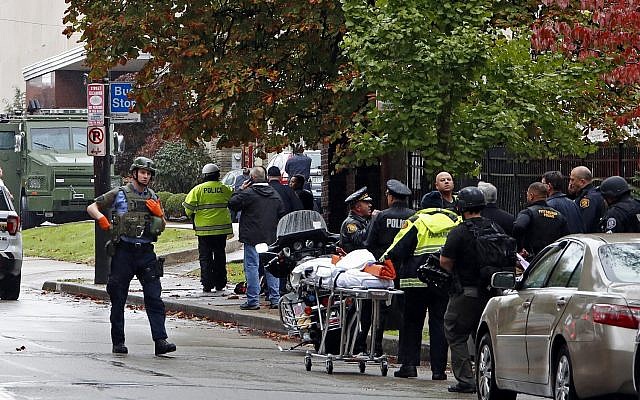 First responders surround the Tree of Life Synagogue in Pittsburgh, Pa.
This website has frequently predicted that at least one highly consequential mass shooting would take place this month.  And now it has.
We were quite certain of this extremely unfortunate eventuality because of the necessity for the Left to galvanize the vote on November 6th.
There is no better way to accomplish that goal than to shoot up a Jewish synagogue because of the massive blowback that will now occur.  There is no other voting demographic, that can create a colossal reaction to this staged event, like the national Jewish community.
The liberal Democrat Party has been supported majorly by the Jewish community for many years. Many of their biggest donors are likewise Jewish. Hence, this obvious false flag psyop was designed to evoke immediate and intense sympathy.  And so it will.

This fateful black operation will actually serve multiple purposes for Deep State.  First and foremost, it will motivate many anti-gun voters to cast their ballots for gun control candidates.  That planned effect alone is quite HUGE.
There’s so much fear purposefully generated around guns in America by Deep State Democrats over several decades that it would be quite easy for the perps to trigger a massive and irrational reflex against firearms.  That was the primary purpose of this rogue CIA psyop at the Pittsburgh synagogue.  The power elite knows that the time is very short to strip Americans of their God-given and constitutional right to bear arms.
With this understanding, it makes no difference to the globalist cabal whether this shooting even took place.  All they care about is milking it for every ounce of gun control that they can squeeze out of it.  This is precisely why they carried out the murderous rampage at a synagogue; TPTB knew they needed to leverage the staged event for maximum drama. Synagogue Massacre: Let the Deep State drama begin! Did the mass shooting even happen? Even if it didn’t, draconian gun control is on the way.

Let’s be very clear: there’s a stock market crash in the making, as well as an economic depression by the Deep State financial engineers  This is the most effective way for the globalists to derail the Trump train between now and Election Day.  In fact, FED Chairman Jerome Powell is intentionally working to reverse all the market gains that have occurred during Trump’s term in office.

The critical point about the coming monetary meltdown and financial collapse is that the wealthy elites will need some very serious protection this time around.  The body politic is simply too aware of the root causes of this precipitous downturn that has already started.  It was actually fastidiously engineered by the NWO globalists to occur just prior to the election to prevent the coming RED tsunami. See: RED ALERT: Globalist Cabal Needs A Major False Flag Attack Between Now And Election Because of Red Tsunami
Because the elites will feel so threatened by an enlightened citizenry, they were compelled to perpetrate an egregious crime that would sufficiently provoke a knee-jerk reaction among the gun-hating Left.  In point of fact, the wealthy elites are more afraid of We the People than ever before.
The Internet has permitted millions of users to post their “citizen indictments” of virtually every billionaire on the planet.  Notorious banksters and hardcore warmongers like Evelyn de Rothschild and George Soros, respectively, have been IDed as PUBLIC ENEMY #1 across the World Wide Web.  Yes, the perps have been caught and captured by a “web” of their own making.
Both of these international criminals are Jewish, as are many other super-rich globalists and geopolitical heavyweights; hence, the Pittsburgh synagogue was selected by purposeful design.  For example, the perps can now use the ever-powerful accusation of “anti-Semitism” to shut down any dissent that pushes back on the official narrative about this shooting. 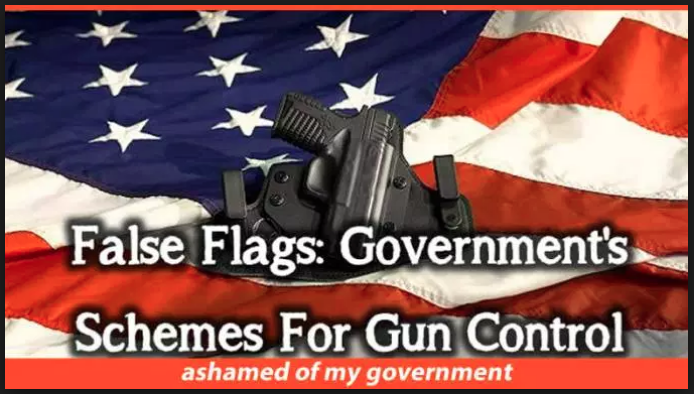 Just as Florida had it’s Parkland high school shooting, Connecticut had Sandy Hook and Nevada had the Mandalay Bay massacre, Pennsylvania just had the Pittsburgh synagogue shooting.
The globalist gun control strategy is to take the guns away state by state, which is exactly what they are doing.  Slowly but surely the gun controllers are enacting more restrictive gun laws especially curtailing firearm ownership among the 18 to 21-year-old group.
This is the first major shooting in PA and an obvious set-up to compel that state legislature to pass draconian gun laws—immediately.  There are a LOT of gun owners throughout the state as hunting is very popular and they pose an obvious threat to the Pittsburgh and Philadelphia elites.
The nation can expect similar state-by-state false flag mass shootings particularly ones that see AR-15s used.  Robert Bowers was said to have used an “AR-15-style assault rifle and several handguns”, as is usually the case in these false flags and hoaxes.   Without assault rifles and bump stocks, the homegrown militias and oppressed citizenry is essentially powerless against militarized law enforcement and/or the U.S. military.

Israel is about to launch a major invasion against Gaza.  Prime Minister Benjamin Netanyahu is also under serious threat of prosecution and is forced to wag the dog for his political survival.
It’s been reported by the Israeli press that Palestinians have recently been firing rockets into Israel just like they allegedly did prior to Operation Protective Edge—the 2014 invasion that devastated much of the Gaza Strip.  The hardcore Zionists in Tel Aviv is itching for a repeat performance in an effort to cleanse the whole region of Palestinians.  Their scheme is to make life so unbearable that the Muslims will leave of their own accord.

Furthermore,in order to generate an outpouring of sympathy for the Jewish cause against the Palestinians, the synagogue attack was timed to take place just before this planned attack on Gaza.  Just like the last invasion, this one promises to be another bloodbath.  The Israelis, therefore, know that they must arouse international support in advance lest they suffer universal condemnation.

If there is a defining moment of the 2018 election cycle, this PA synagogue massacre it is.
It has the potential to CHANGE EVERYTHING!  In ways that few can hardly imagine.
Therefore, it’s crucial for the Right to disseminate the truth about these false flag operations.
The aftermath of this naked black op in PA will be used to take away firearms nationwide unless it’s exposed for what it truly is—a cynical, false flag shooting staged to take away our guns.
Please read and disseminate this vital exposé to properly comprehend what’s really going on here. “FALSE FLAGS” are LEGAL PROPAGANDA Produced by the Department of Defense
In case the reader has not grasped the true import of this false flag terrorist attack, here’s the title it was posted under at another Alt Media website.

This Is The Big One! Black Op Executed to Take Away Our Guns! HUGE False Flag Shooting at PA Synagogue!

State of the Nation
October 28, 2018
Editor’s Note
We at SOTN really do not know if this tragic event even took place.  If it did, we send our most sincere condolences to the families and friends of the dead and injured.  May God bless everyone involved during this time of grieving.
___
http://stateofthenation2012.com/?p=106867